Me And The Other: this exhibition contains more than 180 works by 14 artists and analyses Indian photography through the portrait. The autors reveal their interest in the concept of identity in a number of formats ranging from poetic allegory to the representation of stereotypes of popular culture. Time to come to avenge: exposition of a collective thesis that brings together one hundred works to reflect upon the passing of time; all the oevre on show come from the Artium Collection. The 2008 Gure Artea awards presents 3 different practices in the contemporary art of the Basque Country that have in common strongly critical content and social analysis. Eduardo Chillida, Jorge Oteiza and Richard Serra in Dialogues: permanent sculptures around the building museum area and a show of another 23 works inside the museum. 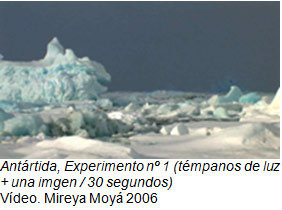 The Self and the Other. Portraitures in Contemporary Indian Photography
North Gallery, from October 24
Curators: Lluisa Ortínez and Devika Daulet-Singh

This exhibition contains more than 180 works by 14 photographers and analyses Indian photography through the portrait. The artists reveal their interest in the concept of identity in a number of formats ranging from poetic allegory to the representation of stereotypes of popular culture and offer, through portraiture, their particular perception of contemporary social fabric of life in India.

The notion of "I" and how this fits into a map of identities is investigated through performance and role play. The project also shows the work of photographers who capture the idea of "the Other", not in an ethnographic sense but in a more intimate, more subjective vision, to create a new scenario open to dialogue.

The problem of identity is one of the subjects that have always interested these artists. From poetic allegories to the recreation of a dreamt identity; from the representation of stereotypes of popular culture to the creation of fictitious figures that recreate the colonial history of India; from making the invisible visible through an examination of existing dualities.
These works are a sample of the different manifestations that find their origin in the subjective consciousness of the artist and, in short, present the reality or realities of a country through the eyes of its most representative artists. The exhibition begins with a selection of self portraits by UmraoSingh Sher-Gil (1870-1954), pioneer in the mise-en-scène genre in India and continues with works by Achinto, Anay Man, Anup Mathew Thomas, Anita Khemka, Pushpamala N, Prashant Panjiar, Ketaki Sheth, Mahendra Sinh, Deelep Prakash, Sunil Gupta, Gauri Gill, Vidura Jang Bahadur and Nikhil Chopra.

The exhibition concludes with a catalogue with texts written by the curators Lluisa Ortínez and Devika Daulet-Singh and the first publication of a text by Deepak Ananh, Indian writer and exhibition curator, on the philosophical concept of the term "The Self and the Other" and its application to the photographic medium.

A season of Indian films and a series of talks complete the Self and The Other project.

Exposition of a collective thesis that brings together one hundred works to reflect upon the passing of time. The title of the exhibition in Spanish plays on the double meaning of the word "venga", firstly as the present subjunctive of the verb "venir (come)" or as the present indicative of the verb "vengar" (avenge). In this sense, the exhibition proposes two parallel routes, one of which is a more narrative account of the more linear and objective conception of time (come, elapse), and the other is more revisionist and subjective-philosophic (in the sense of avenge). All the works on show come from the ARTIUM Collection.

Daniel Castillejo: "El tiempo que venga alludes to the idea of coming or avenging as an apparently correct premise that defines the present, refers to Kairos (the Greek god of the personal, internal time of each individual) and to Cronos (linear, measurable time) at the same time and in the same time; on the one hand, to the search for the opportunity, the ideal moment and on the other hand, vengeance, to the pitiless passing of time. It speaks of the indefinable and of the ponderable, of chance and destiny. Meanwhile, disorientated, because there no longer seems to be anything but rhetorical time, because we mistake one for the other, we look blindly at the whole, turning everything into a problem; nothing escapes the questioner and the impossible certainty. Today, time is rhyzomic and for this reason is impossible to sense but it is also indescribable. It is a speculation of occurrence based on its context and on its chances for success or of frustration, linked to simultaneous processes or those that have already occurred.

In the same way, art as a device that creates problems, which we use as pure artifice, also confirms and asks permanently in a look at the whole, to the alluded present past. As it could not be otherwise, the responses obtained are an imperfect representation of the future".
Produced by ARTIUM (Vitoria-Gasteiz)

Exhibition corresponding to the 2008 Gure Artea awards of the Basque Government. Three different ways of confronting art reveal the plurality of the languages and practices in the contemporary art of the Basque Country. In spite of the diversity of the languages used in their works, the proposals of Asier Mendizabal (Ordizia, 1973), Xabier Salaberria (Donostia-San Sebastian, 1969) and the group formed by Iraxe Jaio (Markina, 1976) and Klaas van Gorkum (Delft, Holland, 1975), have something in common – their strongly critical content and social analysis.

All of them review the current context through its symbols, how these act on the construction of our daily language and finally how these form part of an ideology, in other words, affecting our desires and behaviours. The biennial exhibition presents the most recent productions of the three winners of the Gure Artea competition.

Dialogues. Eduardo Chillida, Jorge Oteiza, Richard Serra
Dialogues is a tribute to three of the greatest artists of contemporary sculpture, the basques Chillida and Oteiza and the north american Richard Serra. Three huge art works, (Chillida's Praise of Architecture XVI, Oteiza's Looking Balcony, and Serra's Finkl Octagon), all of them made of steel, and belonging to ARTIUM's Collection. These three pieces can be permanently seen around the building museum area and until january 2010 a show of another 23 works from the same artists, will be on show inside the museum.

ARTIUM de Álava. Centro-Museo Vasco de Arte Contemporáneo
C/ Francia 24, 01002 Vitoria
From Tuesday to Sunday: from 11 AM to 8 PM, without interruption
Mondays: closed (unless this coincides with a public holiday)
The ticket office will remain open until half an hour before closing time