Kaleidoscope d'Italie (Part II) is a compilation of the work of 32 photographers which relates the history of Italian photography from the '50s to the present day. In 'Tempi osceni: Moments de la photographie contemporaine italienne II' the artists try to resist the "obscenity" (in a figurative sense) of the current Italian situation by denouncing the triviality, indecence and bad taste of political representatives through their politically committed photographs and videos, which are sometimes off-kilter. 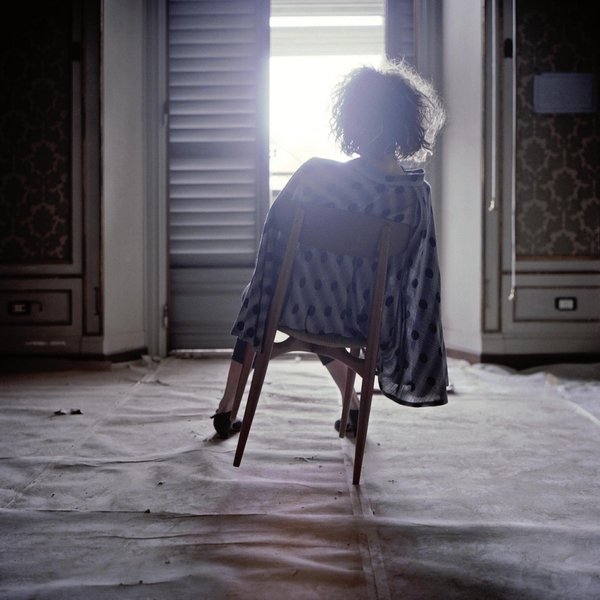 The relationship between art and photography is a complex one and for the first decades of the period in question two different approaches existed side by side: one artistic, the other documentary. A constructive dialogue between them proved to be difficult as they did not share any common ground.

From the '60s onwards, international artistic influences began to gain in importance and experimentations with the photographic medium enabled Italian artists to achieve international recognition and to link up with contemporary art. In providing photography with independence of expression and an intellectual value, during the '70s they managed to strengthen their position in the world of art.

The questioning of the landscape was acquiring more importance and over the years this became a visible characteristic of Italian photography. The same applies to the rapprochement of photography and painting and to experimentations which have remained in place in Italy since the invention of the medium.

Contemporary photography is marked by the devotion of photographers to the contemplation of time and space and the search for a new iconography making it possible to see beyond reality. Under the influence of the preceding generation, photographers today are developing a new way of looking, one which we could call purified, enabling them to question, observe and react.

When the idea came up of organizing a new exhibition about contemporary Italian photography, our starting point was the 2001 exhibition Tempi in scena : Moments de la photographie contemporaine italienne. This exhibition brought together both Italian and foreign artists who all had all trained at the "Fondazione Studio Marangoni" photography school in Florence where they studied within the specific framework of the Corso Triennale. The challenge was a difficult one : it was necessary to avoid a "photocopy" exhibition, by merely reusing the same artists for example, and a new thematic thread had to be found.

While for the first exhibition we showed aspects of new artistic sensibilities of a generation of artists marked by the change of paradigm of contemporary photography in Italy, exploring intimacy and mutations of daily life, for the second exhibition we decided to highlight photographic images that show today's reality as an attempt to resist the current Italian situation. Through observing the work of different artists, a double tendancy emerges. On the one hand, the representation of the historical moment that Italy is undergoing and, on the other hand, a sort of idealization in the attempt to overcome a reality that seems to be uncomfortable for many Italians.

From this duplicity sprang the idea of showing this Italy where the image of the violent reality of political and cultural issues (which are gradually destroying it) counters the image of a sublimated transfiguration. As the photography critic and historian Roberta Valtorta has noted : "Artists fully use the possibilities that photography provides thanks to its suppleness and its capacity to adapt to any type of context." (Roberta Valtorta, Il pensiero dei Fotografi, Un percorso nella storia della fotografia dalle origini a oggi, Bruno Mondadori, Milano, 2008)

The link between these two exhibitions is to be be found in the articulation of a photographic thought process that joins big history to little stories, the public to the intimate, reality to fiction. This link is also reinforced by the title which uses the substantive "tempi" to create a play on words : tempi in scena for the 2001 exhibition and tempi osceni for the 2009 one. From an era when the artist was inspired by intimate setups, the changing of the private body into a public one, and the influence of media on daily life, we pass to an emerging generation whose new voices are making themselves quietly heard in Italy. The artists try to resist the "obscenity" (in a figurative sense) of the current Italian situation by denouncing the triviality, indecence and bad taste of political representatives through their politically committed photographs and videos, which are sometimes off-kilter.

Hence Simone Donati's work sets the pace for the exhibition's construction. Her Welcome to Berlusconistan relates the fracture of today's Italy through the faces and gestures of people who participate in the meetings of "Popolo della libertà", the party formed by "Forza Italia" and "Alleanza Nazionale".

To better understand this typically Italian phenomenon it is only necessary to read what Marco Travaglio wrote in Il Fatto on 24 September 2009 : "Massimo D'Alema (an illustrious representative of the Partito Democratico and former Prime Minister) is right : in Italy there is too much anti-Berlusconi-ism which leads to a sort of anti-Italian sentiment. Berlusconi says so too (the Left is anti-Italian), so it must be true. "This concession to an enlightened minority who live in an unhappy land", Alema explains "is the worst approach we could have. We should instead try to understand the reasons of the Right."

The pieces selected for this exhibition express, in a way, this dual sentiment of hard and fast reality and idealised refuge.
The videos by Franco Menicagli and Marzia Migliori allegorically and symbolically relate the above-mentioned compromising situation.

In Ciotola by Menicagli we observe the reconstruction of a broken bowl which at the end of this badly-done repair job leaves the traces of adhesive tape while in Bianca e il suo contrario , the artist Marzia Migliora appears dressed in white, immobile in front of the camera when, all at once, drops of black liquid start running down the length of the body and the dress, covering them in black. Thus two different situations and two apparent sensibilities evoke the social and cultural rupture in a poetic and philosophical way.

Alessandro Mencarelli's piece, Hotel Clandestine , the story of an illegal immigrant who takes refuge in an old cottage which becomes his place of residence, counters the series Hotel Rêverie which shows photographs of staged scenes in an unoccupied hotel, under renovation, revisited as a key to dreams Silvia Noferi.

The piece Among by Fabio Barile is a long narrative about 1200 km of Italian coast which reveals an alteration in equilibrium through sea erosion due to Man's speculative intervention. Behind the beauty of these images hides a wounded nature, pierced through by Man's disrespectful actions.

The Tuscan countryside springs forth in all its beauty from the series Occhio ragazzi by Giuseppe Toscano. However, this sentiment changes radically when the viewer notices that this piece is based on news items from 1968 and 1985 when the Florence region became the stage for a series of murders of young couples. In taking inspiration from archived real crimes the artist recreates an ambiguous environment situated somewhere between objective account and subjective fiction. By highlighting details symbolising tearing, effacing, encirclement, enclosure or even death, Toscano succeeds in transfiguring the daily life of places henceforth abandoned by Man. By framing trees and bushes in close-up and playing on contrasts of focussed and unfocussed shots, he amplifies the mysterious atmosphere by hinting at violence hidden from our collective representations of fictional fairy-tale landscapes.

The series Paesaggi con figure by Chiara Cochi also plunges us into a strange universe arising from our post-industrial society where nature seems to be doomed to extinction. The harmony of a valley and the solitude of the walker are altered by the encroaching asphalt and Man (defined by Cochi through figures) is no longer part of the whole but becomes a variable element in the context.

This little, non-comprehensive selection of a few young artists connected to the Fondazione Studio Marangoni school in Florence bears witness to a new social, political and artistic awareness and the impact of new photographic thought concerning the current Italian cultural landscape.