A panorama of contemporary creativity in Africa revolving around the theme of Borders. The African Photography Biennial bring together some 100 photographers and video artists displaying their works for a month in different venues around the Malian capital. About ten exhibits will be shown in important places and working-class neighbourhoods of Bamako: the National Museum, the Palace of Culture, the District Museum, and the Institut National of Arts Gallery. More over, workshops, debates, interactive projects and screenings will provide opportunities for exchanges and discovery for artists and professional photography from around the world. 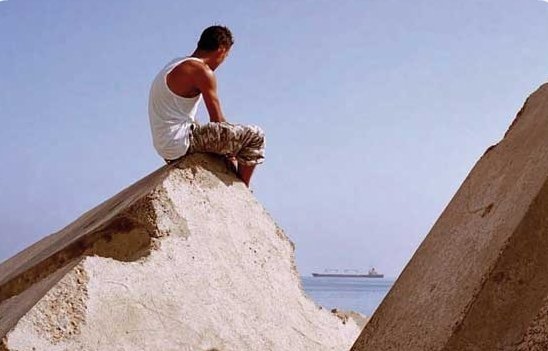 From November 7 through December 7, 2009, in Bamako (Mali), the Bamako Encounters – African Photography Biennial will bring together some 100 photographers and video artists displaying their works for a month in different venues around the Malian capital. This year the Encounters will explore the theme of Borders, "a concept that is eminently current and paradoxical in a world where, on the one hand, we proclaim and practice the disappearance of political and economic borders and, on the other, erect walls to protect them."
This 8th edition was introduced on July 10, 2009, at the Arles Encounters by the new leadership team composed of Michket Krifa and Laura Serani, serving as artistic directors, and Samuel Sidibé, delegate general for the event.
Getting the general public more involved in the event is a priority for the new leadership team. In addition to the awareness-raising work done in the schools and universities, about ten exhibits will be shown in important places and working-class neighbourhoods of Bamako: the National Museum, the Palace of Culture, the District Museum, and the Institut National of Arts Gallery(INA). More over, workshops, debates, interactive projects and screenings will provide opportunities for exchanges and discovery for artists and professional photography from around the world.
Panafrican Exhibit, a panorama of contemporary creativity in Africa through 40 photographers from 20 African countries, along with thirteen video artists who will question their interpretations and representations of borders.

Thematic exhibits on various aspects, issues and consequences of cross-border movements:
The Maghreb Connection, Living Under One Roof, Albinos by Alain Turpault, Goudron Tanger-Le Cap by Bruno Boudjellal, Nord-Kivu by Karel Prinsloo.
Father more, within the programme for this 8th edition: a Focus on the Michael Stevenson Gallery (Cape Town, South Africa) with Pieter Hugo and Nandipha Mntambo, a video work on the work of Martin Parr thanks to the partnership between the Bamako Encounters and the Arles Encounters, heritage exhibits (Oumar Ly, Jean Depara, Bruce Vanderpuije), many Malian exhibits (collective of young Malian photographers, fashion photography by Malick Sidibé and the Archives of the Agence Malienne de Presse et de Publicité (AMAP)) and also, several workshops presented in the form of screenings and urban posters whose Visa pour Bamako organized in Accra by the French Embassy in Ghana, or Matola held in Mozambic by the association L’Oeil en Cascade.

The catalogue for the VIII Bamako Encounters, co-published by Actes Sud and Culturesfrance, will be available in October 2009.

The Bamako Encounters, African Photography Biennial are a production of the Ministry of Culture of Mali and of Culturesfrance, with support from the Delegation of the European Union to Mali, Bolloré Africa Logistics, AFD, OIF, PUMA.creative, Prince Claus Fund and the cultural service of the french Embassy in Mali.
Held in partnership with the National Museum of Mali, the Bamako District Museum, Dupon and Picto.

Festival venues
To facilitate exchanges and Encounters during the professional week, the National Museum will become the Biennial headquarters. For the first time, the exhibits will fill all the rooms, following the principle of "dialogue" between photography and the museum’s works and pieces. Films and slide shows will be shown in the Museum’s screening room. Debates and post-production workshops, portfolio readings as well as reception desks and a restaurant will be set up in the Museum’s gardens and on the patio.
Digital-photo studios, set up on the grounds, will enable the public to come and be photographed free of charge for the duration of the Biennial. The Palace of Culture will host most of the other exhibits. In the evening, concerts and screenings will be held on the grounds and on the river banks. Joel Andrianomearisoa has been put in charge of set design for all of the Biennial’s exhibition spaces.