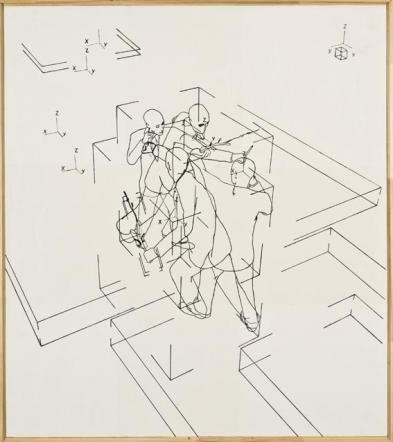 We are proud to present the first exhibition curated for an art gallery by internationally known curator and art critic Gerardo Mosquera. This is his first work in a commercial venue. Mosquera’s guidance as an art critic and curator was seminal during the ‘80s, a period known as the Cuban Renaissance in the arts. Most of his curatorial work has been done outside of Cuba, related to museums and institutions worldwide. He has also worked associated to prestigious institutions and organizations such as the Prince Klaus Foundation, Holland and the New Museum of Contemporary Art, New York. As an art critic he has written seminal texts, published in important books and catalogues. As curator he has organized and presented many influential exhibitions in diverse institutions.

In Denarrations Gerardo Mosquera brought together these seven contemporary artists whose works are aiming at similar concerns. According to Mosquera:

This exhibition presents works that use a narrative structure and simultaneously discuss, deconstruct or even subvert narrative conventions. While the artists included have very different poetics, and their works range from installations to video-performances to paintings, all of them share a will to narrate and to denarrate. These denarrations tell diverse stories by re-inventing narration in unexpected ways and questioning the internal mechanisms of narrative. The works relate distinct tales –some humorous, some disturbing–, but their main story is story-telling. This is not a conscious, programmatic or conceptualized process by the artists, but just a natural way to deal with complex meaning in their works.
Denarration tries to articulate sharp examples of this somewhat against-the-grain orientation in contemporary art. The works in exhibition go from Tandberg’s uncanny fable to Lucas’ controversial denarration of the ultimate narrative, that of Genesis. Their interaction in a provocative dialogue at the exhibition suggests more stories than the ones that they un-tell.

Rodrigo Facundo (Colombia) born in 1958, currently lives and works in Bogota, Colombia. Facundo studied art first in Barcelona, Spain; at the University of the Andes in Bogota and at the University of Illinois, where he also received his M.F.A. in 1990.His work has been exhibited extensively in Mexico, Colombia, Brazil, Spain, Switzerland and Germany among others. In 1998 the Museum of Modern Art in Cali, Colombia, presented a solo exhibition of his work. His work has been exhibited at the Art Biennial of Bogota', the Museum of Modern Art of Colombia, and at the Havana Biennial, Havana.

Aernout Mik (Holland) born in 1962, currently lives and works in Amsterdam, Holland. His impeccable and long curriculum includes his participation in the Venice Bienniale; his work “Osmosis”, which we are showing in our exhibit, was on exhibition until last month at the Museum of Modern Art (MoMA) and is currently showing at the Tirana Biennial. His work can be found in collections such as New Museum of Contemporary Art New York; Central Museum Utrecht; Museum het Domein, Sittard; Stedelijk Museum, Amsterdam; Museum für Moderne Kunst, Frankfurt; Queensland Art Gallery, Australia; and here in Miami at the Rubell Family Collection.

Tracey Snelling (USA) born 1970, she currently lives and works in Oakland, California. Attended San Joaquin Delta College, Stockton, CA and University of New Mexico, Albuquerque, New Mexico. Tracey’s work has been extensively exhibited in England, Holland, China, Greece, Israel, Switzerland and Belgium. Her work can be found in collections such as the Baltimore Museum of Art, Baltimore, Maryland; the Museum of Fine Arts, Houston, Texas, the West Collection, Pennsylvania and the 21c Museum, Louisville, Kentucky among others. Last year she was awarded a residency by Galerie Urs Meile in Beijing, China.

The Mosquera show will coincide with the Art Basel / Miami Beach fair because, like the fair, it is a presentation of important works by major contemporary artists from different parts of the world. The exhibit indicates an expanded direction for the gallery: while its principal focus will remain the presentation of artists from the Americas, we will continue to exhibit some of the "outside" artists included in "DENARRATIONS", as well as others from Europe and Asia. We hope you will follow us in our evolution.