The Reach of Realism

The Reach of Realism brings together an international group of artists exploring the artistic traditions of Realism in an age of digital manipulation and staged reality. The contemporary artists in The Reach of Realism use various strategies to address the increasing fusion between daily life and popular media. The artists in the exhibition convey the desire for authenticity in images while distrusting the ability of images to communicate an objective reality. 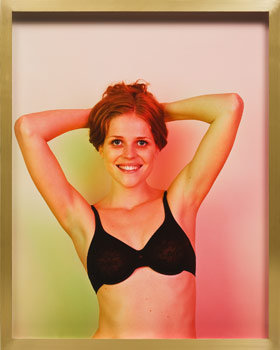 The contemporary artists in The Reach of Realism use various strategies to address the increasing fusion between daily life and popular media. From 19th century painters who depicted everyday life during the industrial revolution, to the 1980s “pictures generation” of artists who criticized the media’s growing influence on society, artists have used realism as a political strategy. Today, it is widely understood that while images are effective in communicating ideas, they have lost some impact in communicating truths because of increased manipulation and outright fabrication. The artists in the exhibition convey the desire for authenticity in images while distrusting the ability of images to communicate an objective reality. By choosing to obstruct straightforward depictions and instead reveal poetic truths, these artists question whether the images they produce and the realities they portray can be meaningful. In creating semblances of reality, the artists are more interested in the inclusion of a detail or moment in a work that contains the potential for realism and not realism itself.

The exhibition includes a selection from Gillian Wearing’s series Signs that say what you want them to say and not Signs that say what someone else wants you to say (1992-1993). In these works, Wearing chose pedestrians from a busy area in London who were typically bombarded with mass media images and asked them to make signs to communicate whatever was on their minds. Lars Laumann’s new film Shut Up Child, This Ain’t Bingo (2009) provides a compelling look into the boundaries of art and life by examining the story of a fellow artist who falls in love with her subject, an inmate on death row in Texas. Wilhelm Sasnel questions realism through his paintings that move between representation and abstraction while honing in on skewed pictorial perspectives and mundane details. Adam McEwen merges language, iconography, and mundane objects to create humorous interpretations of daily life.

Sara VanDerBeek collects images that refer to specific histories, such as the destroyed Bell Grove Plantation, to construct her photographs, but then intervenes in their possible interpretations through layering and obstruction of direct communication. In Elad Lassry’s work, he incorporates found images and images he has photographed himself to complicate the classification of the types of images artists choose to work with. Ragnar Kjartansson performs the same fragment of a song over and over in his video God (2007), questioning whether a moment becomes more or less real if it is repeated. Artur Zmijewski reveals the power of images in his video work Them (2007), in which various conflicting social groups compete to create their own iconography.

The artists in The Reach of Realism question the status of realism in artwork today. They choose particular images and narratives to work with and grapple with the challenges and implications of circulating them within artwork.