Following the success of the first two Monumenta events, leading French artist Christian Boltanski takes up the Monumenta challenge in 2010. Embracing the whole of the immense Nave of the Grand Palais, Boltanski creates a rich, intense commemorative space, in sound and vision. 'Personnes' is the evocative title of this social, religious and humanistic exploration of life, memory and the irreductible individuality of each and every human existence - together with the presence of death, the dehumanisation of the body, chance and destiny. 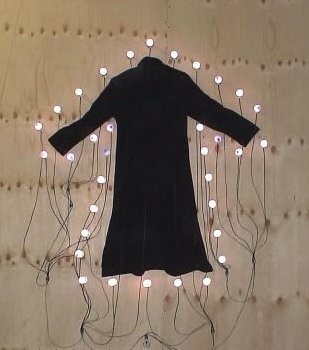 MONUMENTA is an outstanding, ambitious artistic encounter. Each year, a leading international contemporary artist is invited by the Ministry of Culture and Communication to create an exceptional new work for the 13,500 m² Nave of the Grand Palais, in the heart of Paris.

Following the success of the first two MONUMENTA events, featuring Anselm Kiefer in 2007 and American sculptor Richard Serra in 2008 – both of which attracted over 140,000 visitors in five weeks – leading French artist Christian Boltanski takes up the Monumenta challenge in 2010. The exhibition is co-produced by the Centre national des arts plastiques (French National Centre for the Visual Arts), the Grand Palais and the Réunion des musées nationaux.

Born in 1944, Christian Boltanski has established an international reputation since the 1970s, as a leading artist at the forefront of the contemporary scene. His new installation, created especially for MONUMENTA 2010, is conceived as a powerful physical and psychological experience, an episode of spectacular emotion and sensations exploring the nature and meaning of human existence. Embracing the whole of the immense Nave of the Grand Palais, Boltanski creates a rich, intense commemorative space, in sound and vision. Personnes (literally both "people" and "nobodies") is the evocative title of this social, religious and humanistic exploration of life, memory and the irreductible individuality of each and every human existence – together with the presence of death, the dehumanisation of the body, chance and destiny.

Conceived as a work in sound and vision, Personnes takes up a new theme in Boltanski's work, building on his earlier explorations of the limits of human existence and the vital dimension of memory : the question of fate, and the ineluctability of death. Personnes transforms the entire Nave of the Grand Palais through the creation of a coherent, intensely moving installation conceived as a gigantic animated tableau. Personnes is a one-off, ephemeral work. In accordance with the artist's wishes, the components of the piece will all be recycled at the end of the exhibition.

Christian Boltanski's work is accessible, challenging, and moving. In the Nave of the Grand Palais visitors leave behind the conventional experience of art in a gallery or museum and enter bodily into the installation, becoming a part of the living dramatisation of art and memory. For Boltanski, an artist is "someone who shows the viewer something he already knows deep down, something that's already there inside, something he can bring to the forefront of his consciousness." MONUMENTA 2010 is a theatre of recall, questioning the meaning of human destiny and asserting the right of every individual to a place in the collective memory.

As part of MONUMENTA 2010, Christian Boltanski will continue his project to create the Archives du cœur, a collection of recorded human heartbeats. Visitors are invited to record their own heartbeat and offer it to the artist.

MONUMENTA 2010 / Christian Boltanski is organized at the initiative of the French Ministry of Culture and Communication / Délégation aux arts plastiques.

Cultural events:
The MONUMENTA cultural programming, designed to create links nationwide for understanding the richness and diversity of Christian Boltanski's body of work, is organized in weekly cycles. Each Thursday, Friday and Saturday, encounters, film projections, conferences, roundtables, concerts, etc. are proposed to put in perspective the challenges of an artwork which brings into play the individual, his emotions and his history.

A concert in the Grand Palais and musical performances outside it are subsequently programmed to resonate with Christian Boltanski's work. Composer and musician Franck Krawczyck, taking the pulse of the artist's installation, offers diverse initiatives to work into the heart of Personnes.
Artists' cinema of the 70s will also be shown through the films of Christian Boltanski and Alain Fleischer, as well as an analysis of the situation by film critic Jean-Michel Frodon.

By giving carte blanche to well-known figures such as Jean-Max Colard or Hans-Ulrich Obrist, one obtains an involved and singular vision of the artist's work, in resonance with the great movements in art or other artists' worlds. These well-known figures bring together a highlydiversified panel of participants around a chosen theme.

As the program is still being defined, the presence of certain cited participants is still subject to their availability.