The exhibition responds to a new interest in animism as a concept through which to understand the world and specifically our relation to things, animals and nature differently. Animism brings together contemporary and historical works that explore the modern boundary between humans and non-humans, the animate and inanimate. With works by: Rosemarie Trockel, Otto Fischer, Walt Disney, Marcel Broodthaers, Paul Chan and many others. 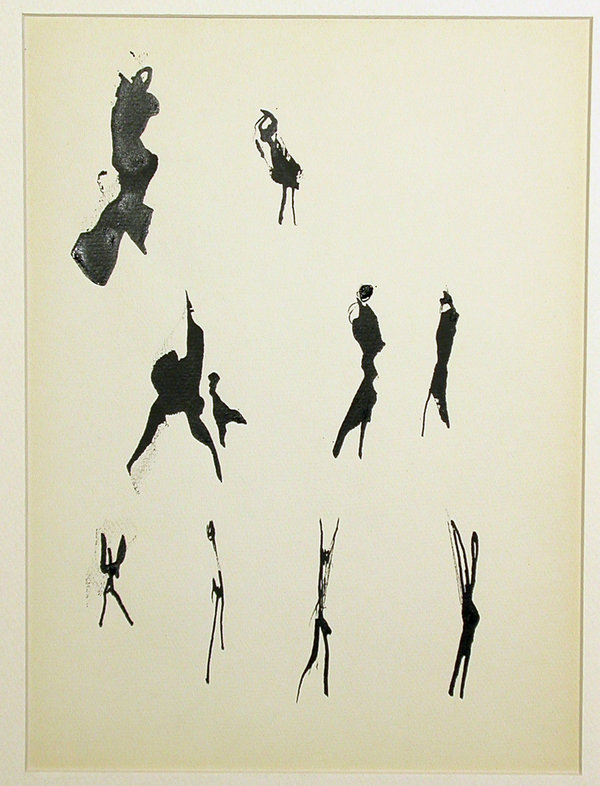 While the term 'animism' has its roots in classical philosophy, it received its predominant definition by anthropologists in the course of the colonial encounter. 'Animism' describes belief practices that endow objects and non-human entities with life and person-like qualities. It was also frequently identified as minimum definition, and 'primitive' form, of religion. Modern psychology refers to animism as psychological and aesthetic mechanism by which human-like features are 'projected' onto objects of nature.

Turning the concept away from the 'primitive' and merely psychological, however, it becomes the site of an investigation of the modernistic separation between life and non-life. The foundational separation between life and non-life forms gives rise to the set of imaginary oppositions constitutive of modern political and cultural boundaries, such as the dichotomies of nature and culture, object and subject, humans and 'non- humans'. The exhibition project Animism investigates how these borders are fractured as well as confirmed in aesthetic practices. It looks at animation and mummification as complementary border-transgressive processes, manifesting as well as negotiating the division set up between the two foundational domains. The project thus seeks to trace historical interdependencies between political and aesthetic practices, generating novel perspectives on recent debates about the 'modern constitution' (Bruno Latour), and its conceptions and images of the animate and inanimate.

Within the canon of Western art, 'animism' is often invoked to describe the dynamics of movement and stasis in imagery. In the realm of ancient myth, for instance, these dynamics have been captured in the animating gaze of sculptors Pygmalion and Daedalus on the one hand, and the chthonic monster Medusa, whose gaze petrified life, on the other. Modernity has experienced a shift from an understanding of both movements as a dialectics inherent in mimetic representation, to an understanding of animism that encompasses aesthetic effects. Such effects may include anthropomorphic projection and visualization, objects that appear to 'return one's gaze', or instances of 'the uncanny' in which something inanimate seems to 'come back' to life, often aided by technology and technological media. Animism is then either conceived of in terms of a psychological regression to 'earlier states' (historically and subjectively) and the conflation of differences between fiction and reality, the self and the world, and nature and culture; or as a re-conciliatory and transformative force in the face of alienation.

Originally derived from ancient philosophical and theological debates disputing the conception and nature of 'souls' (animism is derived from the Latin anima, soul), in the aftermath of the Christian campaigns against heathen idolatry, Protestant iconoclasm and an emerging positivist enlightenment rationality, animism has become a rational-scientific category descriptive of the irrational, superstitious and primitive. It was given its canonical formulation as a concept by 19th century social scientists, particularly anthropologists and psychologists. Together with notions such as totemism and fetishism, animism was a key concept in their search for an original, 'primitive' religion of humanity. Its empirical source was the widespread assumption that 'savages' were incapable of assessing the meaning and value of material objects, resulting in the primordial mistake of attributing life, soul, or spirit, to matter and objects – an argument premised on an objectivist materialism that assumed that matter was 'dead' by definition. The subsequent, complementary psychological definition holds that the primordial mistake of 'animism' as a developmental stage of both cultures and individuals is based on belief in the “omnipotence of thought”, which causes our “consciousness to be reflected in all around us” (Sigmund Freud). Like 'the primitive', animism was thus progressively inscribed in a set of imaginary oppositions that enforced and legitimized Western imperial modernity, constituting a spatial-geographic 'outside' and a primitive, evolutionary 'past'.

This exhibition project builds on recent attempts to de-colonize this canonical understanding of animism, the colonial economy in which it was inscribed and the relations it therefore enforced with what it signified. The present endeavour aims to re-conceptualize the term as a 'relational epistemology' in which social metaphors, images and narratives hold the status of 'necessary fiction' and relational technologies. A de-colonized understanding of animism does not present itself as a question of belief, nor as a psychological borderline condition and matter of 'projection', but rather as a question of the practice of entering into relations.

While objectivist 'knowledge' is not part of a relation, animism accounts for knowledge as a relation that shapes both the knower and the known. Animism can be seen as the anti-thesis to a modern stance that distilled nature into its objectified material properties alone, uncontaminated by symbolic meanings or social relations. However, a de-colonized notion of animism also resists the post-modern symptomatic exclusion of things, of 'nonhuman' agents, from that realm of social relationality. The potential of a de-colonized notion of animism lies in the way such a notion situates the question of materialism and aesthetics in relation to modern and post-modern conceptions of social 'relationality' and conceptions of inter-subjectivity. It extends the concept of 'relationality' in intersubjective relations to include relations between persons and things. It asks what it means to conceive of humans, non-humans and things as equally active agents operating on different registers that demand mediation. It does so by looking at the modern discourse and practices by which 'life' is pictured, controlled and objectified on the one hand, and through which it is taken into account, subjectified, and acquires its own voice on the other. A de-colonized notion of animism can shed light on the way that on the one hand, images and framing devices participate in the fixation, objectification, conservation of life and, on the other, on how they endow things with a voice, subjectify and animate; and how both develop a specific dialectics in modern imagery. Images have a function in mediating relations among different registers crucial for political ecologies 'after objectivism'. Not only the history of art, but also contemporary relational practices - being an archive of cultural imagery - pose aesthetical questions that need to be retrospectively brought into a constellation with the modern 'dispositifs of life'. The modern dichotomy between nature and society then, becomes a blueprint for a historical reflection on non-modern, modern and post-modern signifying practices, and their different responses to semiotic anxieties about where or how to draw boundaries between persons and things.

This is the background to the project's investigation of the modern technologies and aesthetics of animation and its implications for conceptions of subjectivity and 'personhood'. Animism questions the 'laws of animation' inherent to aesthetics with respect to their political potentiality and the protocols of subjectivation and objectification. The project is an investigation into what happens if the term is no longer used primarily as an ethnographic category that constructs a pre-modern spatio-temporal 'other', but is instead turned onto Western modernity itself, and if the colonialist assumptions – namely the definition of animism as spiritual and belief-based on the one hand and as subjective, anthropomorphic projection 'confusing' the proper border between inner life and external reality on the other – are gradually reversed. The concept then opens up a very different set of problems, at the core of which lies not subjectivity of perception but perception of the subjectivity of the so-called object. This does not merely imply a critique of the Cartesian and colonial foundations of the institutions of the social sciences, particularly the anthropological 'imaginary museum of mankind' (Paul Ricoeur), but is equally relevant to the concept of commodity fetishism (the animation of which derives from the capitalist displacement of social relations into things), and politically significant discourses of disenchantment, 'zombification' and reification derived from Marxist critique. The subject matter of the present project is a post-capitalist fetishism, and a grounded historical appraisal of the possibilities for conceiving its outlines.

Animism works from the assumption that not only the social sciences, modern technological media such as photography and film, but also exhibition practices are severely implicated in the paradoxical status of animism in modernity. Rather than showcasing cultural practices previously established as 'animistic' by means of ethnographic artifacts put on display, it focuses on the mimetic processes induced by imagery. The project seeks to draw connections between predominant motifs of the modern image culture, the romantic heritage and the question of 'myth' and 'enchantment', the registration and 'writing' of life, psychopathology and phantasms of control and transformation, and the political economy of violence enacted by modern boundaries.

Thematic Clusters
Several themes develop throughout the exhibition. Some of these themes are not made explicit beyond their presence in the works. However, there will be a series of complementary thematic inserts comprising historical materials, artefacts, film excerpts, organized as thematic walls and vitrines. These themes include reflections on the ethnographic gaze, the commodity fetish, psychotechnics, the living dead in popular culture, the borderline appearance of the monstrous and pathological, the modern quest for synaesthesia, man and animal relations, the organisation of cosmographies, and the European imaginary of the 'space of death'.

Publication
The exhibition will be accompanied by a catalogue, which includes documentation of the artistic projects, thematic clusters and a series of essays. A reader will be published in conjunction with the project at the House of World Cultures in Berlin in collaboration with the Free University Berlin.

Animism is a collaboration between the MUHKA - Museum for Contemporary Art

Antwerp and Extra City Kunsthal Antwerp in cooperation with the Kunsthalle Bern, the Generali Foundation Vienna, the House of World Cultures Berlin, and the Free University Berlin