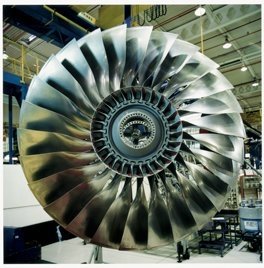 The most extensive solo survey to date of the British twins Jane and Louise Wilson. It includes their first film work, Hypnotic Suggestion 505 (1993), and several unreleased works such as a series of sculptures that play with CAM’s architecture and the video Songs for My Mother (2009).

The show takes us, both psychologically and historically, into a universe suspended between epochs, narratives and architectures, namely with the works Unfolding the Aryan Papers (2009) which combine stills from Stanley Kubrick’s meticulous collection with footage of Hornsey Town Hall; and photographic series Oddiments (2008); and the large scale photos of the broken and decayed World War II bunkers in the Normandy coastline.

A plunge into a trans-temporal dimension and into images that can simultaneously seduce and crush, but that are in most cases nevertheless rooted in the current social and political reality.
Hall, 1st Room and Level 0 of CAM, January 21 to April 18, 2010; and Multipurpose Room, January 21 to April 11, 2010.

The running thread
Drawings from the CAM Collection

This exhibition presents works by sixteen artists, two of which foreign, all featured in CAM’s collection. Drawing is the chosen technique, even though there are three three-dimensional artworks, where the evocation of trait and the evolution of line across the plan are obvious.

Abstraction and the Human Figure is a selection of works from CAM’s British Art collection, representing the two main areas into which this collection is divided.

The contrast between these two major artistic languages, Abstraction and Human Figuration, led to an endless debate throughout the 20th century. Its exhaustion made possible for 21st century artists to use them in active co-existence.

The majority of works exhibited was produced by a number of London artists from the late 1950s to the early 1960s, whose rising reputation greatly contributed to the international affirmation of British art in the second half of the 20th century.

In addition to the pieces created and acquired in that period, a number of more recent works is also featured. These were bought later, in a less exhaustive manner. The present exhibition thus examines how trends in artistic creation and museological acquisition were formed within the parallel lines of Abstraction and Figuration.

This exhibition was conceived in dialogue with the exhibition Jane and Louise Wilson: Suspending Time.

On the field of Arts - one of its four statutory aims - the Foundation maintains a Museum which houses the Calouste Gulbenkian private Collection, and a Modern Art Centre, which comprises and furthers the Foundation's collection of contemporary art works.