Journeys With No Return

Twelve artists from Germany, Great Britain and Turkey uncover themes around Turkish migration over the last 50 years in works that are new to UK audiences - six of which are unveiled for the first time. The artists balance the local with the global, their subjective sense of identity with cultural dissemination that potentially knows no borders. Using popular music, rap, cinematic conventions, anthropology and documentary they exploit archive images, cultural stereotypes and information systems. 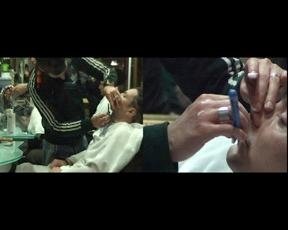 A new and powerful exhibition is coming to London 18 February — 14 March 2010. It takes an intelligent look at the extraordinary phenomenon of migration. It is the second of three shows taking place in three major cities (Istanbul, London and Berlin) synonymous with migratory routes.

This is a big show with strong mid career artists, so there are a lot of voices. Each brings their own take: Zineb Sedira finds resonances of transportation in forgotten railway sidings, while Clemens von Wedemeyer has created a cinematic work that is as much a tribute to his modernist masters - Mayakovsky, Tarkovsky - as it is a film about crossing a border.

The curators, Alice Sharp, Peter Cross and Levent Çalıko!lu, have no dogmatic position, nothing is 'illustrated' in the show apart from perhaps the fact that the phenomenon of migration is more than the sum of its individual stories. The artists and curators taking part in Journeys With No Return are linked by their direct or indirect relationship to geographical and cultural displacement. Of the three curators, two were born or have lived far from their 'mother' cultures for long periods. All five Turkish artists, for example, live and work, were even born, abroad. European artists like Mike Nelson, Melanie Manchot or Olaf Nicolai show globally. The thing that both artists and curators feel strongly is that migration is an issue that affects everyone, everywhere, increasingly, and must be addressed critically as well as passionately.

Whether displacement is the result of economic and cultural change, conflict, globalisation or even climate change, the results are an estimated two hundred and fourteen million international migrants in the world today. Incredibly the number of migrants worldwide would constitute the fifth most populous country in the world.

Art is a perfect medium to explore the experience of moving across cultures and languages. Contemporary art has a unique role to play in a globalised world: art can speak across cultures in a powerful, direct way, yet it does not lose the originality and freshness of its voice. It's the same video, in Shanghai or Glasgow, yet it speaks to a completely different context. It is a perfect medium to discuss migration.

This exhibition embraces the notion of 'culture' which is itself inextricably bound with comparison (you only get a sense of your own identity by comparing yourself to everything and everybody else around you) with its overlaps, juxtapositions, contrasts, exchanges, and hybridizations. It puts forward the view that perhaps this is why artists who are new to a culture or society often create the most powerful images and statements reflecting that society, precisely because they can see it clearly.

Dialogue is integral to the project and the curators have organised an innovative conversational conference exploring the exhibition themes: Turkish migration and contemporary art, language and the cultures of belonging, what is brought and what is left behind, how culture is transformed through migration and new cultural contexts in the 21st Century city. The Conference is chaired by Edgar Schmitz and Lisa Le Feuvre who have collaborated on many successful debates including the Serpentine Gallery Sweatshops, seminars convened to consider ideas surrounding politics and art. Conference speakers include Professor Irit Rogoff, Dr Mark Nash, exhibition curators and artists Adam Chodzko, Denizhan Ozer and Asli Sungu. (Registration 9.30am).
Tickets available priced £50 and £35 students/unemployed see
http://www.goethe.de/ins/gb/lon/ver/en5301177v.htm to book To book call 020 75964000 (UK)