Eleven of the 55 artists have appeared in previous biennials and 52 percent of those artists are women. The Biennial is the Whitney's panoramic signature survey of the latest in American art. It includes a blend of well established artists together with a predominance of emerging artists from all over the country. Curators Bonami and Carrion-Murayari noted, "The Whitney Biennial continues to reflect the way in which art is shaped by the particular historical moment in which it was created. The artists selected for this year's exhibition reflect diverse responses to the anxiety and optimism of the past two years. 2010 does not privilege any one medium or aesthetic style, but rather assembles a wide range of individual gestures, personal histories". 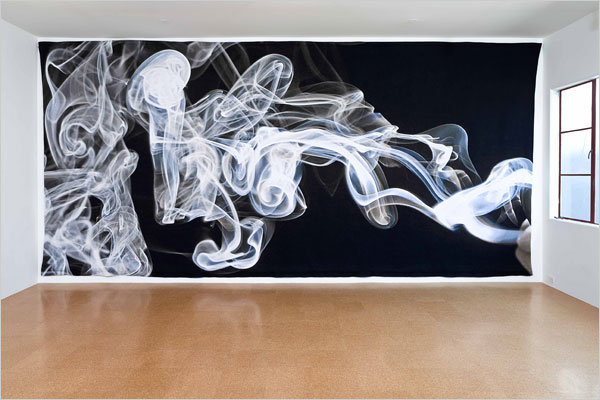 The Whitney Museum of American Art today announced the list of artists participating in the upcoming Whitney Biennial, 2010, which takes over the Museum from February 25 through May 30, 2010. This is the 75th in the ongoing series of Biennials and Annuals presented by the Whitney since 1932, two years after the Museum was founded.

The fifty-five artists were selected by curator Francesco Bonami and associate curator Gary Carrion- Murayari. (A video by Pierce Jackson features the curators, seen in various locations throughout the Museum, reading out the names of the artists. Please visit whitney.org to view the video.) Curators Bonami and Carrion-Murayari noted, "The Whitney Biennial continues to reflect the way in which art is shaped by the particular historical moment in which it was created. The artists selected for this year’s exhibition reflect diverse responses to the anxiety and optimism of the past two years. 2010 does not privilege any one medium or aesthetic style, but rather assembles a wide range of individual gestures, personal histories, and improvised encounters that speak to a sense of openness and community."

The Biennial is the Whitney’s panoramic signature survey of the latest in American art. It includes a blend of well established artists together with a predominance of emerging artists from all over the country. Their works range from film and video to photography, painting, sculpture, drawing, installation, performance, and architecture. Performances and events will take place at the Museum throughout the course of the show. This year the events and performances are concentrated on Friday evenings in both the Lobby Gallery and Lower Gallery. A 2010 Biennial artist, Martin Kersels, is creating a sculptural installation in the Lobby Gallery that also functions as a stage for curatorial programs involving artists, writers, musicians, choreographers, and DJs.

Eleven of the artists have shown in past Whitney Biennials: James Casebere and George Condo in the 1980s, Suzan Frecon in 2000, Hannah Greely in 2006, Robert Grosvenor in the 1960s and 70s, Martin Kersels in 1997, Jim Lutes in 1987, Ari Marcopoulos in 2002, Josephine Meckseper in 2006, Charles Ray several times in the 1980s and 90s; Ray, who also had a solo retrospective at the Whitney in 1998, makes a departure from his previous work with his installation in 2010. Ellen Gallagher had a Whitney solo show, DeLuxe, a series of works on paper, in 2005, and was in the 1995 Biennial; this time she is partnering with the Dutch artist Edgar Cleijne on a film installation that includes sculptural construction and silk-screened panels. Michael Asher, well known as a West Coast pioneer of conceptual art, was in the Whitney’s seminal Anti-Illusion show in 1969.

Piotr Uklański had a solo show at the Whitney, in 2007, presenting his first film, Summer Love (a booze and blood-soaked revisionist Western); Uklański’s work in 2010 is a theatrical installation involving textiles. Kerry Tribe, a graduate of the Whitney’s Independent Study Program in 1998, was featured in the Whitney’s group exhibition Down by Law (2006); her Biennial work is a film installation using historic and invented storylines dealing with memory and brain function. Verne Dawson, represented in the Biennial with a large-scale figurative painting, was also shown at the Whitney in Down by Law. Babette Mangolte, well known as a filmmaker and as the cinematographer on a number of key films by Yvonne Rainer and Chantal Akerman (including Akerman’s Jeanne Dielman, 23 quai du Commerce, 1080 Bruxelles), was included in the Whitney exhibition The American Century; her Biennial contribution is a mixed media installation involving photography and a video that recreates an earlier installation from 1978.

Nina Berman is a photojournalist and author of the book Purple Hearts: Back from Iraq (Trolley, 2004), a collection of portraits and interviews with twenty veterans of the Iraq War; a member of the photo collective NOOR, based in Amsterdam, Berman’s works in the Biennial are photographs depicting the life of a returning veteran. Sarah Crowner, a painter who works with the legacy of hard-edged geometric abstraction from the 1950s and 60s, employs both original and appropriated compositions as patterns and templates to construct her paintings. Roland Flexner’s contribution to 2010 is thirty small-scale Sumi ink drawings.

Maureen Gallace creates compositions depicting the vernacular architecture and landscape of rural New England, reminiscent of images of small-town America by Edward Hopper and Fairfield Porter; her work was the subject of Focus: Maureen Gallace at The Art Institute of Chicago in 2006. Jessica Jackson Hutchins’s work in the Biennial is in the form of sculpture, including ceramics, found furniture, collage, and newspaper. Jeffery Inaba, director of C-Lab, an architecture, policy, and communications think tank at Columbia University’s Graduate School of Architecture, Planning, and Preservation, is creating an architectural intervention for the Biennial.

Rashaad Newsome, an artist from New Orleans, makes videos involving dancers and dealing with African-American cultural markers. Lorraine O’Grady is an artist and critic whose installations, performances, and texts address issues of diaspora, hybridity, and female subjectivity; her Biennial work is an installation of photographs and photo-collage that deals with issues of appropriation and cultural identity. R.H. Quaytman’s contribution to the Biennial is a multiple-painting installation dealing with architecture and the history of the Whitney itself.

Aki Sasamoto, a young Japanese-born artist who lives in Brooklyn, is creating an installation that will include large and small sculptures, sound, and a series of performances that will take place throughout the run of the Biennial. Tam Tran, a Vietnam-born artist who lives and works in Memphis, is showing photographs dealing with ideas of childhood and self-discovery. Pae White, who works in sculpture and installation, often using cardboard cut-outs, delicate wire constructions, suspended mobiles, or evocative wall paintings, had a solo exhibition at the Hammer Museum, Los Angeles, in 2004; her work in the Biennial is a large "smoke" tapestry.

Permanent Collection Exhibition: Collecting Biennials
As a prelude, counterpoint, and coda to the Biennial, the Museum’s fifth floor is devoted to artists in the Whitney’s collection whose works were shown in Biennials over the past eight decades. Collecting Biennials, opening on January 16, is installed as a kind of historical survey within the Biennial, underscoring the importance of previous Biennial exhibitions in the Museum’s history and the formation of its collection. A new work by one of the artists in 2010, George Condo, is also included in the mix. Collecting Biennials begins nearly six weeks before the rest of the Biennial and remains on view until July 2010.

The Bucksbaum Award: Tenth Anniversary
Melva Bucksbaum, a Whitney trustee since 1996, launched The Bucksbaum Award in 2000. In addition to Omer Fast, who received the award in 2008 and has an exhibition titled Nostalgia on view at the Whitney now through February 14, 2010, the previous recipients are Paul Pfeiffer (2000), Irit Batsry (2002), Raymond Pettibon (2004), and Mark Bradford (2006). The Bucksbaum Award, created and produced by Tiffany & Co., is given every two years in recognition of an artist, chosen from those included in the Biennial, whose work demonstrates a singular combination of talent and imagination. The selected artist is considered by the jurors to have the potential to make a lasting impact on the history of American art, based on the excellence of past work as well as present work in the Biennial. In addition to receiving a $100,000 grant, each Bucksbaum laureate is invited to present an exhibition at the Whitney, sometime within the succeeding two years. The recipient of the 2010 Bucksbaum Award will be announced during the course of the Biennial; a publication marking the tenth anniversary of the award will be issued in April.

Public Programs: My Turn
A series of My Turn programs will take place on six Friday evenings during the Biennial. My Turn, a Whitney program which began in summer 2009, invites artists to create events that are an extension of their process and method. Taking their work on view as a point of departure, six Biennial artists, including Martin Kersels, Ari Marcopoulos, and Aki Sasamoto, among others, will explore a key aspect of their practice to create distinctive evenings of performance, discussion, demonstration, and engagement.

Biennial Video Series
For 2010, the Whitney will produce thirty-five short videos, directed by Pierce Jackson, exploring five main areas of the exhibition: the curators, the artists, parties and performances, the production of the show, and visitor reactions. This content will be available on whitney.org, YouTube, Blip.tv, iTunes, and other outlets. The first videos in the series will introduce the Biennial curators and the practices and personalities of various Biennial artists.

Catalogue
A catalogue, edited by curators Francesco Bonami and Gary Carrion-Murayari, accompanies the exhibition. In addition to full-color reproductions of the selected artists’ work and an essay by the curators, the book includes brief entries by a number of writers on the represented artists’ techniques, influences, and recent work. A detailed appendix features photographs of previous installations and a chronological list of artists included in past Whitney Biennials. Thumbnails of previous catalogue covers are also included, positioning each exhibition as a snapshot of artistic practice at a particular moment. The book, designed by the award-winning design firm Project Projects, is published by the Whitney and distributed by Yale University Press.

The Whitney Museum of American Art is located at 945 Madison Avenue at 75th Street, New York City.
Museum hours are: Wednesday, Thursday, Saturday, and Sunday from 11 a.m. to 6 p.m., Friday from 1 p.m. to 9 p.m., closed Monday and Tuesday.
General admission: $18.
Full-time students and visitors ages 19–25 and 62 & over: $12. Visitors 18 & under and Whitney members: FREE. Admission to the Kaufman Astoria Studios Film & Video Gallery only: $6. Admission is pay-what-you-wish on Fridays, 6–9 pm.