Listen to your eyes

It is the first event in the series. Diagonales: sound, vibration, and music, originated by Centre national des arts plastiques (CNAP), combines visits to exhibitions in 10 regions in France, as well as in Benelux, and brings together 19 contemporary art centers around a common issue: the place of sound and music in contemporary creation from the 1960s to the present. A selection of oevres inciting us to get rid of our automatisms and preconceptions, to detach ourselves from the norm, and to open up onto possibilities. This show is a site-specific work: a silent, luminous injunction of an eponymous piece by Maurizio Nannucci. 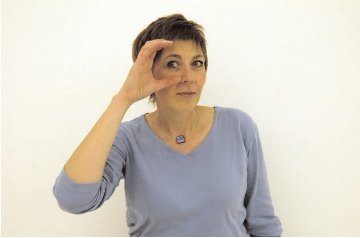 The exhibition Listen to your eyes is the first event in the series. Diagonales: son, vibration et musique, originated by Centre national des arts plastiques (CNAP), combines visits to exhibitions in ten regions in France, as well as in Benelux, and brings together nineteen contemporary art centers around a common issue: the place of sound and music in contemporary creation from the 1960s to the present, as seen through a selection of works from the Centre national des arts plastiques.

Listen to your eyes is a twofold exhibition shown simultaneously at 49 Nord 6 Est – FRAC Lorraine and at the École Supérieure d’Art in Metropolitan Métropole (ÉSAMM). This exhibition is, first of all, a site-specific work, conceived and produced for the event: a silent, luminous injunction of an eponymous piece by Maurizio Nannucci. On the roof of ÉSAMM, overlooking the city, Listen to your eyes made itself at home.

Praise of silence, paradoxically, by those who are confined to it and by those who seek it to better overcome it. A selection of works inciting us to get rid of our automatisms and preconceptions, to detach ourselves from the norm, and to open up onto possibilities.

Accustomed to the sound of words, we often forget the value of silence. And, let’s admit it, most often, silence seems an impasse that language allows us to break through. But does silence really say nothing? Since the antiquity, philosophers from Plutarch to Heidegger and Wittgenstein, have taught us the possibility of speech which resides in silence and leads to a "pure state" of communication. But we are so used to noise that we find it difficult to express ourselves without words, without sound, without hearing or listening.

Being silent to make room for the speech of gestures— that is the experience you are invited by Manon de Boer to share at FRAC. The artist will perform John Cage’s silent composition 4’33", in which the meaning of each gesture and each breath is intensified.

The works featured at FRAC Lorraine prove our capacity to communicate in another language. The interpretation of the most beautiful works of art is no longer the exclusive domain of oral expression. The pieces by Eva Koch, Artur Żmijewski, and Roman Singer, depend on the idea that there exist alternatives to chatter and prattle. These works, in fact, loudly proclaim the existence of a universal gestural language, a natural body language—language of positions and attitudes which reinforce speech and articulate better than words. This observation entails the question of memory.
How can we transmit memory without relying on words? In order to organize temporal events, we need some sort of representation. The work of On Kawara derives from that question of time and its "inhuman" scale. The work is composed of 10 binders containing an inventory, in the form of typed lists of past and future dates, accompanied by a sound recording enumerating those dates over two million years. Thus, language alone seems to offer this possibility of thinking the unthinkable: death. It is enough to draw up a list of primary numbers, as did Benjamin Dufour, an artist from the Grand Est region, in the desire to inscribe the unthinkable in the frame- work of art publicly commissioned by the Centre national des arts plastiques.

The works shown at ÉSAMM complement the exhibition presented at 49 Nord 6 Est-Frac Lorraine, and try to convey silence and rhythm in image and space. But what about sound space? Isn’t silence the rhythm of musical notation? A silence is a moment during which no sound is emitted, and it corresponds to a pause in the execution of a musical piece. As do musical notes, each interval of silence has its symbol: silence can be written.

Silence is also a surface in motion—a rhythmic surface where sounds encourage listening, as in Julije Knifer’s murals. In the late 1950s, the artist invented a form of simple and radical personal composition which invites the viewer to infinite visual wandering: through its meanders, hypnotic powers, and pure rhythms.

The artist Su-Mei Tse, on the other hand, plays piano wearing finger splints. She proposes new visual interpretation of a classic piece, and works on rhythm which she conceives as a choreographer. Her main preoccupation is to look for a universal language articulated around sound, image, and body. The same idea also resides in the video piece by Ziad Antar who denounces the political situation in Lebanon through a simple juxtaposition of patriotic sounds played on the piano. These two large video projections are accompanied by a floor piece by Carl Andre, the pope of minimal art, whose silent gridline pattern of metal tiles is meant to be walked on. On the walls, hang pieces by Bernard Moninot and Rainer Lericolais, which attempt to transcribe sound waves. Representations of the invisible, the featured let the room vibrate with silent rhythms. The visitor enters a state of visual listening. The senses reach maxi- mum receptivity.

With the collaboration of Fix’art, Lyon

Image: Translation of the verb "to listen" into the French sign language