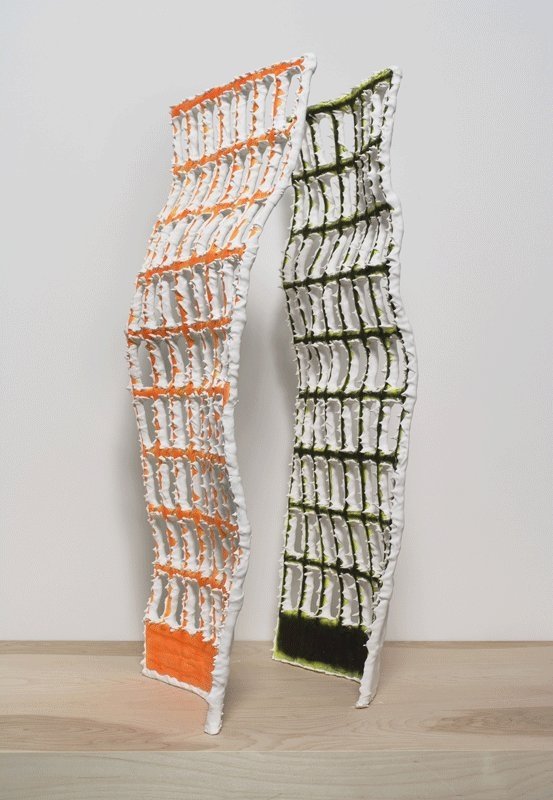 Bortolami is pleased to present the second solo show by Michel François at the gallery. For this exhibition, François proposes a formal sculpture show. Set up like a series of architectonic elements that appear to be relics, the sculptures show grandness in form, but at the same time seem almost at the point of collapsing. The austerity of the group of works is threatened by the fragile stability of the materials. François questions the internal or external forces that push the objects into a possible dissolution.

Dipping ordinary things, such as nets, into plaster to make them rigid, Francois juxtaposes the crumpled form with a skeletal one to produce tensions in the sculptures. He then finishes them with mediums such as gold leaf, polystyrene balls, fluorescent or metallic paint. Other works use glass, a material often employed by François in the past. Adding emphasis to the rigid versus collapsed form, François incorporates a new video of juggling glasses and posters with images of tumbling objects.

For more information please contact Nicole Will at Nicole@bortolamigallery.com.