On show the photographs by three artists. Michael Weinman's photography includes over 30 years of work encompassing many years of evolving style and content. Wedia's work is the quest for the purest of shapes. It's capturing the essence of emotions, the spirit of movements. 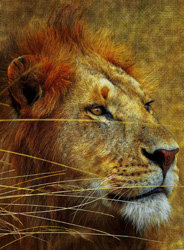 "It's all about fun - I guess this is the most important thing in my life (apart from my wife), since I realised that there is nobody on earth who can really explain why we live and why we have the ability to consider and reflect. So I decided to have fun in my life and I'm working hard on it. The act of taking the photos, the shooting itself is one part, and the results when a new project is finished is the second. What keeps me searching and gives me satisfaction at the same time, is the combination of everyday things, situations, cloth or people in new and surprising context. I like playing around with an idea, letting things happen and getting inspiration from everywhere putting things together in a way they haven't been seen before. Sometimes I have a clear image in my mind when I start on a new project but most of the time I just have an idea of an idea and it is very exciting where it leads me to while I am working on it. But the result has to contain this context of normal people or things in unusual situations or the other way round". Oetting

Michael Weinman's photography includes over 30 years of work encompassing many years of evolving style and content. As an anthropology student, his early work consisted mostly of black and white cultural portraiture. More recently, he has developed his own approach to nature photography. Emphasizing botanical, wildlife and bird photography; he has created a body of work creating his own vibrant pallette of color influenced greatly by the post-impressionist artists giving his photographic images a unique, almost painterly quality. For his upcoming Montreal show, he has created a series of wildlife portraits celebrating the inherent beauty of the shapes, the color, the textures and composition of wildlife while distilling his own unique hybrid of the realism of photographic content with the expressionism of the graphic arts.

Wedia's work is the quest for the purest of shapes. It's capturing the essence of emotions, the spirit of movements. The "Pure" exhibition created by Wedia for the Gora Gallery is in line with this artistic journey of hers. Here, she explores the tantric version of love. Wedia chose an extremely thin, almost translucent type of paper from Nepal, with onion inclusions, held between two plates of transparent pvc. The blend of ancestral arts and craft and modern technology echoes Wedia's creativity and sheds light on the delicacy and meaning of her work.