An exhibition by Etienne Chambaud in collaboration with critic Vincent Normand. A collection of narrative fragments, playing with accumulations and disappearances, survivals and hauntings. From inscription to oral tradition, it is constructed on its own echoes, misunderstandings, partial interpretations and incomplete memories. The show is developed by the David Roberts Art Foundation in London, Kadist Art Foundation in Paris and Nomas Foundation in Rome; interpreted in a different language almost simultaneously at each foundation. 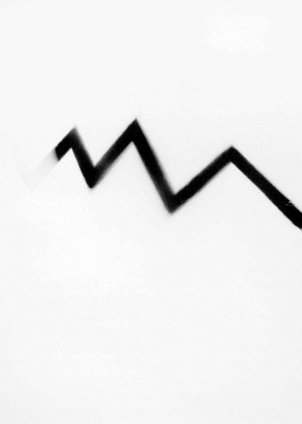 The David Roberts Art Foundation is pleased to present The Sirens’ Stage, an exhibition by Etienne Chambaud in the framework of Vincent Normand’s project Permanent Exhibition, Temporary Collections.

The Sirens’ Stage is developed by the David Roberts Art Foundation in London, Kadist Art Foundation in Paris and Nomas Foundation in Rome. The exhibition, interpreted in a different language almost simultaneously at each foundation, is based on mechanisms of writing and transcription. Translation should be considered both the medium and the shared language of the whole project.

The project takes its title from the mythological sirens’ song, which reinvents itself in the ear of its addressee. Here The Sirens’ Stage is conceived as a group of “written objects”: absent but described, motionless but translated, unique but repeated, mute but transcribed.

The Sirens’ Stage is made up of an installation of figures, a group of named, empty plinths (The Reef), which acts as a space from which are emitted layers of speech and text.
Actors will occasionally interact with this space, reading, memorising and rehearsing fragments of script and dialogue. Sometimes The Reef will remain silent. A group of framed Instruction Pieces hung on the wall will outline a series of gestures and acts.

These will change over the course of the exhibition. A writer (The Copyist), present at all times, will transcribe the evolution of the exhibition day after day. The Foundation’s collection will be included through a series of photographs of its storage, in which all crates will be named (Stock Figures). A key element of this exhibition’s concept is a written contract, drawn up by a lawyer, which outlines the conditions for the exchange and the conservation of copies of sculptures exchanged between the three foundations’ collections (The Exchange (The Horse, the Cobblestone, Above the Weather)).

The exhibition is a collection of narrative fragments, playing with accumulations and disappearances, survivals and hauntings. From inscription to oral tradition, polyphony to cacophony, The Sirens’ Stage explores its own remains and is constructed on its own echoes, misunderstandings, partial interpretations and incomplete memories.

Vincent Normand (born France, 1985) is a writer and curator based in Paris and Lausanne. Co-editor of the magazine Criticism, his texts are published in various collective publications, and he contributes to magazines such as Kaleidoscope, May or Frog. He is actually initiating Permanent Exhibition, Temporary Collections, a theoretical itinerant structure that inaugurates its program with his collaboration with Etienne Chambaud on the occasion of The Sirens’ Stage.

Supported in London by The French Institute, London and CULTURESFRANCE.

About Kadist Art Foundation, Paris
Kadist is a private foundation initiated in 2001, which opened a space in Paris in October 2006. Through the constitution of an art collection, a residency and an exhibition programme, Kadist’s intention is to be actively involved in the creation, development and presentation of artistic projects. Kadist aims at supporting experimental thinking while contributing to an international discourse, with a constant revision and questioning about the role and practices of the institution. The collection is the seminal point of involvement with artists that can thereafter expand to a residency and exhibition project.
The collection, residencies and gallery space are conceived as a chain of production that allows Kadist to work closely and on a long-term basis with artists, curators and others art makers.
http://www.kadist.org

About Nomas Foundation, Rome
Founded in 2008 by Stefano and Raffaella Sciarretta and stemming from the personal experience of a collection, Nomas Foundation is a mobile, flexible organism that aims at supporting and promoting contemporary research in art. The programme concentrates on critical art practices that explore and challenge different modes of presentation. Through exhibitions, events, commissions and publications Nomas fosters collaboration and dialogue with other subjects, places and institutions and seeks to promote research, education and cultural exchange. The programme is curated by Cecilia Canziani and Ilaria Gianni, Orsola Mileti is in charge of the collection.
http://www.nomasfoundation.com