A film by Matthew Barney and Jonathan Bepler. An epic story of regeneration and rebirth, set in Los Angeles, Detroit, and New York 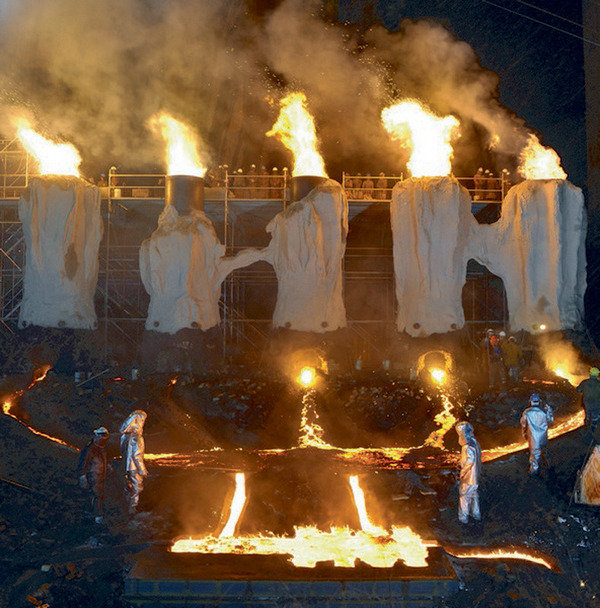 Swiss premiere for the film by Matthew Barney created in collaboration with the composer Jonathan Bepler, the film was produced by Laurenz Foundation, Schaulager and Matthew Barney. Barney filmed the epic work in three acts against the backdrop of industrial landscapes in the United States. Drawing on Egyptian mythology, the opera recounts the death and reincarnation of the diametrically opposed protagonists: the American writer Norman Mailer and an anthropomorphic automobile. Norman Mailer's wake is the main strand of the film, with sub plots developing along the way. The mythological references, and the lives and deaths of the protagonists draw on Mailer's novel Ancient Evenings of 1983. In order to film the wake, Barney meticulously re-created the late writer's apartment in his own studio. The three acts include impressively filmed live performances in Los Angeles (REN 2008), Detroit (KHU 2010), and New York (BA 2013). A 1967 Chrysler Imperial (symbolizing the body of the Egyptian god Osiris) is subjected to several cycles of destruction and "reincarnation."