Second edition. The biennial of new visual art performance to be held in New York City. The entire program of performances, events, symposia and exhibitions for Performa creates a live network of events across New York's famous grid, showcasing the infinite possibilities of urban renewal through cultural activism. A program designed to engage and enthral viewers of all ages and from a broad range of interests. Programming includes a daily schedule of live performances, parallel exhibitions and an integrated educational program that will provide critical and historical contexts for the new work produced. 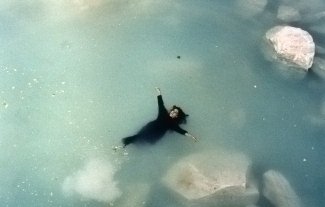 Second edition. The biennial of new visual art performance to be held in New York City

New York, September 19, 2007 — PERFORMA 07, the second biennial of new visual art performance, will be held in New York City from October 27 – November 20, 2007. Featuring approximately eighty artists, PERFORMA 07 is presented in collaboration with a consortium of thirty cultural organizations throughout the city. PERFORMA 07 promises an exciting three weeks of innovative cultural programming for New York City and the international world of contemporary art and visual art performance.

THE NEW BIENNIAL FOR NEW YORK CITY PERFORMA is New York City’s newest and most original biennial. The thirty New York City venues include the Solomon R. Guggenheim Museum, the Kitchen, the Brooklyn Academy of Music, China Institute, The Studio Museum in Harlem, and the Judson Memorial Church, echoing the rich creative environment of the 1960s that developed there. The entire program of performances, events, symposia and exhibitions for PERFORMA 07 will create a live network of events across New York’s famous grid, showcasing the infinite possibilities of urban renewal through cultural activism. With a program designed to engage and enthral viewers of all ages and from a broad range of interests, PERFORMA 07 breaks down barriers between disciplines and cross-pollinates audiences with a variety of material from new visual art, dance, film, theatre, and music.

PERFORMA 07 draws from New York’s extraordinarily rich history of innovation and cross-disciplinary convergence — as in the vibrant West Village writers scene of the 1940s, the Cedar Bar painters collective of the 1950s, the Judson Dance Theater, Max’s Kansas City and the Mudd Club of the 60s and 70s and 80s — building programs that both highlight that history and propel contemporary practitioners and audiences into the future. “History is my inspiration,” says PERFORMA Founder and Director RoseLee Goldberg referring to relationship of the city’s past to her curatorial overview. Even as it draws an extensive international following, PERFORMA 07 is also a uniquely New York experience, with its determination to keep the city on edge and erupting with new possibilities. Through its dedication and love of New York City, PERFORMA is creating a new paradigm for the city-wide cultural festival, producing performances both uptown and downtown, as well as in the boroughs. “We keep hearing that the center of the art world is moving to London or Berlin,” says Goldberg, “but it’s not true. There’s simply nothing like New York and PERFORMA casts a spotlight on all the extraordinary people and places that make it so.”

Programming will include a daily schedule of live performances, parallel exhibitions and an integrated educational program that will provide critical and historical contexts for the new work produced. The majority of the 60 plus events will be free and open to the public with an expected attendance of over 30,000 guests, many from major cities across the country and the world. With its mix of new PERFORMA Commissions, historic reconstructions, and its use of the city of New York as the backdrop for work by approximately eighty artists at more than thirty venues, PERFORMA 07 promises to be the most engaging new biennial in the international world of contemporary art.

PERFORMA CONSORTIUM
Curators from participating PERFORMA Consortium venues, including the Solomon R. Guggenheim Museum, the Kitchen, the Brooklyn Academy of Music, China Institute, and The Studio Museum in Harlem collaborate with the PERFORMA team to develop a program of events for PERFORMA 07 that demonstrate each presenter’s own curatorial perspective and unique position in the history of live art in New York. The “presenting through partnership” structure of the biennial opens doors between organizations, crosspollinates audiences and disciplines, and indirectly helps to build capacity and audiences amongst both large and small organizations. More than 20 curators are responsible for PERFORMA 07’s rich program.

PERFORMA PRESENTS
In addition to the 10 commissions, PERFORMA07 is co-presenting a multitude of works with numerous venues. For these co-presentations, PERFORMA selects an appropriate host organization with which to collaborate in realizing a given artist’s project. These programs are typically generated between PERFORMA and the artist, and then co-presented or produced by the host institution within the style and context provided by their unique mission.

EDUCATIONAL PROGRAM
As a key part of the biennial, PERFORMA also presents an exciting educational program including lectures, panel discussions, and workshops on an ongoing basis that explore critical issues surrounding performance and its relationship to the museum, gallery, and collector, and also creates a meeting place for artists of all disciplines. PERFORMA’s Not For Sale symposia series is co-sponsored by the New York University Steinhardt Department of Art and Art Professions.

Taking place in conjunction with PERFORMA 07, the Performance Studies International academic conference, PSI # 13: Happening/Performance/Event, is being held at New York University in November to coincide with the numerous events in the PERFORMA 07 schedule. The collaboration between PERFORMA 07 and PSI #13 offers an exciting opportunity to provide a critical and historical context for the new work presented during PERFORMA 07. The conference’s keynote panel, “Making History: Developing New Work,” moderated by PERFORMA’s founder and director RoseLee Goldberg, will focus on the relationship between artists developing new work and the curatorial process. Allan Kaprow: Art & Life

November 8 at The Jewish Museum

American artist Allan Kaprow is credited with inventing the term “happenings” to describe performance art pieces that involved public participation. This unique program, will further explore Kaprow’s innovative artistic practices and legacy. The evening will include original film and video and a discussion with artist Paul McCarthy, art historian Irving Sandler, and Stephanie Rosenthal, the Haus der Kunst curator who recently organized the historic reconstruction of 18 Happenings in 6 Parts as part of a major Kaprow retrospective that will be also be featured during PERFORMA07. Additional panelists to be announced. You Didn’t Have To Be There: Photography, Performance, and Contemporary Art--

November 14 at the New School Auditorium

In this panel discussion artists and critics, including Marina Abramovic and others to be announced, will explore the significance of photography in the history of performance since the 1960s and the influence of performance on contemporary photography. BAMtalk: Epic Journeys

Inspired by the themes of Cast No Shadow--geographic exploration and individual identity within a globalized world culture--this panel will discuss art's ability to convey complex narratives as well as social and political shifts within an entirely seductive aesthetic milieu. Isaac Julien and Russell Maliphant, will be joined by Iranian-born visual artist Shirin Neshat and choreographer/director Ralph Lemon. Moderated by RoseLee Goldberg NOT FOR SALE: Conceptual Art and Dance in Visual Arts

This day-long symposia will explore the connections between dance and visual art, both historically and within the contemporary scene. Panelists will include artists Xavier Le Roy, and Marten Spangberg, among others, and the day will feature several lively, artistled physical activities for the audience.

PERFORMA TV
PERFORMA TV is an Internet-based video project conceived to provide a live, open and public platform for the artists and organizers of PERFORMA07. It is intended to serve as both a supplemental resource and as a performance venue, hosted by Columbia University’s School of Visual Arts, with worldwide viewing accessibility. Taking place throughout the biennial, PERFORMA TV will be a 25-day continuous Internet video stream broadcasted from a stage-set, hosted by Columbia University's School of Visual Arts. The stage-set will consist of a few basic amenities intending to create environment conducive for discussion and performance--such as chairs, a small refrigerator, and a plant—but also expected to be open to chance. Scheduled and impromptu events from artists, curators, critics, and art historians will include interviews, discussions, and performances.

For a full schedule of events, lists of participating artists and venues, as well as the most up to date information please visit us on the web at http://www.performa-arts.org.