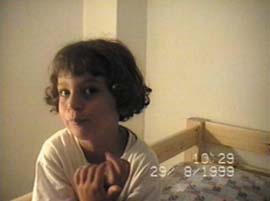 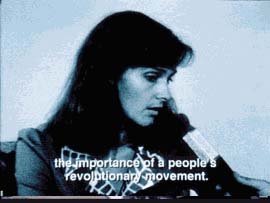 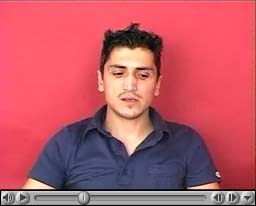 Albania is a state of mind, a metaphor for space, and a rite of passage. As represented by media and politics, Albania runs the risk of turning into nothing but a site of migration: a shelter for the refugees from Kosovo or a point of no return in the escape towards the Western myth. Albania lives the tragedy of distance: its citizens are close to everything and everyone (NATO, the U.N., Italy, the East...), yet they are forced to leave their homeland, and rely only on the image of a future which never happens.
Escape or hope: this is how we picture a better tomorrow. This precarious equilibrium, a hybrid of desire and frustration, often produces a cynical optimism, or generates a feeling of melancholy and uselessness in the face of history.
Albanian artists are reflecting the tragedy of the present, while trying to escape from it: they are walking a tightrope stretched between brutality and comedy, between documentary and metaphors. Theirs is a struggle to articulate new forms and languages in order to come to terms with utopia.
It can't be just a coincidence that three of the most interesting Albanian artists don't live here anymore. Having experienced diaspora and the fall of political and social powers, they have nowhere to return and no unitary style or language with which to express themselves. Albanian art in fact relies on a variety of media and stylistic solutions. We learnt not to trust unity and systems: we prefer accepting heterogeneity and diversity as the only reliable truths.
Videos, documentaries, films, and performances are all interchangeable tools that Albanian artists exploit in order to grasp the complexity of their situation: they document reality and yet they keep their distance.

Edi Muka is a critic and curator based in Tirana.