The Principle of Chance. During the opening times of the gallery there will be live experiments, including a realized model train. These serve to verify the hypothesis that free art is subject to unpredictability, which assigns itself as its own destiny. 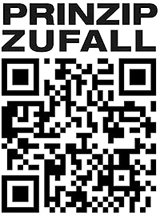 At the Gallery KUNSTAGENTEN from June 10th to July 17th 2010, Romeo Grünfelder will produce experimental correlations with the psycho-physicist, Prof. Dr. Johannes Hagel, under the exhibition title »THE PRINCIPLE OF CHANCE«. During the opening times of the gallery there will be live experiments, including a realized model train. These serve to verify the hypothesis that free art is subject to unpredictability, which assigns itself as its own destiny. The visitors of the exhibition are welcome to take an active part in the psychic experiments, and to influence them, although the outcome is beyond calculability.

According to Immanuel Kant, he insists that the Fine Arts follow no rule at all: For Kant it is not the artist, but nature that dictates the rules of art, the artist is just used by nature in order to transmit the rules into the art. “Even if by now strategic marketing and communications measures replace the Kantian nature, and art in cultural activities can be predictable, the primordial significance of art has not lost its fascination.” says Grünfelder. The exhibition »THE PRINCIPLE OF CHANCE« parallels art and parapsychology, whose object of research is unforeseeable, and its results are absolutely unpredictable. The paranormal model railroad experiments serve to develop a film on Super 8 Cinemascope, which will be premiered in the fall.

Romeo Grünfelder (* 1968 in Mutlangen) studied Visual Communication at the Hochschule für Bildende Künste, Hamburg under Bernhard Johannes Blume and Hans Joachim Lenger. He received numerous scholarships and honors: Among other things, the Villa Aurora-Scholarship Los Angeles (2005), scholarships from the Studienstiftung des Deutschen Volkes (1998, 2002) and the Arbeitsstipendium of the City of Hamburg (2008). His works have been shown at international film and media festivals, and were exhibited in Kunstvereinen (art societies) and museums, such as Vejle Museum of Art in Vejle, Denmark (2007), Hamburger Kunsthalle (2007) and the Kunstverein Düsseldorf (2007, 2000). »THE PRINCIPLE OF CHANCE«'' is the artist’s second solo exhibition in the Gallery KUNSTAGENTEN.

Parallel to the showcase at the Galery KUNSTAGENTEN, the Museum Folkwang in Essen presents Romeo Grünfelder’s video work »[desi're:] – The Goldstein Reels« (2005) in the exhibition ''The Grasped Process of Vanishing'' (June 5th – August 1st, 2010).