A collaborative exhibition features works by Mexican and international contemporary artists. Works are gathered around thematic lines such as poetics of craftsmanship, the relationship between city and nature, structural affinities, the iconography of nationalism, imagery of death and mortality, constructive logic, archival accumulation and grouping, and the precariousness of everyday life. 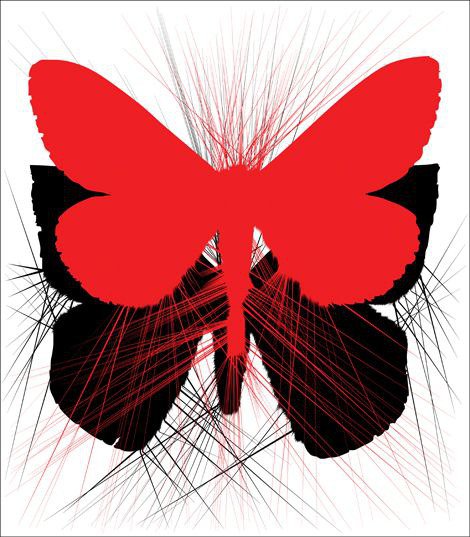 The Museum of Contemporary Art San Diego (MCASD) and the Museum of Latin American Art (MOLAA) in Long Beach will jointly present Mexico: Expected/Unexpected, an exhibition featuring more than 100 artworks selected from CIAC (the Isabel and Agustin Coppel Collection), one of Mexico’s most comprehensive and dynamic contemporary art collections.

The exhibition, which opens at MCASD La Jolla on Feb. 5 and at MOLAA on Feb. 20, will be on view at both museums through May 15. The collaboration broadens the geographic reach of the collection, making it accessible to visitors from the U.S.-Mexico border to the greater Los Angeles area.

Richard P. Townsend, MOLAA President and CEO stated, “We are delighted not only to work with such eminent collectors as the Coppels, but with such a distinguished institution as the Museum of Contemporary Art San Diego. MCASD is renowned for its longtime work with Latin American art and locally relevant migration and border issues. They have the tradition of setting this within an international dialogue, which provides an excellent example for MOLAA and other museums across the country.”

Hugh M. Davies Ph.D. The David C. Copley Director at MCASD adds, “MOLAA is the only museum in Southern California with a specific focus on Latin American art. Through our institutional partnership, we hope to underscore the exhibition’s goal of reformulating the relationship between international contemporary discourse and art practitioners in Mexico and Latin America. This exhibition is intended to upend expectations about what Mexican art is today.”

Mexico: Expected/Unexpected is organized into nine sections, allowing the collection to be concurrently presented in two different locations. Works are gathered around thematic lines such as poetics of craftsmanship, the relationship between city and nature, structural affinities, the iconography of nationalism, imagery of death and mortality, constructive logic, archival accumulation and grouping, and the precariousness of everyday life. MCASD will present five sections, with an emphasis on installation art, painting and sculpture, while MOLAA will present four sections that explore in depth the connecting thread between the collection’s photographic holdings, geometric abstraction, sculpture and film.

While each venue on its own presents a cohesive exhibition with strong internal logic, extraordinary artworks, and site-specific programming and interpretation, MCASD and MOLAA have added new artworks from the Coppel Collection to their presentations, offering an unprecedented in-depth view of its holdings. Audiences are encouraged to travel between the two locations to understand the full associations offered by the exhibition. To encourage patrons to visit both locations, the museums are offering members of each institution free reciprocal admission during the run of the exhibitions; for non-members, both institutions are offering half-price admission when guests present an admission ticket from the first venue they visited.

The exhibition reveals how the Isabel and Agustin Coppel Collection champions contemporary art nationally and internationally, while it consistently interrogates the fundamental differences between those two categories.

Featuring expressive artworks that overcome the concept of “Mexican-ness” as a fixed category, the Coppel Collection surprises the viewer in unexpected ways, defying the plainness of cliché. Likewise, Mexico: Expected/Unexpected proposes that Mexican contemporary art, like the global culture to which it responds, is unstable, rich, complex, unpredictable, and constantly shifting between tradition and innovation.

A full-color catalogue documenting both exhibitions with essays by original Maison Rouge exhibition curators Carlos Basualdo and Monica Amor, among others, will be available.

Support
Mexico: Expected/Unexpected is organized by CIAC with support from La Secretaría de Relaciones Exteriores, México, and the Consulado General de México in San Diego and Los Angeles. The exhibition is jointly presented at the Museum of Contemporary Art San Diego (MCASD) and at the Museum of Latin American Art (MOLAA) in Long Beach, California.

Related programs at MCASD are supported by grants from The James Irvine Foundation Arts Innovation Fund, the County of San Diego Community Enhancement Fund, and the Institute of Museum and Library Services. Institutional support for MCASD is provided, in part, by the City of San Diego Commission for Arts and Culture.

At MOLAA, funding for the exhibition is provided by the Robert Gumbiner Foundation, Arts Council for Long Beach, City of Long Beach, and the MOLAA Annual Exhibition Fund.

Mexico: Expected / Unexpected was originally curated by Mónica Amor with project advisor Carlos Basualdo for the Maison Rouge, Paris (2008). The MCASD and MOLAA installations are the result of a curatorial dialogue between Mireya Escalante and Ana Belén Lezana (CIAC), Lucía Sanromán (MCASD) and Cecilia Fajardo-Hill and Idurre Alonso (MOLAA).

MUSEUM OF CONTEMPORARY ART SAN DIEGO (MCASD)
Founded in 1941, the Museum of Contemporary Art San Diego (MCASD) is the preeminent contemporary visual arts institution in San Diego County. The Museum’s collection includes more than 4,000 works of art created since 1950. In addition to presenting exhibitions by international contemporary artists, the Museum serves thousands of children and adults annually at its varied education programs, and offers a rich program of film, performance, and lectures. MCASD is a private, nonprofit organization, with 501c3 tax-exempt status; it is supported by generous contributions and grants from MCASD Members and other individuals, corporations, foundations, and government agencies. Dr. Hugh M. Davies is The David C. Copley Director at MCASD.
Institutional support for MCASD is provided by the City of San Diego Commission for Arts and Culture.

MUSEUM OF LATIN AMERICAN ART (MOLAA)
The Museum of Latin American Art (MOLAA) was founded in 1996 in Long Beach, California and serves the greater Los Angeles area. MOLAA is the only museum in the United States exclusively dedicated to modern and contemporary Latin American art. Since its inception, MOLAA has doubled its size, added a 15,000 sq. ft. sculpture garden and expanded its permanent collection, ranging from works by Tamayo and Matta to Cruz-Diez, Los Carpinteros and Tunga. With its physical expansion complete, MOLAA presents a major exhibition schedule, educational outreach and serves as a platform for cross-cultural dialogue.