Part I is showing works by eight important artists from the Balkans and Central Europe who for the most part were working before the fall of the Berlin wall, it is produced in collaboration with Index. Part II starts includes younger artists from among other countries Moldavia, Belarus and Russia. When the wall fell Western Europe as a figure of thought dissolved but the idea of the former East still continues to influence our idea of Europe. 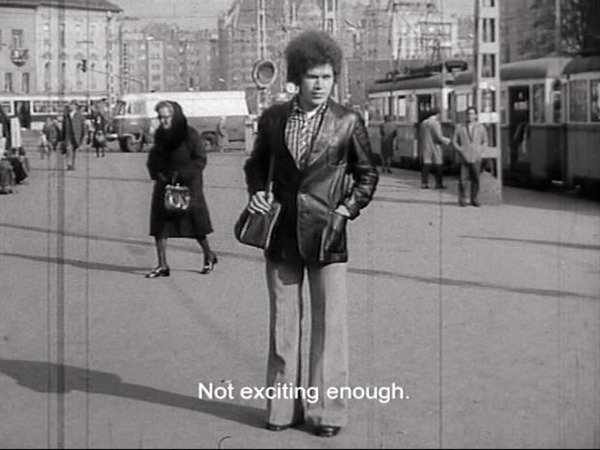 A Complicated Relation, part I is the first in a series of two. Part I is showing works by eight important artists from the Balkans and Central Europe who for the most part were working before the fall of the Berlin wall. The first part of the exhibitions also includes a show staged at Gallery Index in Stockholm, A Complicated Relation: KwieKulik, being shown there between the 7th of September and 23rd of October, exhibiting works by the polish artist duo KwieKulik. A Complicated Relation part I is produced in collaboration with Index – The Swedish Contemporary Art Foundation, with unding from Rumänska Kulturinstitutet and Polska Institutet.

The exhibition A Complicated Relation part I presents art from what was formerly known as Eastern Europe. The term “Eastern Europe” assumes a divided Europe and the existence of a Western Europe. Today, twenty-two years after the fall of the Berlin wall, those countries are being part of a united Europe but our language discloses and unmasks a picture much more complicated than that. We talk about Hungary as an ex. Eastern European country, whereas the former West European countries today represents a tacit, unspoken normality. When the wall fell Western Europe as a figure of thought dissolved but the idea of the former East still continues to influence our idea of Europe. This delay in our mode of thinking has also influenced the art field – many of the artists that worked in the eastern parts of Europe during the socialist regimes still have not, even though a lot has happened in recent times, received their proper place in the canon of contemporary art.

The East European societies with a socialist regime that the participating artists were working in were all different from each other. Eastern Europe was never one reality but there existed without doubt certain common conditions, even if the possibilities of working as an artist was different in the various countries. A Complicated Relation part I aims to highlight a number of important artists having the one thing in common that they were living and working in “Eastern Europe” during the 1970´s, focusing on the artistic practices that they developed as a reaction to a complicated relation with the society they were living and working in.

For an artist who did not want to support the official ideological agenda there remained only a strictly limited field in which to work. With the limited connections and the decision, or the necessity to work outside the official scene there followed financial difficulties and minimal opportunities for production and exhibition of work. A close circle of colleagues, family and friends were in many instances the only context that could offer collaboration, an audience, information and relevant critique. The private home could be a base for production as well as for display. Artistic practices less focused on traditional art objects and not dependent on costly production methods or official funding meant that is was possible to develop an artistic production that in itself was not limited but on the contrary explored new artistic methods, a new artistic language and new connections and contexts. A Complicated Relation part I gathers a number of artists that, despite living in a repressive period, chose a unique and radical perspective and approach to art.

In collaboration with: Index www.Indexfoundation.se

A Complicated Relation, part II starts at Kalmar konstmuseum the 17th of September 2011 curated by Director of Exhibitions Martin Schibli. This part includes younger artists from among other countries Moldavia, Belarus and Russia.