Through photography, sculpture, video animation, the exhibition invites us to contemplate how the manipulation of local ecologies and the global exploitation of natural resources will require new ways of living in the 21st century. 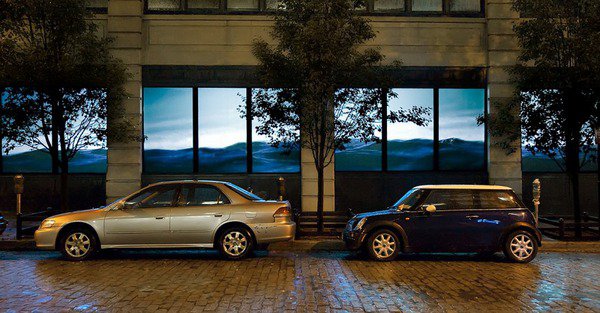 Over the last decade, scientists and humanists have considered renaming our current geological era the “Anthropocene” in recognition of the profound impact that human activities have had upon the earth’s crust and atmosphere. The move would equate humanity with geological forces like glaciers, volcanoes, and meteors and suggest that a sharp division between nature and culture or technology is no longer tenable. If the Anthropocene is accepted, then one major question must be answered: when and where did human activity begin to leave its indelible mark upon the surface of Earth? Did the Anthropocene begin with the industrial revolution, with fossil fuel extraction, nuclear testing, or with the advent of agriculture over 40,000 years ago?

For each geological epoch the International Union of Geological Sciences identifies an exemplary site and marks it by driving a golden spike into the rock layers. INOVA’s exhibition brings together nine contemporary artists to explore distinct locations where we might consider driving the “golden spike” that would mark the beginning of the Anthropocene, including the surreal landscapes of oil fields (Marina Zurkow), petro-chemical production (Steve Rowell), Yucca Mountain nuclear waste disposal site (Eve Laramee), and coastlines (Roderick Coover and Scott Rettberg). Others sites reflect more dispersed entities like the polluted atmosphere (Amy Balkin), rising sea levels (Eric Corriel), plastic refuse (Yevgeniya Kaganovich) and even digital space (Xavier Cha). Natalie Jeremijenko’s urban agriculture project takes the exhibition out of the gallery and into the city, where participants will be invited to explore the impacts of climate change on urban patterns of plant and animal life.

Through photography, sculpture, video animation, film, performance, and participatory events, the exhibition invites us to contemplate how the manipulation of local ecologies and the global exploitation of natural resources will require new ways of living in the 21st century. The exhibition and accompanying programs challenge visitors to recognize the omnipresence of human impact on contemporary landscapes—suggesting that the closer and more carefully we look, the more places we may find to place a golden spike of the Anthropocene.