War Damaged Musical Instruments. The artist unveils one of her most ambitious works to date, to mark the centenary of the First World War. Philipsz's work produces focused lines of sound in the galleries, echoing the directional signals given to soldiers in battle. 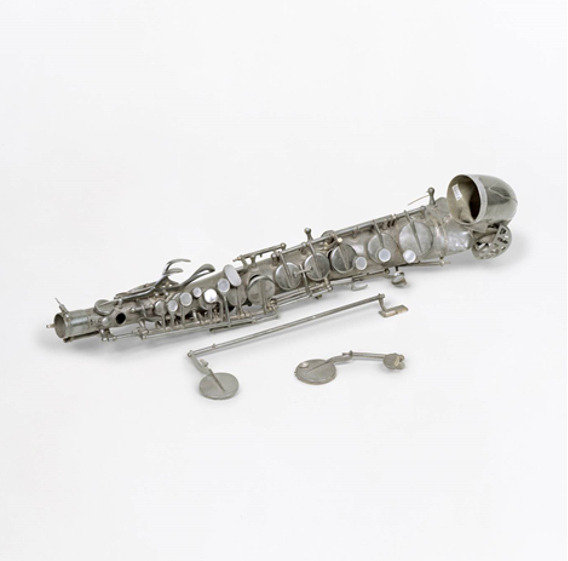 Turner Prize-winner Susan Philipsz (b.1965) will unveil one of her most ambitious works to date, specially commissioned by 14-18 NOW, to mark the centenary of the First World War in the Duveen Galleries at Tate Britain on 21 November. Entitled War Damaged Musical Instruments, the work uses recordings of “The Last Post” on a range of brass and woodwind instruments damaged in various conflicts. As part of the Tate Britain site was originally a military hospital which treated soldiers injured in the First World War, the work will have a special resonance.

This 14-part recording features damaged British and German instruments playing isolated tones from the military bugle call ‘The Last Post’, which signalled to lost and wounded soldiers that fighting had finished. The central section of the work will feature the sounds of several instruments from the First World War. Other instruments, like the Balaclava Bugle or the horn from the Battle of Waterloo, have detailed histories while those salvaged from a bunker in Berlin at the end of the Second World War, speak of the chaos civilian life is thrown into in times of conflict. Philipsz’s work will produce focused lines of sound in the galleries, echoing the directional signals given to soldiers as they advanced and retreated in battle. War Damaged Musical Instrumentshas been developed over several years and its presentation at Tate Britain forms part of the ongoing commemorations for the First World War centenary.

Susan Philipsz said: “I have focused on the brass and woodwind family, as these instruments need the human breath to produce the sound. I am less interested in creating music than to see what sounds these instruments are still capable of, even if that sound is just the breath of the player as he or she exhales through the battered instrument. All the recordings have a strong human presence.”
Ann Gallagher, Director of Collection (British Art), Tate said: “We are delighted to be welcoming Susan Philipsz back to Tate Britain with such a resonant and effecting sound work. Tate Britain is committed to showcasing new work by contemporary British artists, but it is particularly timely to be able to present this project during the First World War centenary commemorations.”

Jenny Waldman, Director of 14-18 NOW, said: “It gives us great pleasure to commission a work that gives such a powerful reflection on the damage wrought in the First World War. Showcasing the piece at Tate Britain, which has its own interesting history from that period, will make the experience all the more compelling.”

Using recordings, often of her own voice, Susan Philipsz is best known for her immersive sound environments. Born in 1965 in Glasgow, Philipsz currently lives and works in Berlin. Winner of the Turner Prize in 2010, the artist was also shortlisted for Glenfiddich Spirit of Scotland Award that same year. She is represented in several major museum collections, including Tate and the Solomon R. Guggenheim Museum, New York, and in recent years her work has been exhibited at the Hamburger Bahnhof, Berlin (2014); Carnegie Museum of Art, Pittsburgh (2013); Museum of Contemporary Art, Chicago (2011) and Museum Ludwig, Cologne (2009).