Three Symposia. The first symposium considers Genet's literary and theatrical assaults on colonialism and on concepts of sexual identity. It sets the scene for the next two symposia. 'The Black Panthers and Cinema' reveals the movement's extensive connections, from radical student and ethnic minority organisations in the States, to African liberation movements. 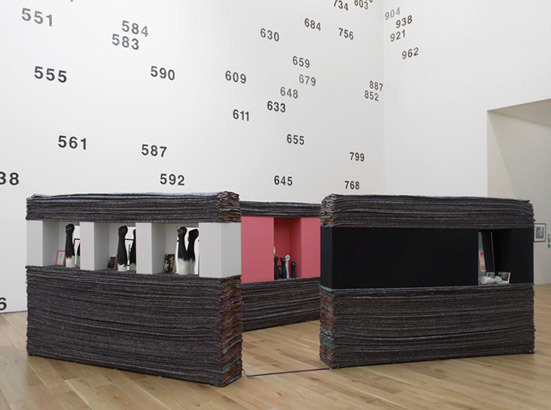 Nottingham Contemporary's current exhibition is dedicated to the life and work of Jean Genet (1910–1986), the celebrated poet of revolt. As part of our Talks and Discussions three short symposia will consider Genet's later life and work, as they relate to the radical politics and philosophy of the 1960s and 1970s.

With Clare Finburgh, Carl Lavery, Adrian Rifkin, Agnès Vannouvong , Lili Reynaud-Dewar.The first symposium considers Genet's literary and theatrical assaults on colonialism, and on concepts of sexual identity. The speakers offer insights into Genet's confrontation with society, against the backdrop of May '68 in France. It sets the scene for the next two symposia.

With The Otolith Group, Leila Shahid, Hadrien Laroche, Eyal Weizman. The second symposium is inspired by Genet's complex exchange with, and representation of, the Palestinian struggle. Leila Shahid, now General Delegate of Palestine at the European Union, was a close friend during the writer's final years. She will discuss Genet's passion for this displaced people and what she sees as his lasting contribution to the understanding of the Palestinian cause. Artists Anjalika Sagar and Kodwo Eshun of The Otolith Group will discuss Genet and their film Nervus Rerum. Eyal Weizman, Director of the Centre of Research Architecture works with a variety of NGOs and human rights groups in Israel/Palestine. Adrien Laroche completed his doctorate in philosophy under Jacques Derrida in 1996. He has published essays on Jean Genet, Paul Cézanne, Marcel Duchamp.

With Emory Douglas, Kodwo Eshun and Lili Reynaud-Dewar. With John Akomfrah OBE (via Skype). The first half of this final symposium is a rare lecture by Emory Douglas, the Panthers' former Minister of Culture. In the afternoon there will be a presentation on Genet and the Panthers by Kodwo Eshun, with John Akomfrah via Skype. They will be joined by artist Lili Reynaud-Dewar to consider the significance of the Panthers in their own time, and their legacy—as well as their relationship with Genet.

Curated with Kodwo Eshun of The Otolith Group. Directed by leading European and American experimental filmmakers, including Agnes Varda, Jean-Luc Godard, D A Pennebaker and William Klein, these films reveal the movement's extensive connections, from radical student and ethnic minority organisations in the States, to African liberation movements. The Panthers were uniquely cinegenic, and they might be regarded as the co-authors of these films.

Films will be screened at Nottingham Contemporary, Broadway or New Art Exchange, Nottingham.

The Late Genet: Three Symposia and The Black Panthers and Cinema are free events, but must be booked online at www.nottinghamcontemporary.org