Protest Art in Today's Russia. Full-throated art performances by the groups Voina and Pussy Riot have drawn attention to the Russian protest art in recent years. A meeting 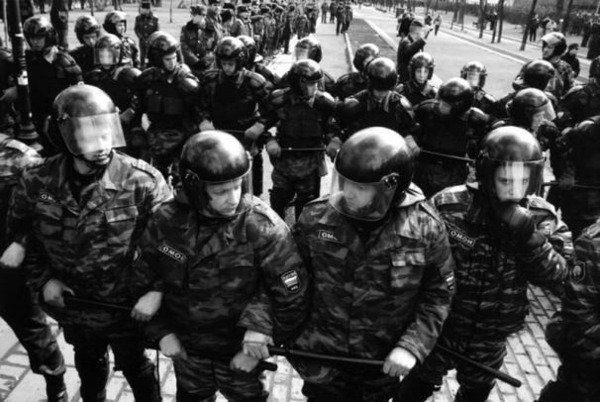 Protest Art in Today's Russia. Alongside with the awakening of public spirit in the Russian society, Russian art groups activate. The meeting "Total War. Protest Art in Today's Russia" is an attempt to observe this phenomenon on the beat. Together with artists, theorists and activists from Russia and Poland, we will contemplate the artistic and political context of protest art. We want to learn about an impact of involved art on the language of political protests in Russia in the past two years. Do art activists have a political program and what does it include? Is protest art able to generate a broad social movement? Are the artists partners or competitors of the political opposition? Is protest art able to threaten the power? What is its goal: open minds, change the language of debate, introduce new problems to the debate, and perhaps incite an uprising and destruction of the power system? During the meeting we will also present a new book titled Post-Post-Soviet? Art, Politics and Society in Russia at the Turn of the Decade, co-edited by Marta Dziewanska, Ekaterina Degot and Ilja Budraitskis. Participants: dr Alek D. Epstein, Ilja Budraitskis, Marta Dziewanska, Denis Mustafin. Moderated by Roman Pawlowski.