The Festival for Art and Digital Culture Berlin it is presenting a dynamic programme with more than 150 multidisciplinary projects. With this year's slogan 'Response:Ability' the event reflects to what extent this connected hyper presence influences our living together, our work processes and political actionability. Over 170 artists, researchers and media activists create an interdisciplinary platform linking art, lectures, performances, workshops and screenings at the Haus der Kulturen der Welt and over 20 satellite locations. 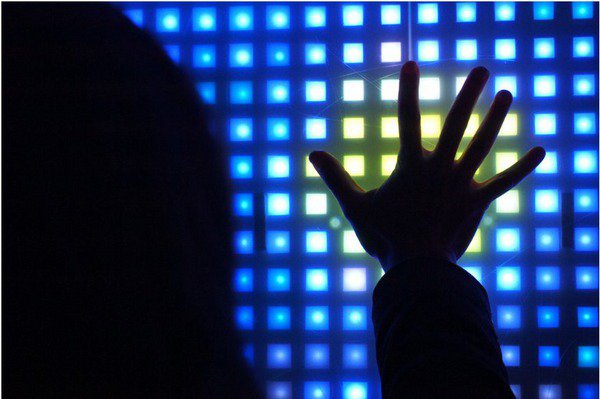 transmediale.11, the International Festival of Art and Digital Culture is taking place at the Haus der Kulturen der Welt in Berlin from the 1st to the 6th of February, 2011. It is devoted to the radical changes of our digital age.

With the title RESPONSE:ABILITY transmediale.11 calls for joint reflection on how we live with and on the Internet today. The network as a zone of social activity is becoming an increasingly competitive resource. At the same time, the rise of social networks, the new quality of mobile communication technologies and real-time media are leading to the increasing live-connectedness and networking of our society.
transmediale.11 asks what courses of action following the Web 2.0 era are possible for Internet users in responding to these developments. Against this background over 170 artists, researchers and media activists create an interdisciplinary platform linking art, lectures, performances, workshops and screenings at the Haus der Kulturen der Welt and over 20 satellite locations in Berlin.

The Open Zone
The Open Zone is an art-based social experiment with Free Culture and the Open Web. Various social territories are, for the duration of transmediale.11, occupied by artists and media activists. In open studios, project labs, exchange centres and experimental spaces in the HKW foyer, a model city arises in which the strategic conditions of an open internet culture are examined, and which can be experienced by visitors. With Heath Bunting, Simona Levi, Peter Sunde, Open Design City Berlin, Elizabeth Stark, kom.post collective, Ursula Endlicher, Christopher “moot” Poole, Mushon Zer-Aviv, Evan Roth and many more.
Curated by Ela Kagel.

HacKaWay Zone Far from the often maligned image of hacking being targeted sabotage or rogue interventionism transmediale's HacKaWay Zone is the place where the notions of complex technological and societal systems are critically de- and re-constructed to reveal new and alternative realities. The HacKaWay Zone creates a space for process-based and performative art that depends on the interactive participation of visitors. With artworks, workshops and performances from artists including Paul Vanouse, HONF, UBERMORGEN.COM, Christin Lahr, Garnet Hertz and Jussi Parikka, Herwig Weiser, Ei Wada as well as Fair Use Trio.
Curated by Stephen Kovats.

Film and Video Programme SyncExistence SyncExistence presents in eleven curated film and video programmes, close to sixty contemporary and historical moving image works. This year's main focus is a reflection on the vital ways in which twentieth century cinema – through its editing techniques and new visual culture – contributed to promoting the sense of growing simultaneity, ubiquity and acceleration which the Internet has since increased exponentially. With films and videos from artists including Lynn Hershman Leeson, Ho Tzu Nyen, Sergei Komarov, Wolf Vostell, Camille Verbunt, Ruben Östlund, Reynold Reynolds, John Smith, Pilvi Takala and the ArabShorts project.
Curated by Marcel Schwierin.

Performanceprogramme LIVE:RESPONSE This year’s performance programme LIVE:RESPONSE at transmediale.11 hovers at the interface between the real world and the media sphere, liveness and reproduction, virtual and physical. It demonstrates the many varieties of interaction with the materiality of different media and different forms of association of the body and media. In this sense it also deals with the archives of memory and the constantly growing reservoir of audio-visual media content. With live performances from artists including Herman Kolgen, People Like Us, Cécile Babiole & Vincent Goudard, Daito Manabe, Eboman and Preslav Literary School.
Curated by Sandra Naumann.

Awards
At the Awards Ceremony on the 5th of February 2011 at the Haus der Kulturen der Welt, the winners of three awards will be announced. transmediale and CTM (club transmediale) join forces to present the transmediale Award for outstanding artworks from around the world responding to the challenges of our rapidly changing digital technology and network-based culture. The Vilém Flusser Theory Award promotes innovative media theory and practice-oriented research projects exploring current positions in digital art and culture. The Open Web Award will be presented, in collaboration with the Mozilla Foundation, for the first time. Three projects have been nominated, that critically consider and develop the potential of the Open Web: booki by Adam Hyde, Graffiti Markup Language by Evan Roth and THIMBL by the art group Telekommunisten. The nominated works will be available until the 4th February 2011 on the Mozilla Drumbeat Platform for a public vote that will determine the award winner.

COOPERATIONS
CTM.11 – #LIVE!?
As every year transmediale collaborates with CTM (club transmediale) – Festival for Adventurous Music and Related Visuals Arts. CTM runs parallel to transmediale from the 1st to the 6th of February 2011. CTM presents concerts, performances, club nights and a panel programme at a number of venues. Further information: www.clubtransmediale.de

Satellite Programme
transmediale.11 cooperates with a number of partner organisations to create a network of Satellites showcasing current works from the realm of digital and electronic arts. The project themes range from open culture systems, community technology, social codes and conventions within digital media, to changing parameters in the virtual and material environment and shifts between private and public spheres.

McLuhan in Europe 2011
transmediale in collaboration with the Marshall McLuhan Salon of the Embassy of Canada are preparing a major event in the context of the 100th anniversary in 2011 of the birth of Herbert Marshall McLuhan. The cultural network project McLuhan in Europe 2011 will explore, critique and celebrate the impact of this Canadian media and telecommunications visionary on European art and culture through a series of events occurring in various locations, contexts and timeframes across Europe in 2011. The transmediale Marshall McLuhan 2011 Lecture on February 2nd, 2011 at 6.30 pm will be presented by Mark Surman at the Marshall McLuhan Salon in the Canadian Embassy. The Executive Director of the Mozilla Foundation is one of the world's leading proponents for Open Technologies and Open Web. Also opening on this date at the Marshall McLuhan Salon is OPEN Signs, a special exhibition of web-based open sources art works curated by game designer and artist Heather Kelley. In addition, the event will launch a special hardcover and limited edition facsimile of the original previously unpublished manifesto COUNTERBLAST 1954, published by the Gingko Press exclusively for transmediale on the event of the McLuhan anniversary.
Further information: www.transmediale.de/beyond/mcluhan-2011

DAS Weekend – Digital Art & Sound Weekend
On the weekend prior to the festival, from the 28th – 30th of January, transmediale, CTM, Create Berlin and over 70 Berlin partners together invite to the first Digital Art & Sound Weekend. DAS Weekend draws attention to many artists, spaces and initiatives active in Berlin with exciting ideas and strong commitment to promoting artistic work and discourse from the converging zones between digital arts, experimental music and sound art.

transmediale is a project of Kulturprojekte Berlin GmbH in cooperation with Haus der Kulturen der Welt, supported by the Federal Culture Foundation.