MIF will present more than 20 commissions, premieres and special events created by leading artists from around the world, some of which have been three years or more in the making. Projects include Victoria Wood's That Day We Sang, Sacred Sites, Music Boxes, Bjork and Vertical Farm. 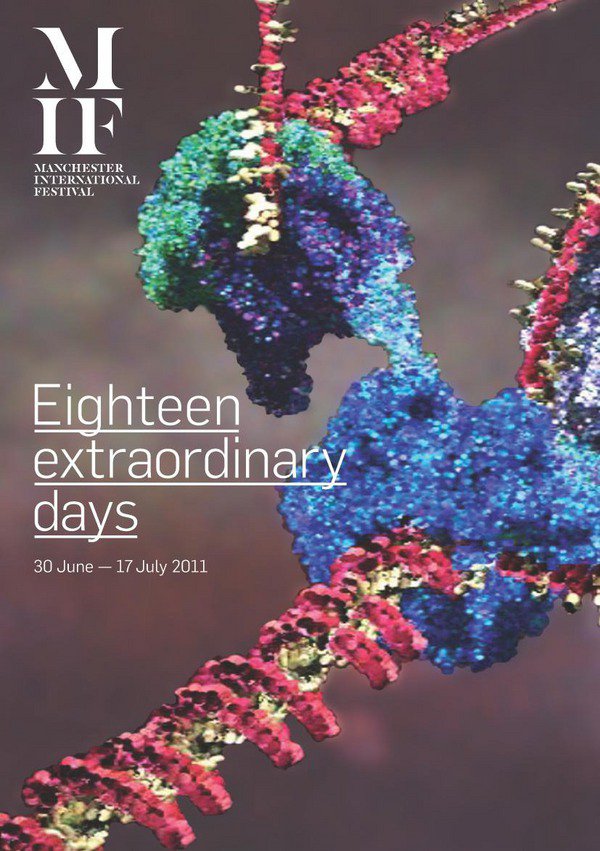 Manchester International Festival today launches the full programme for the 2011 Festival, with an event at Manchester’s Museum of Science and Industry. From Thursday 30 June to Sunday 17 July, MIF will present more than 20 commissions, premieres and special events created by leading artists from around the world, some of which have been three years or more in the making.

Festival Director, Alex Poots, says ‘MIF is a home for major artists to realise their most ambitious projects and we are grateful to them for entrusting their work to us. We hope audiences will enjoy this year’s programme, featuring a greater number of large-scale productions created in collaboration with leading presenters from around the world.’ Councillor Mike Amesbury, Executive Member for Culture and Leisure at Manchester City Council, says: ‘Manchester International Festival makes a massive contribution to the cultural offering of our great city and has helped establish us on the world stage as a leading artistic powerhouse. The Festival also ensures that tens of millions of pounds are poured into the Manchester economy. We're looking forward to the Festival's return. The quality of what will be on display is fantastic and I'm confident we're heading for the best Manchester International Festival ever.’

Following the success of projects such as Jeremy Deller’s Procession in 2009, MIF Creative, the Festival’s creative learning programme, has been expanded for 2011. MIF Creative offers opportunities to inspire, excite and support local people to get involved in the Festival; projects include Victoria Wood’s That Day We Sang, Sacred Sites, Music Boxes, Björk and Vertical Farm.

MIF is committed to developing a sustainable festival, one which benefits the local economy, is engaging for local communities and which tries to minimize its environmental impact. We work hard to secure a mixture of income, combining public, commercial and private income with ticket sales and co-commissioning money to help ensure that we are here for the long term. For more information on sustainability at MIF, please visit www.mif.co.uk/about-us.

Look out for Festival Square, the hub of the Festival, outside Manchester Town Hall on Albert Square. The iconic Festival Pavilion, now a familiar local landmark, is a bar and occasional impromptu performance space. With a café, a box office, DJs, new bar space The Glasshouse and an expanded Pavilion Theatre programme, Festival Square is the place to be in July.

The Life & Death of Marina Abramović
Robert Wilson, Willem Dafoe, Antony & Abramović in a startling new piece for the stage

Rickie Lee Jones – Pirates and more
30 years since its release, Jones plays her album Pirates plus a career-spanning set

Paul Heaton – The 8th
Epic pop song all about the deadly sins – including a brand new one, The 8th