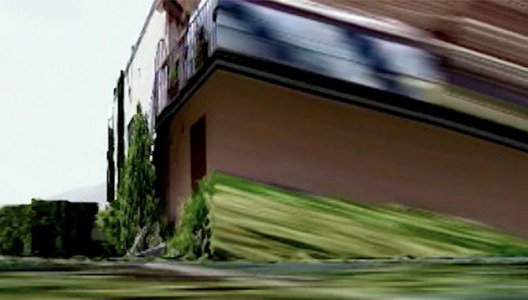 Abandon Normal Devices (AND) Festival is an energetic festival of ground-breaking art, digital culture and new cinema. The eclectic cross-media festival will return to Manchester as part of the London 2012 Cultural Olympiad, for its fourth annual edition from 29 August – 2 September 2012. Drawing from the North West of England’s rich cultural heritage, AND presents astonishing new commissions and extraordinary experiences, turning audiences minds inside out like no other festival. The 2012 Festival programme includes a ‘super-football’ grown from living cells, an outdoor scrap car drive-in, mobile peep shows, a prodigious Alan Turing-tribute film and frank advice from teenagers.

Alongside a large programme of activity, AND also sets out to explore the term ‘success?’, taking a closer look at artists who have claimed ‘failure’ to offer more imaginative and insightful ways of existing in the world. AND introduces an array of artists, filmmakers and performers taking risks, crossing boundaries and setting adventurous parameters. Expect a programme full of explosions, entropy and experiments. Activity kick-starts with a preview weekend on 22 – 23 June, followed by a spectacular tour of the Northwest in Cumbria, Cheshire and Lancashire, culminating in the festival’s arrival in Manchester at the end of August.

Debbie Lander, Creative Programmer for London 2012, said “AND Festival is fun, challenging and one of a kind. The 2012 edition of the festival promises to be the most ambitious to date with a series of new commissions designed especially for the London 2012 festival – the finale of the Cultural Olympiad, bringing together leading artists from across the world with the very best from the UK.”

Studio & Project Space.
AND Festival was established in 2009, as a unique partnership between Cornerhouse, FACT and folly. AND has been funded by Legacy Trust UK, creating a lasting impact from the London 2012 Olympic and Paralympic Games by funding ideas and local talent to inspire creativity across the UK. AND Festival is part of WE PLAY, the North West cultural legacy programme for the London 2012 Olympic and Paralympic Games. AND is supported by the National Lottery through the BFI and Creative England. AND Festival is part of the London 2012 Cultural Olympiad.

John O’Shea: Pigs Bladder Football
WORLD PREMIERE
Pigs Bladder Football launched one year ago, setting out a remarkable challenge: for AND 2012, artist John O'Shea would culture the world’s first bio-engineered football, grown from living cells. For six months he has been artist-in-residence at the University of Liverpool's Clinical Engineering Unit, developing his own bespoke protocols for harvesting animal tissue in collaboration with Professor John Hunt and Theun Van Veen. The final ball, which will be produced by replicating the same techniques used to create artificial human organs, encourages us to consider the role life sciences will have in our daily lives today and in the future. It also references to the colliding worlds of human enhancement, the bio-technology industry and the global capitalization of sport, which have become highly contested areas. The journey of the process and the final result will be displayed in an exhibition during AND 2012.

Todd Chandler & Jeff Stark: Empire Drive-In
EUROPEAN PREMIERE
Empire Drive-In is a large-scale, post-apocalyptic drive-in movie theatre made from wrecked cars and a 40-foot screen constructed of salvaged wood. Created by Brooklyn artists Todd Chandler and Jeff Stark in collaboration with a dozen other artists and craftspeople, it is symbolic of the once thriving drive-in Abandon Normal Devices Ltd, registered in England, No 6054549 industry in the United States. Today, only 381 drive-ins remain active in the US, killed off by strip malls and condos more profitable than the drive-in movie theatre experience. Originally built in San Jose over a two-week period, Empire Drive-In will now come to Europe for the first time during AND Festival 2012, with a specially programmed series of film screenings.

trixxie carr: The right to RULE
NEW COMMISSION
No one should have to fight for the right to be awesome, yet ruling classes do exist (royalty, government, capitalist and corporate) – sometimes because they are revered and respected by their subjects, sometimes through violent and oppressive regimes that surpress the will of their subjects. Faux queen trixxie carr, a born-female drag queen orphan from San Francisco, examines the right of those outside of the status quo ruling classes to succeed within them, regardless of birth right through lineage, and instead by right of being. Experiences will include a mobile peep show combining a tease with philosophical treatise, workshops on drag character-building and a closing night event of epic proportions involving live performance, video, music and immersive theatre for a faux-queen-credible revolutionary ball.

HeHe: M-blem: Train Project
WORLD PREMIERE
Two artists are audaciously attempting to re-install their own transportation system, based on the modernist dream of personal rail transport. The vehicles will run for passengers on demand in Manchester, Whitehaven and then London on the Woolwich line. HeHe, the European artist group comprising of Helen Evans and Heiko Hansen, are proposing to construct a one-person autonomous house titled M-blem: Train Project. It will be a reduction of rail transport to its smallest element of the railway's machine ensemble: the wheel itself. An inversion of rail infrastructure, the wheel is the coach and the engine, it becomes a house for one person to travel within. A co-commission with Arts Catalyst.

Jeremy Bailey: Master/Slave Invigilator Software System
(MISS)
NEW COMMISSION
Using the master/slave model of communication, where one device or process has unidirectional control over one or several other devices, famous New Media Artist Jeremy Bailey will demonstrate technology that allows him to physically be everywhere at once. This new and innovative system for augmented identity and distributed presence will permit the artist to invigilate the entire AND Festival (and beyond) from the safety of a protected control cockpit in Liverpool. Bailey’s work has been featured in numerous exhibitions and festivals internationally. In collaboration with FACT (Foundation for Art and Creative Technology), Liverpool.

Mammalian Diving Reflex: Ask A Teenager
NEW COMMISSION
Famous for their project Haircuts by Children, a day-long event where children took on the role of adults to cut hair, Torontobased Mammalian Diving Reflex have been working with young people for several years, producing unforgettable work that is at once furious, riotous and rigorous. Their practice is a form of “social acupuncture” that provides a glimpse of a world of different possibilities. If it were not for rules, laws and regulations within society, could young people play a more significant part? For AND 2012, Mammalian Diving Reflex will present Ask A Teenager, where young people will unabashedlyprovide advice for adults on love lives, housing arrangements and career paths during the Festival.

IOCOSE: A Crowded Apocalypse
NEW COMMISSION
Conspiracy theories are, by their definition, neither ultimately refutable or acceptable. In order to hold true, they rely on the acceptance that the full evidence is not reachable. They are based on a shared belief: the idea that each one of us is an oblivious part in a mysterious master plan. Crowdsourcing, instead, makes this more transparent. Each user contributes to the creation of something which is bigger than the sum of each singular production. The final plan remains unknown, but it is Abandon Normal Devices Ltd, registered in England, No 6054549 actively produced by a large crowd. For AND 2012, IOCOSE will exploit crowdsourcing as a tool for the creation of a shared belief. The crowd will assemble its own conspiracy which will involve them again, at the end, as human beings.

Mark Amerika: Museum of Glitch Aesthetics
WORLD PREMIERE
Mark Amerika is an internationally renowned “remix artist” who not only reconfigures existing cultural content into new forms of art, but also mashes up the mainstream media forms and genres that most commercial artists work in. The Museum of Glitch Aesthetics (MOGA) is the latest work in Mark Amerika's collaborative series of transmedia narratives, telling the story of The Artist 2.0 - an online persona whose personal mythology and body of digital artworks are rapidly being canonised into the annals of art history. It traces the life of the artist and his ongoing commitment to a practice of ‘glitch aesthetics’ that leads to the museum of the title. MOGA will feature a wide array of artworks intentionally corrupted by technological processes including net art, digital video art, digitally manipulated still images, game design, stand-up comedy, sound art, and electronic literature. The project will also include a mock museum catalogue, available in both free e-book and print-on-demand editions.

Technology / Art
AL and AL: The Creator
UK PREMIERE
The Creator explores the legendary visionary dreams of the creator of computers and pioneer of Artificial Intelligence, Alan Turing. Combining Lynchian nightmare with the prophetic themes of J.G. Ballard you will enter the surreal dream world of the visionary scientist, who gave birth to the computer age. His binary children embark upon a mystical odyssey to explore their creator's dream diaries to discover their origins and destiny in the universe. Following the world premiere at the Museum of Moving Image, New York, this unique new film commission will premiere in the UK on the centenary of Turing’s birth on 23 June and will also screen again during AND 2012. In collaboration with Cornerhouse, Manchester.

Zoe Papadopoulou: Reproductive Futures
UK PREMIERE
From the stork to the invention of the microscope, the ‘birds and the bees’ to IVF - how will these stories evolve as our methods of reproduction become increasingly more diversified? The creation of artificial gametes from stem cells or somatic cells has the potential to fundamentally change the way we perceive parenthood and reproduction. This project investigates how scientific and technological developments influence historical stories and narratives, explaining ‘where we come from’. Reproductive Futures aims to create the space for a broader discussion on artificial reproductive technologies (ART). By exploring new reproductive scenarios, we can engage people in the possibilities these advances present, in a non-judgmental way that avoids polarising points of view.

Further programme confirmations, venues and special events will be announced in the coming weeks at www.andfestival.org.uk.