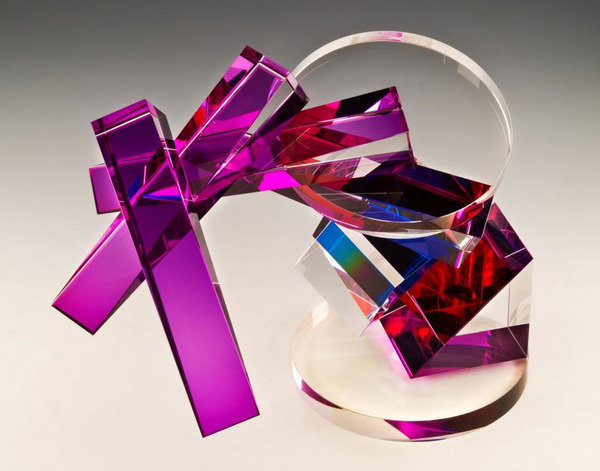 Palm Beach, FL - October 7, 2011- ArtPalmBeach celebrates its 15th Anniversary at the Palm Beach County Convention Center from January 20th-23rd, 2012 with a Preview evening January 19th. ArtPalmBeach is considered one of the most influential contemporary art fairs on Florida's Gold Coast by both critics and art enthusiasts since its opening in 1997. In honor of the Anniversary celebration, the fair will debut the most extensive program in its history by encompassing premiere events, special exhibitions, topical lectures, special museum tours, site specific art installations, art performances and exclusive VIP programs.

ArtPalmBeach 2012 welcomes back many returning exhibitors as well as introducing newcomers to the Palm Beach art scene. The fair is comprised of over seventy international galleries presenting works of all forms of contemporary art including painting, sculpture, photography, design, fine art glass, video and installations from modern art to new cutting-edge artists.

The fair will honor the lifetime accomplishments of Japanese sculptor Jun Kaneko and will feature a one-man exhibition of major works sponsored by Elaine Baker Gallery (Palm Beach, FL).

Originally a painting student, Kaneko discovered a passion for sculpture upon his arrival to California in the early 1960's, a time now defined as the Contemporary Ceramics Movement in America. Kaneko has taught at the nation's leading art schools including Scripps College and the Rhode Island School of Design. Kaneko's bronze and glass sculpture and two-dimensional works appear in numerous international exhibitions and as well as over 50 museum collections around the world. He has been honored with national, state and organization fellowships and an honorary doctorate from the Royal College of Art in London. He has realized almost 30 public art commissions and recently designed the set and costumes for a new production of Puccini's Madame Butterfly.

The lecture and panel discussion series will include a full program of daily presentations; Michael Kimmelman, Chief Critic of the New York Times,"The View from Over There, Over Here"; Jun Kaneko, "In Between"; William Warmus, Former Curator of Modern Glass at Corning Museum of Glass will moderate a roundtable discussion, "The Studio Glass Experiment – The First 50 Years 1962-2012"; a thought provoking panel moderated by Bruce Helander, Editor-in-Chief of The Art Economist; Willis "Buzz" Hartshorn of International Center of Photography, "The ICP Legacy and New Directions in Photography"; Ullysees Dietz, Curator of Decorative Arts at the Newark Museum, "Ceramics as Art, Not a New Idea"; and Mark Leach, Executive Director of the SECCA, Southeastern Center of Contemporary Art will present "The New SECCA and its New Directions in Contemporary Art".

In 2011, ArtPalmBeach was marked with outstanding attendance and strong sales. The fair welcomed a record 28,000 attendees during the five-day run. Dealers reported positive sales and strong interest from known collectors within the industry, reconfirming ArtPalmBeach's establishment as a fixture of South Florida's contemporary art scene.

For more information on ArtPalmBeach 2012 hours, exhibitors and programming, please visit the website at www.artpalmbeach.com.