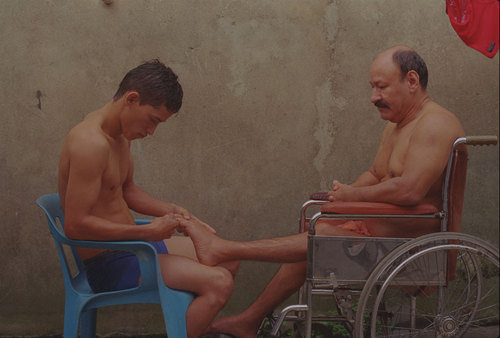 Screenings. Paralyzed from the waist down by a stray bullet, the title character in Alejandro Landes's remarkable film spends his days selling minutes on his cell phone, flirting with his comely neighbor - and secretly plotting his revenge. Landes worked on the film for five years, creating a tale that joins the most intimate details of Porfirio's day-to-day life with the astonishing recreation of his attempt to hijack an airplane. The filmmaker will be in attendance for the February 8 screening.