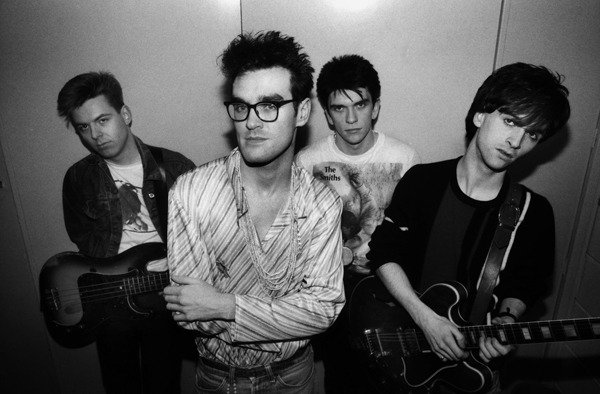 Over a two day festival comprising talks, performance, art and film, Smithsfest will survey the artistic and cultural impact of The Smiths, one of the most iconic, seminal and controversial bands in the history of pop music. To their passionate fans, The Smiths are the greatest band in the history of rock music. Morrissey himself stated that "The Smiths were the last group of any importance", and they are key countercultural figures of 1980s Britain. Smithsfest guests and participants are coming from across the country to pool their knowledge and passion. Highlights include the London debut of Terry Christian's solo show Naked Confessions of A Recovering Catholic; a double-bill of A Taste of Honey and The Leather Boys introduced by Rita Tushingham, two films she stars in and which were a huge influence on The Smiths. Mark Simpson, author of Saint Morrissey, will be in discussion exploring the question Morrissey: Saint or Sinner?, and former NME editor Danny Kelly hosts a talk exploring the Enduring Cultural Significance of The Smiths, with a panel of academics and superfans. Get quiffed up with a Moz Makeover from Open Barbers and Barberette, get your photo taken in front of the legendary Salford Lads Club, and confront MozTerMind: ask him anything about the Smiths or Morrissey and he knows the answer! The Readers Wifes, Strangeways and Morrissey Smiths Disco spin records throughout the weekend, plus an exhibition of exclusive photographs by legendary rock photographer Tom Sheehan. Attend every event with a Smithsfest multi-buy ticket 45 pounds (Save 25pounds) / 35 pounds Concessions (Save 21 pounds) / 30 pounds ICA Members (save 17 pounds).