Veterans. This is the latest installment in a series of performances using local war veterans staged in various museums and galleries over the past two years. Over the course of the gallery's opening hours, U.S. veterans will stand silently facing the corners of the exhibition space. 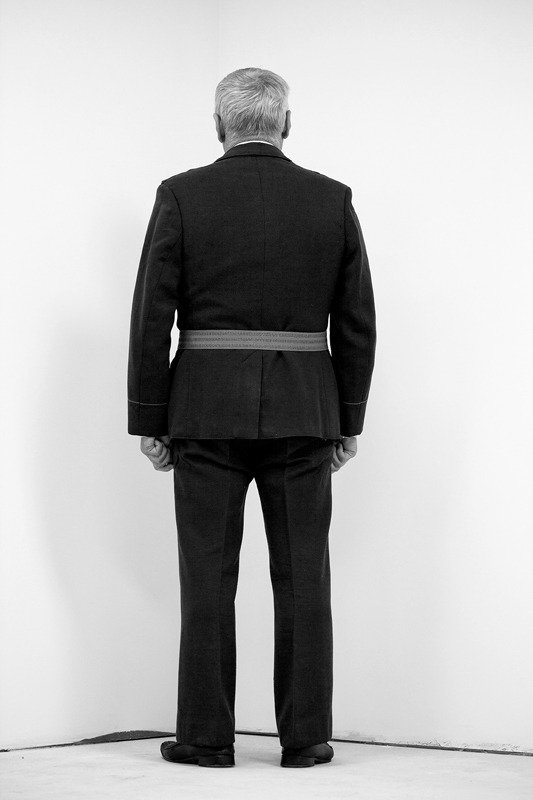 Team Gallery is pleased to host a performance conceived by the Madrid-based artist Santiago Sierra. The performance will take place at our 83 Grand Street space on April 6th from 10am to 6pm. Over the course of the gallery's opening hours, U.S. veterans will stand silently facing the corners of the exhibition space.

This is the latest installment in a series of performances using local war veterans staged in various museums and galleries over the past two years. In each iteration, the local audience completes the event with its unique response to the situation. Sierra later houses all of the performative facts within the titles, for example: British Veteran of the Wars of Afghanistan and Iraq Facing the Corner (Manchester Art Gallery, Manchester, UK, July 2011). A photograph of a U.S. Veteran from this performance will be included in Sierra's solo exhibition opening the following week in our 47 Wooster Street space.

Sierra troubles the devil/hero binary dominating popular representations of military workers, casting the veteran as a victim of the same socioeconomic conditions that engender prostitutes, drug addicts, and illegal workers. It is the hierarchies of capital that provide the industry of war with the lowest rung of its workforce while also helping to construct a culture of unexamined violence that facilitates an easy slippage from spectator to enactor within a range of unconscionable acts. The veterans are financially compensated for their participation in the performance as they have been paid for their service in war. Furthermore, the use of performers from the United States' volunteer army encourages the viewer to locate a prospective soldier's motivation amongst desire, obligation and exploitation.

Sierra's staged action, which mimics the common children's punishment, can be seen as a representation of guilt and forced contemplation by an absent, invisible transgressor. Conversely, however, one may recognize the veteran's occupation of the gallery as an act of silent protest. Silent, static and facing away from the viewer, the veterans continue Sierra's complex use of negation to make visible opaque social situations. While remaining anonymous, each veteran brings reality and specificity into the viewer's general perceptions of war and those who carry out its actions. The presence of the veteran references the relationship between power and guilt as well as the distance between the often cryptic political motives that lead to war and the experiences of those directly affected by its consequences.

Over the past twenty years, Santiago Sierra has exhibited widely in Europe and the Americas, and has been the subject of numerous solo presentations in museums and galleries, including London's Tate Modern; Mexico's Museo Rufino Tamayo; Magasin 3 Konsthall in Stockholm; Hannover's Kestnergesellschaft; Belgium's Museum Dhondt-Dhaenens; the Kunsthaus Bregenz in Austria; the Kunsthalle Wein; Birmingham's Ikon; and at Kunst Werke in Berlin. His work has garnered him international acclaim, and in 2003 he represented Spain at the 50th Venice Biennale.