The Museum of Modern Art - MoMA

An Evening with Charles Simonds 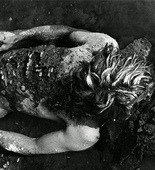 Since the beginning of the 1970s, New York-based artist Charles Simonds (American, b. 1945) has developed a highly unique practice at the intersection of sculpture, performance, street art, activism, and utopian city planning. As a young man, he built miniature dwellings in gutters and crevasses of buildings in Manhattan's Soho and Lower East Side neighborhoods habitats for the Little People, an imaginary population whose history and sociology were documented in films and writing. In addition to footage of these 'Dwellings', Simonds will discuss films that explore his personal mythology and address the body in relation to earth and the built environment.