Fifth edition, with works by 36 international artists represented by 33 galleries and non-profit institutions. Highlights of the 2015 is a focus on Brazil and Finland, and a selection of artists using interactive technologies. 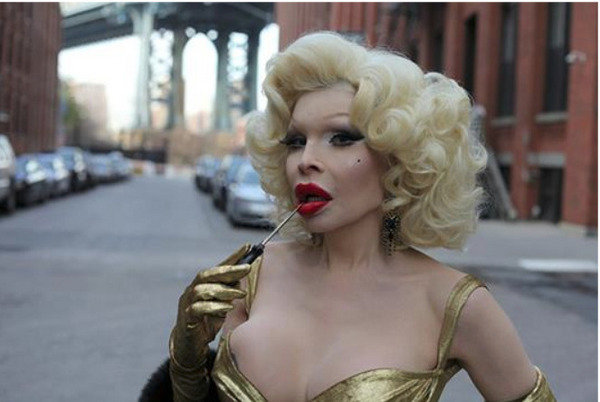 Moving Image art fair returns to the Waterfront Tunnel for our fifth edition in New York, with works by 36 international artists represented by 33 galleries and non-profit institutions. Highlights of the Moving Image New York 2015 line-up include a focus on artists and galleries from Brazil and from Finland, reflecting the selections of Curatorial Advisory Committee members from those countries. Moving Image New York 2015 also features a selection of works by artists using interactive technologies.

We are very pleased to announce our schedule and list of Special Events:

12PM
Announcement of the participating artist selected for the April 2015 Midnight Moment, a monthly presentation of the Times Square Advertising Coalition (TSAC) and Times Square Arts.

'How Do Artists Secure Funding for Film and Video Artwork?'

To be followed by a 30-minute casual networking session after the panel.

Film and video can be among the most expensive media for any artist to work in. Many professionals may be involved in a production, technical equipment is costly to rent or buy, and editing and other post-production expenses can be prohibitive. Many film and video artists must spend a great deal of time and energy simply raising the funds for their work. The panelists will discuss the range of resources available and some of the creative ways artists have found to secure the funding they need to complete their projects.

Sponsored by Depict and the Consulate General of Finland

To be followed by a Q&A with the audience.

Instant Upload considers the ways in which the ability to instantly upload and view moving image online or on constantly upgrading personal devices affect the making, presentation and reception of the works. The panel will address from the view of the artist, curator, critic and collector questions including: What is the Importance and consequences of having works online for an artist today? What technologies are artists using to make moving image currently and how are they embracing or adapting to ever-changing possibilities of the medium? How does making a film or video publicly accessible online affect a work's reception? How important is the quality of the presentation of the work today, for example on Vimeo as opposed to installed in a gallery or projected in a theatre? What are expectations for the future?