Can identity be thought and relived through difference? The question of the different 'outside history' will guide the discussion among the speakers coming from different fields about identity and nationality in Lebanon. 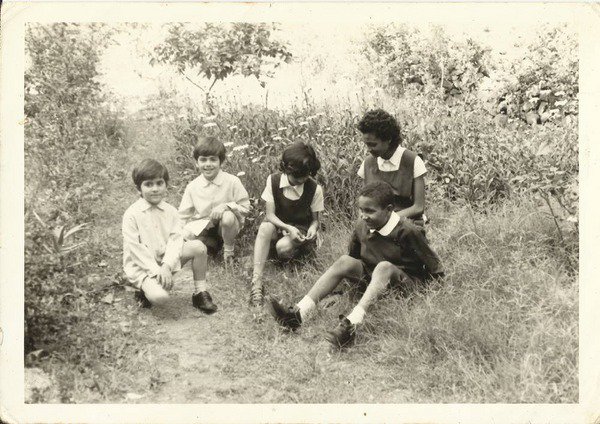 Identity is always a question of representation, invention, framing or de-framing the familiar and the foreign, this inside of a time frame also.

Stuart Hall pressed the fact that what is held as strictly British – the tea drinking ritual – is in fact only made possible through the other, geographically, economically and socially, since the tea plantation has only existed elsewhere in India, Ceylon or China. Hall himself was coming from Jamaica. To him, the British identity could only be constructed, or say, mediated through the possibilities of the others. Hall questioned: “Can identity be thought and relived through difference?” The question of the different "outside history" will guide the discussion among the speakers coming from different fields about identity and nationality in Lebanon.

'People like me who came to England in the 1950s have been there for centuries; symbolically, we have been there for centuries. I was coming home. I am the sugar at the bottom of the English cup of tea. I am the sweet tooth, the sugar plantations that rotted generations of English children's teeth. There are thousands of others beside me that are, you know, the cup of tea itself. Because they don't grow it in Lancashire, you know. Not a single tea plantation exists within the United Kingdom. This is the symbolization of English identity - mean, what does anybody in the world know about an English person except that they can't get through the day without a cup of tea? Where does it come from? Ceylon, Sri Lanka, India. That is the outside history that is inside the history of the English. There is no English history without that other history'.   Stuart Hall, Old and New Identities, Old and New Ethnicities

Anna Fernando is the founder and director of ANNA Fernando Kitchen. She came to Lebanon from Sri Lanka 18 years ago, and has worked as a domestic worker until she founded her company in 2013. She now cooks fusion SriLankan, Indian and Lebanese food. She is a member of Tawlet community. Anna Fernando is interested in the life of different communities in Lebanon and engages in exchanging ideas and discussing issues related to rights and justice.She has participated in several trainings and workshops with Insan, Kafa and Souk el Tayeb on different topics such as women empowerment. She also took English and French classes in addition to participating in "Atayeb Cheghel el Beit" training by Souk el Tayeb.

Nadim Houry is Human Rights Watch's deputy director of its Middle East and North Africa division, and he is director of the Beirut office. Prior to joining Human Rights Watch, Houry served as deputy counsel for the Volcker Commission, where he spent more than a year conducting fact-finding missions in the Middle East as part of the United Nation's corruption inquiry into the Oil-for-Food Programme. An attorney by training, Nadim worked as a corporate lawyer for Shearman & Sterling in New York for two years.

Nisreen Kaj was born in Lagos, and has lived in Beirut since 2001. She has worked in various fields, and has volunteered in different capacities – from coordination, to production, to communications – within a number of Lebanon’s third sector organizations and initiatives. She holds an MA in Racism and Ethnicity Studies from the University of Leeds, and has authored and co-authored pieces on the subject of racism in Lebanon. She is co-curator of Mixed Feelings, a social-visual project that touches on ‘race’, racialization and racism in Lebanon, through Lebanese participants. This project is in cooperation with photographer Marta Bogdanska and the Heinrich Boell Foundation – MEO.

Reina Sarkis is a psychoanalyst and researcher. She lives between Paris and Beirut. Her doctorate research focuses on 'Truth and Reconciliation Commissions'. Sarkis is a professor at University of Saint Joseph, where she gives seminars on Memory and survivors testimony. She is also a Research Associate at IFPO and at Collège de France and a member of the SIHPP (International society of History of psychiatry and psychoanalysis.) In her work, Reina is interested in exploring the repetitive pattern in conflicts and wars and the origins of violence. She also works with trauma and torture "victims"/survivors. Reina is on the editing committee of 'Transeuropeennes', has co-written three books and several articles on her research topic.

Andrea Salvini is specialized in the areas of development economics, labour and migration and has more than 10 years of experience with the ILO in advising governments dealing with transition economies and labour markets. He previously worked for the OECD on the Project Social Aspects of Sustainable Development, for the Joint Research Centre of the EU Commission in Ispra, as well as for the London School of Economics as a researcher. He is currently the Chief Technical Advisor of the ILO Migration and Governance Network at the ILO Beirut, an initiative to improve living and working conditions of migrant workers in Lebanon, Jordan, Yemen and in the GCC. Salvini holds a MSc Economics (UCL) and a honors degree in political economy at University of Modena.