In LISTE's anniversary edition the fair will present 79 leading galleries of a new and middle generation from 30 countries with works by over 180 artists, among which are many new discoveries. LISTE will once again be the meeting place for important collectors, important museum people and artists. 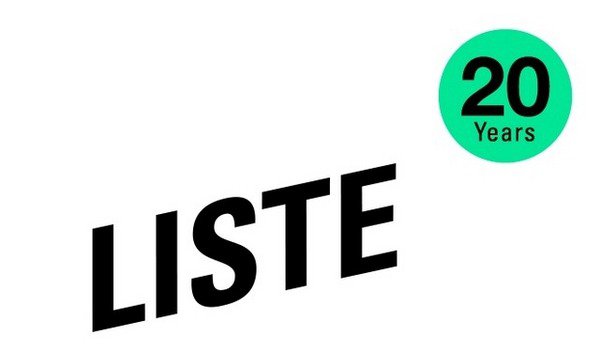 LISTE - Art Fair Basel is proud to look back on 20 remarkably successful years. What began as an initiative of young gallerists has developed into the world’s most important fair dedicated exclusively to new galleries and primarily to young art.
For many years now, every young, ambitious gallery has sought to be a part of this most important art event.

In LISTE’s anniversary edition, from June 16 – 21, the fair will present 79 leading galleries of a new and middle generation from 30 countries with works by over 180 artists, among which are many new discoveries. LISTE will once again be the meeting place for important collectors, important museum people and artists.

A Brief History of LISTE
20 years ago in Basel there began a success story like few others in the art fair world: LISTE – The Young Art Fair in Basel (today: LISTE – Art Fair) was founded in 1996. Within a short span of time, LISTE had established itself as the most important fair exclusively for new galleries and current art worldwide. Since the fair’s inception, LISTE’s focus has been on introducing new galleries with young, emerging artists. The strict selection policy of the expert jury, composed of museum people, combined with the fact that the number of galleries, this year 79, is kept intentionally low give the fair its high quality, vitality and dynamism. These are clearly reasons for LISTE’s great success. LISTE quickly became an important bridge to Art Basel and to other established fairs in the art world. Attending LISTE has become a “must” for collectors and curators who are involved with young art.

LISTE 2015
In its anniversary year, LISTE continues to pursue its consistent policy. It offers the visitor an overview of emerging artists from leading galleries of a new and middle generation with a main focus on contemporary young art. The jury – composed of museum people – selected the most promising galleries from over 300 applicants. 60 galleries participated in LISTE last year, 6 are returning to LISTE after an appearance at Statements or Feature at Art Basel, and 13 were selected from the remaining 240 applicants as the most interesting new galleries. All participants will bring a high caliber selection of contemporary art works to Basel, among which visitors will find many new discoveries.
This year’s galleries come from 31 countries: Argentina, Austria, Belgium, Brazil, China, Colombia, Czech Republic, Denmark, Estonia, France, Germany, Greece, Great Britain, Guatemala, Holland, Ireland, Italy, Japan, Mexico, New Zealand, Norway, Peru, Poland, Puerto Rico, Romania, South Africa, Spain, Sweden, Switzerland, Turkey, United Arab Emirates, and USA

The Galleries and their Art
In its anniversary year, the fair’s 79 galleries will again be showing important positions and extraordinary new discoveries in the media of painting, photography, sculpture, drawing, installation, performance, video, film, and multimedia - digital art. The jury particularly values curated presentations of galleries with selected artists. Thus, most galleries will present one to three artistic positions. In total, LISTE will host 30 solo presentations.

Artists over 40
Over the last several years, young galleries have begun incorporating older artists – often “re-discoveries” – into their gallery programs. LISTE responded to this change and since 2013 artistic positions of an older generation have also found a venue at LISTE. However, the fair’s focus remains on artists under 40, and the vast majority of the artists presented at LISTE fall into this category. Among the works by artists over 40 are: multimedia works by Josef Dabernig, AT (*1956), at Andreas Huber, Vienna. Works from the 70s and 80s by Stano Filko, SI (*1937) at Emanuel Layr, Vienna. An 8-meter-long wall art work by Memphis group co-founder Nathalie du Pasquier, FR (*1957) at Exile, Berlin/New York. Christian Andersen, Copenhagen, will show Tom Humphreys, GB (*1972). At Maisterravalbuena, Madrid, 3-dimensional works by B. Wurtz, US (*1948). At Hollybush Gardens, London, sculptures by Knut Henrik Henriksen, NO (*1970). At The Breeder, Athens, sculptures by Cypriot artist Socratis Socratous (*1971). At Francesca Minini, Milan, a room installation by Flavio Favelli, IT (*1967). Painter Duane Zaloudek, US (*1931) at Monitor, Rome. Aoyama Meguro, Tokyo, will show a room-sized work by the Japanese artist Hiroaki Morita (*1973). At 47 Canal, New York, 3-dimensional works by
Anicka Yi, US (*1971), and Laurel Gitlen, New York, will present a new film work by
Elizabeth McAlpin, GB (*1973).

Performance Project
The widely acclaimed Performance Project will take place for the 11th time. The project is being curated for the first time by Eva Birkenstock (Kunsthaus Bregenz). With the title “Passing Peaks. A Series of Performative Individuations”, focuses on works that inquire different modes of individuation. Beyond experiments with ones own body, they work with overlayerings of various references, materials, and resources, that crisscross these bodies, and with it ones own fluctuating states of individuation. Artists include: zazazozo with Melanie Bonajo (NL) and Joseph Marzolla (FR); Trajal Harrell (US) with Thibault Lac (FR); Jeremy Wade (US); Florentina Holzinger (AT) and Vincent Riebeek (BE) with Nils Amadeus Lange (DE), Annina Machaz (CH), Manuel Scheiwiller (CH); Ieva Misevičiūtė (LT); Villa Design Group (UK/US) and Eglė Budytytė (LT).

Art Prize
The Helvetia Art Prize (formerly Nationale Suisse Art Prize) will be awarded for the 12th time. This coveted prize is awarded to a graduate of a Swiss university majoring in visual art and media art. This year, the prize, which includes a monetary award of 15,000 CHF and a solo appearance at LISTE, goes to Dijan Kahrimanovic, Zurich. His performance was both highly impressive and deeply persuasive for the jury.

Special Guests
Introducing itself to this year´s LISTE visitors will be the "Collection Cahiers d'Artistes" of the Swiss Arts Council Pro Helvetia. With its catalogue, Pro Helvetia supports artists with their first publication. These publications as well as works by the artists will be presented in the print workshop.
The HeK – House of Electronic Arts Basel, annually one of our special guests, will present emerging artists in the area of new media.
The exhibition space Kaskadenkondensator, Basel, has invited the artist and curator Khanyisile Mbongwa as its guest. She will show artistic positions from South Africa. Also making a guest appearance is U10, an exhibition space founded by a Belgrade artist collective. They will be presenting artists from their country.

Main Partner
For 19 years, E. Gutzwiller & Cie, Banquiers, Basel has been LISTE’s main partner. Their generous commitment has allowed LISTE to keep the conditions of participation for our galleries low. We are very pleased to have such a creative, loyal and dedicated partner.