Film program within "Welcome to the Jungle" / Chora. The utopian and dystopian states in which humans and animals meet 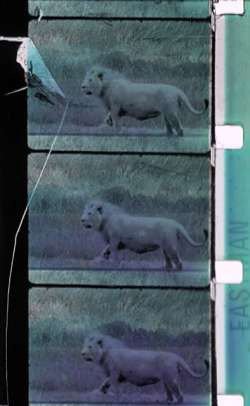 Various forms of interaction between human and nonhuman creatures are explored across this programme of four short films within "Welcome to the Jungle", which evolves in a crescendo, turning the spectator into witnesses of the intensification of all sorts of gestures. Les betes sauvages explores the utopian and dystopian states in which humans and animals meet - from Cecile Fontaine's visually striking yet disturbing use of safari footage, to Eleonore Saintagnan and Gregoire Motte's investigation of the transformation of animal history by human beings; Apichatpong Weerasethakul's nightmarish chase of a fabulous bird, and to Cooper Battersby's and Emily Vey Duke's intense love story between a primatologist and a bonobo.