Eighteen women sturm artists representing Expressionism, Cubism, Futurism, Constructivism, and the New Objectivity are presented in a exhibition featuring around 280 works of art. The exhibition is based on the most important currents in avant-garde art in Berlin in the early years of the 20th century. 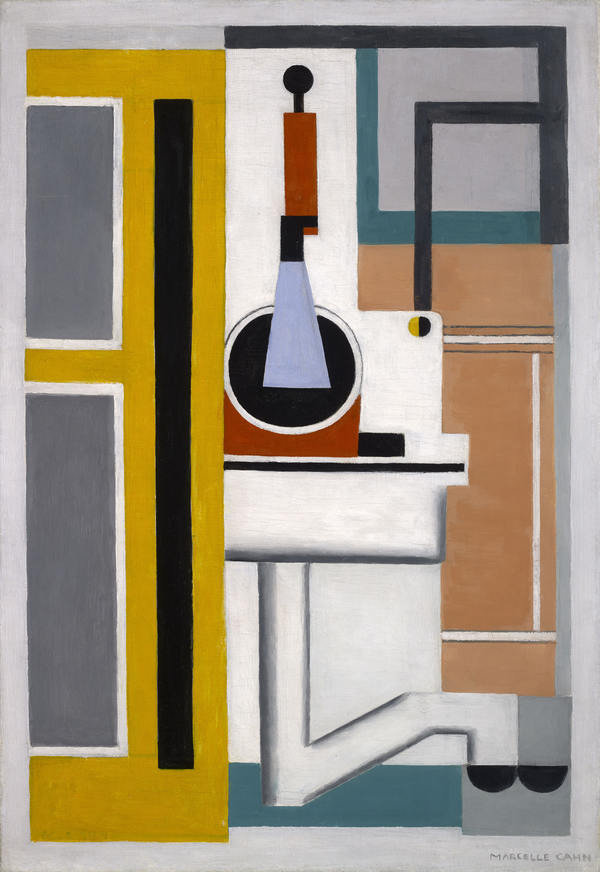 The Schirn Kunsthalle Frankfurt is devoting an extensive topical exhibition to the women of the STURM (English: STORM) beginning on October 30, 2015.
For the first time ever, eighteen women STURM artists representing Expressionism, Cubism, Futurism, Constructivism, and the New Objectivity will be presented in a comprehensive exhibition featuring around 280 works of art. The exhibition is a somewhat different survey of the most important currents in avant-garde art in Berlin in the early years of the twentieth century. The best-known artists are Sonia Delaunay, Alexandra Exter, Natalja Goncharova, Else Lasker-Schüler, Gabriele Münter, and Marianne von Werefkin. They are joined by a number of largely unknown or less familiar artists, among them Marthe Donas, Jacoba van Heemskerck, Hilla von Rebay, Lavinia Schulz, and Maria Uhden. The STURM heralded the advent of modern art. Originally the name of a magazine founded in 1910 devoted to promoting expressionist art, the term STURM soon assumed the character of a trademark. Herwarth Walden, the publisher of the journal, also founded the STURM gallery in Berlin in 1912. Numerous women artists, including many from other countries, were presented in Germany for the first time at his gallery. As a movement, the STURM represented a program—one that opposed conceptual barriers, the establishment in general, and the bourgeois character of Wilhelminian society and advocated the total freedom of all arts and styles. Composed of friends with similar interests, the STURM network served as a forum for intensive and animated discourse on the ideas, theories, and concepts of the avant-garde. The additional STURM evenings, the newly founded STURM academy, the STURM theater and bookshop as well as occasional balls and a cabaret offered the artists of the STURM a variety of platforms and made the diverse artistic currents and tendencies in Berlin during the years from 1910 to 1930 accessible to a broad public.

"Through their ideas and visions, the STORM Women played an instrumental role in the development of modern art. Some of them are still quite familiar to us today, while others have been unjustly forgotten. However, they all played a part in ensuring that new currents in art, such as Cubism, Expressionism, and Constructivism, would gain the recognition they deserved. With this exhibition featuring impressive major works by the eighteen women of the Sturm, the Schirn focuses attention on the crucial role played by these artists, while offering insights into the history of their reception," states Max Hollein, Director of Schirn Kunsthalle Frankfurt.

In the words of exhibition curator Dr. Ingrid Pfeiffer: "Walden was unique among the art dealers of his era. He promoted male and female artists with equal vigor and paid no attention to the typical prejudices of the period. Roughly one-fifth of the STURM artists were women. That distinguished him from many of his fellow gallery owners, such as Paul Cassirer, Alfred Flechtheim, and Wolfgang Gurlitt in Berlin and Heinrich Thannhauser in Munich."

Each of the eighteen women artists of the STURM will be presented along with her most important works in a separate room at the exhibition. They are artists from Germany, the Netherlands, Belgium, France, Sweden, Ukraine, and Russia whose works were exhibited at the STURM gallery or published in DER STURM magazine. For many women artists, the STURM represented their first big chance, for in the early years of the twentieth century they were neither fully recognized by society nor did they have access to academic training comparable to that of their male colleagues. The life stories, personal circumstances, and critical reception of the eighteen women artists of the STURM are all very different, and their styles vary considerably as well. Yet viewed as a group, they represent an impressive panorama of modern art.