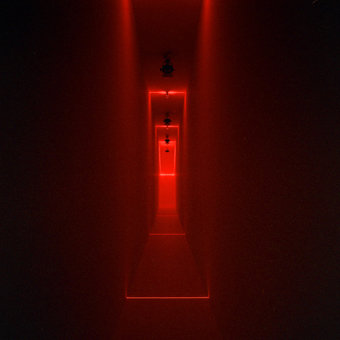 The dream of Ryoji Ikeda
For DREAM AMSTERDAM 2008, Ikeda will use pure light as the material for his interventions in various secret locations across Amsterdam. Intensely bright light installations will appear mysteriously, connecting a constellation of points across the cityscape. The energy used for the light installations is generated from sustainable, recycled resources. The site-specific art projects can be viewed from June 6 until June 21, 2008 in the evening hours. A detailed map with the locations and a route can be found from June 6 on the web site.

OPENING EVENT Friday June 6
The DREAM AMSTERDAM 2008 - OPENING EVENT is on Friday, June 6 in Paradiso from 20:30 pm with a special live concert and performance by Ryoji Ikeda and an amazing line up of other international guest artists and dj’s. Tickets for the whole programme are on sale through Paradiso and Ticketservice from March 15.

SILENT NIGHT Saturday June 7
On June 7, the SILENT NIGHT event presents a unique opportunity to experience the city as never before: Amsterdam switches off her lights. The darkness maximizes the contrast with the bright light of Ikeda’s installations spread over the city. Ryoji Ikeda and Dream Amsterdam Foundation invite residents of Amsterdam and visitors to actively participate in the SILENT NIGHT event and help contribute to the realization of Ikeda’s Dream, promising to deliver an extraordinary transformation of the city of Amsterdam for one night only.

For participation in the SILENT NIGHT event, please sign up at: http://www.dreamamsterdam.nl

OPEN-AIR EVENT Saturday June 21
On midsummer’s night, June 21, Dream Amsterdam Foundation organizes a free open-air event at the site of one of the installations. Here, the audience can be part of a powerful new audio work by Ikeda, which will involve the participation of individual listeners.