Not Quite How I Remember It

Highlighting forms of re-enactment and reconstruction, the group show investigates how artists engage with events, narratives and cultural artifacts from the recent past. Through montage, sampling and remixing, artists in the exhibition highlight how the past haunts the present. With works by Gerard Byrne, Nancy Davenport, Mary Kelly, Walid Raad and many others. 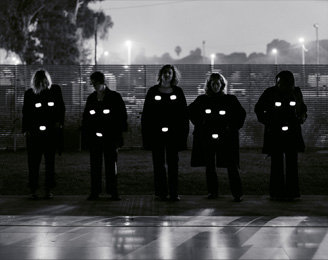 Highlighting forms of re-enactment and reconstruction, ‘Not Quite How I Remember It’ investigates how artists engage with events, narratives and cultural artifacts from the recent past. Through montage, sampling and remixing, artists in the exhibition highlight how the past haunts the present. Neither wistful about bygone days nor deluded about their ability to reconstruct earlier times faithfully, they mobilize history to understand contemporary reality. Previous exhibitions exploring artistic re-enactments have tended to highlight either historical events or artworks. ‘Not Quite How I Remember It’ makes no such distinction, instead taking both phenomena as central to artists’ roles as makers and recounters of history.

While building on artistic strategies of appropriation, the artworks included differ from the cool, laconic pillaging of the late 1970s ‘Pictures’ generation. In a world where copying, sampling, cutting, and pasting are just a click away, artists such as Felix Gmelin and Dario Robleto take paradoxically embodied and labour-intensive approaches to repetition. Discussing his use of confectionary from a Felix Gonzalez-Torres installation as the basis for a work of his own that he is remaking for the show, Robleto wonders, “Can a creative gesture begun by one artist be passed like a baton through the years to be continued or completed by another artist in another time so that it never has to end but fulfils Gonzalez-Torres’ ambition to become ‘endless copies’?”

Like Robleto, Diane Borsato and Michael Maranda explore an expanded concept of authorship that values collectivity and gift economies above private ownership. Drawing on Fluxus ideas about art as instruction, they treat iconic works of art and literature as scripts or scores to improvise upon. Lee Walton builds on this idea in his performances for the exhibition that only The Power Plant’s animateurs will see. Visitors curious about these events must ask the animateurs to describe them, their descriptions mutating during the show. Strategic citation also informs the work of artists Nancy Davenport and Nestor Krüger. By highlighting their precursors rather than fighting or denying them, they acknowledge their susceptibility to influence. This appreciation of artistic reciprocity and aesthetic weakness stands apart from the classic modern tactic of staking one’s claim by defeating one’s forerunners–in the manner of Harold Bloom’s "strong poets, major figures with the persistence to wrestle with their strong precursors, even to the death.” Such active and recuperative uses of cultural history recall Roland Barthes’ argument, in The Death of the Author, that "a text's unity lies not in its origin but its destination.”

Perhaps looking for the period rush sought by Civil War re-enactors, artists in the exhibition revisit public events, often shifting attention from heroes and conquerors to vanquished figures and peripheral narratives. In this context, restaging can buoy up individuals and groups who rarely see themselves in mainstream histories. While remaining skeptical about easy forms of ‘taking to the streets’, these projects hold out the promise that revisiting the past might transform us from witnesses of history into creative participants. Conscious that history is as unstable as the archives that we use to record it, the question of how to bequeath utopian and progressive political and cultural legacies to subsequent generations animates the work of artists Mary Kelly, Sharon Hayes and Michael Stevenson.

Distinguishing between history as the study of occurrences and poetry as the imagining of possibilities, Aristotle assigned poetry the higher place. By emphasizing the unrealized potential of the past, or what Sharon Hayes has called “pending or hypothetical events,” ‘Not Quite How I Remember It’ collapses the two. Consequently, temporal dislocation plays out variously across works by artists Gerard Byrne, Olivia Plender and Walid Raad. While steering clear of the Civil War re-enactor’s passion for period detail and authenticity, they foreground the slippage between fiction and documentary that underlies all historical accounts. They treat the past as a work-in-progress and prompt us to wonder: What time is it? or, When are we?

Several artists share a concern over how to depict trauma in our media-saturated era and present images of violence and protest with a sense of distance that contrasts with the original urgency of these events. The pictures of race riots in Kelley Walker’s ‘Black Star’ series were introduced to the world’s press by Martin Luther King. By reusing them Walker reminds us that if an event is not recorded and replayed, it might as well have never happened. Like other artists in the show, Walker’s use of repetition recalls Brechtian alienation effects that aimed “to make the spectator adopt an attitude of inquiry and criticism.”

Many works require time and patience to unravel. Sometimes we are not immediately sure what we are seeing or hearing. Caught in a dynamic tension between accessibility and reticence, the process of deciphering works asks us to dig deeply into our personal and collective image and data banks. The sense of layered time in the show reverberates with Walter Benjamin’s idea that outdated aesthetic objects make time appear. Interpreting these art projects sharpens our awareness of historical place and perhaps prompts questions about how future generations will represent us.

A catalogue with essays by art historian Johanna Burton and curator Helena Reckitt accompanies the exhibition.

Forum: 7 June
Let’s Do It Again: Contemporary Art and Remaking With artists and critics including Amelia Jones, Dario Robleto, and Jan Verwoert.