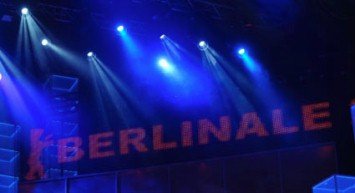 Berlin - a cosmopolitan, exciting capital, a city of culture with international appeal. In the middle of it all: the Berlinale – not only the city’s largest cultural event, but also one of the most important dates on the international film industry’s calendar. More than 19,000 film professionals from 120 countries, including 4,000 journalists, are accredited for the Berlin International Film Festival every year. The Berlinale is truly a mega event. At the same time, it is a festival of encounters and discussions. With more than 200,000 tickets sold, the Berlinale is not only a film industry meeting. It also enjoys by far the largest audience of any film festival in the world. For two weeks, art, glamour, parties and business meet at the Berlinale.

A Wide World of Film
Up to 400 films are shown every year as part of the Berlinale's public programme, the vast majority of which are world or European premieres. Films of every genre, length and format can be submitted for consideration. The Berlinale is divided into different sections, each with its own unique profile: big international movies in the Competition, independent and art-house productions in Panorama, movies specially for a young audience in the Generation section, the most exciting German cinema productions in Perspektive Deutsches Kino, an in-depth look at films from “distant” countries and experimental forms in the Forum, as well as an investigation of diverse cinematic possibilities in the Berlinale Shorts. The programme is rounded off by a thematic Retrospective and a Homage, which focuses on the lifework of a great cinema personality. Both of these sections, which are curated by the Berlin Film Museum, aim to place contemporary cinema within a historical context.

The European Film Market (EFM), the film trade fair integrated into the Berlinale has developed into one of the most important events for the international film business. The Berlinale and EFM, the festival and the market, together form a unique network of formal and informal connections. Since 2006, the main venue of the EFM has been the Martin-Gropius-Bau, a prestigious location with charm and character in the immediate vicinity of the festival centre at Potsdamer Platz.

Showing, enabling, initiating...
The Berlin International Film Festival sees itself as a showcase for what is happening in cinema, but also as an actor and propagator on the international film circuit. Whether through film series, workshops, panels and thematic collaborations with other cultural players - the Berlinale offers countless forms of co-operation and creative interaction.

One of the many fruits of the festival’s cooperative orientation is the Berlinale Talent Campus, which takes place during the festival and is made possible by a broad network of creative partners. The Campus invites about 350 young film talents from around the world to meet with experienced film professionals and personalities for a week of workshops and discussions. This “talent forge” is primarily about the transfer of know-how, teamwork and the exchange of ideas. The Campus is an investment in the future of the festival, but even more so in the future of cinema.

In terms of thematic focal points and forms of presentation, the Berlinale situates itself at the meeting point of the available and the possible. This fundamental openness for new ideas and solutions, for unconventional formats and surprising lateral connections also finds expression in ongoing initiatives that are permanently embedded in the festival. Such as the Berlinale Co-Production Market, which, associated to the European Film Market, provides fruitful territory for international co-productions; or the World Cinema Fund (WCF), a joint initiative with the German Federal Cultural Foundation. The idea and aim of this support mechanism is the realisation of film projects in structurally disadvantaged countries and strengthening their position in the international film industry. The Fund’s activities continue throughout the year and therefore stretch far beyond the festival itself.

The Berlin Spirit
Artists from around the world are attracted to Berlin and many consider Berlin the unofficial capital of German film. It is home to a rich cinema scene and a diverse, discerning public. Last but not least, Berlin has captured the imagination of countless filmmakers. Over and over again, the city has served as the backdrop for great silver screen productions, often becoming itself the secret protagonist of the movie. Think “film” and “Berlin” is bound to spring to mind. For two weeks every year Berlin is totally enraptured by the Berlinale.

The Berlinale's film programme is divided into seven sections: Competition, Panorama, Forum, Generation, Perspektive Deutsches Kino, Berlinale Shorts and Retrospective. Each section is headed by a section director, who is responsible for selecting the films and is advised by the Berlinale's correspondents and other experts.

Focus and Diversity
Major international films are shown in the Competition. These are films made for the big screen and have what it takes to attract a broad audiences. In the Panorama the emphasis is on independent and art-house cinema, films which are made in a personal style and attract a demanding, passionate audience. Generation presents lively cinema aimed at young audiences. The section's two competitions, Generation Kplus and Generation 14plus, allow for fine-tuning in the programme according to the age range within the audience. The Perspektive Deutsches Kino looks at thematic and stylistic trends in German cinema and introduces international audiences to the latest developments in the German film industry. The Forum is considered to be the Berlinale's most experimental section. It offers a sharper focus on experimental formats and "distant" film-producing countries. The Forum is a chance to discover highly original, often provocative and disturbing cinema.

For those looking for hidden treasures, the Retrospective should be just the thing. It is run and curated by the Filmmuseum Berlin - German Cinematheque. Thanks to this section, classics are (re-)discovered and films thought to be lost forever enjoy a renaissance. The Retrospective programme puts the festival's contemporary films into an historical context. The Homage also helps achieve this aim – it is usually devoted to a great film actor and presents his or her life's work.

There is a great mix of genres in the sections and the special screenings. Documentaries have now moved into areas which were once dominated by feature films. The majority of the films in the Competition are still fictional. However, the documentary film is becoming increasingly important in the Panorama and Forum section. The growing desire of filmmakers to play with genres and push the boundaries of the medium means that the Berlinale is in a constant state of creative transformation.