New cinema and contemporary art. With the presence of 100 artists and filmmakers from all-over the world, this rare event will propose an international programme of film, video, installation and concerts. 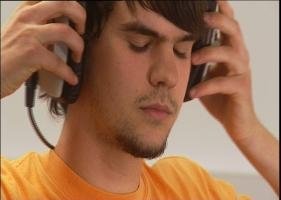 From June 30 to July 5, the 19th "Rencontres Internationales Paris/Berlin/Madrid" will create a space of discovery and reflection between new cinema and contemporary art in Berlin at the Haus der Kulturen der Welt.

A selection of screenings:
• AFTER THE END: a contemporary archaeology of places which seem made only to provide shelter for a wait without end, places which only seem to have ties with events in the past.
• REVISED CINEMA: Film footage: the cinematic quotation as a building block for narrative reconstruction, both a meditation on cinema and a research ground for visual arts.
• DOCUMENTARY APPROACHES: The works in this event offer different approaches - simultaneously cinematographic, documentary and art field related - to the question of time and disappearance.
• AN ASIDE: A special connection with time, a movement through static scenes, borrowing and appropriating the codes of photographic devices.

>>> DEBATES, PANEL DISCUSSIONS, FORUM
The Rencontres Internationales invites filmmakers, curators, artistic directors and programmers from European and extra-European national museums, contemporary art centres and biennales in the fields of contemporary cinema, video and new media. The proposed debates aim to develop a reflection on the concerns and tracks explored in each country in order to debrief this creation and accompany it, as much from a critical point of view, as from the point of view of the public and the artists.

The 'Rencontres Internationales' offers more than just a simple presentation of the works. It introduces an intercultural forum gathering various guests from all over the world - artists and filmmakers, institutions and emerging organizations - to testify to their reflections and their experiences, but also to artistic and cultural contexts that are often undergoing deep changes.

Paris/Berlin/Madrid
In 2007, the Rencontres Internationales, which initially took place in Paris and Berlin, opened up to a third city: Madrid. This event now constitutes a unique artistic and cultural platform in Europe for artists, professional networks and various audiences. The venues in the three cities are in particular the Centre Pompidou and the Jeu de Paume national museum in Paris, the Haus der Kulturen der Welt in Berlin, the Reina Sofia National museum and the Spanish Cinematheque in Madrid.

The 'Rencontres Internationales' reflects specificities and convergences of artistic practices between new cinema and contemporary art, explores emerging media art practices and their critical purposes, and makes possible a necessary time when points of view meet and are exchanged.

It seeks to contribute to a reflection on our contemporary culture of image via a compelling program opened to everyone.