A new festival that welcomes audiences to experience the best in new cinema and media art in a celebration that spills from screens and galleries into the streets and imaginations of the North West. It exists to create a space where artists and filmmakers can offer striking new perspectives, and visitors can enjoy, discuss and interact with ideas, in a festival that questions the normal and champions a different approach. 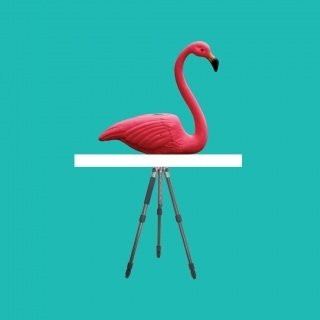 Abandon Normal Devices (AND) is a major new festival, taking place across Northwest England. A catalyst for production and experimentation at the intersection of Digital Culture and New Cinema, AND invites us to consider what are 'normal' devices? And why and how should we abandon them?

AND will spill from screens and galleries into the streets with screenings, installations, online projects, public realm interventions, debates, workshops and live events. The festival has an emphasis on critique and ideas and at its heart lies a fascination with ideas about social, physical and technological norms, with artistic approaches from the playful to the downright provocative.

AND is presented by FACT (Foundation for Art and Creative Technology) (Liverpool), Cornerhouse (Manchester) and folly (Lancaster). The debut festival will launch in Liverpool, with future editions planned in Manchester, Lancashire and Cumbria. AND offers an energetic programme across Liverpool's cultural spaces, including A Foundation, BBC Big Screens, the Bluecoat, FACT and Tate Liverpool.

Apichatpong Weerasethakul Primitive
The Godfather of independent Thai cinema returns to FACT for his first solo UK exhibition. Primitive is a multi-screen video installation harmonising Weerasethakul's talent as a filmmaker and video artist.

Carolee Schneemann
AND is proud to present an exhibition and personal appearance by the renowned American artist Carolee Schneemann, who will take over Tate Liverpool's Wolfson Gallery for the duration of the festival. Revered for her pioneering and provocative work in performance and film, Schneemann deploys her own body as both subject matter and a source of knowledge.

Keep It Slick - Infiltrating Capitalism with The Yes Men
In a European exclusive, AND will present the very first UK solo exhibition of one of the most important political artists of the last decade. The show will also involve opportunities for interaction with the Yes Men themselves.

Krzysztof Wodiczko War Veteran Vehicle
War Veteran Vehicle is a new large-scale video projection for a public space in Liverpool. Renowned for his socially engaged, politically charged work, Wodiczko is interested in the situation of soldiers who fought during recent armed conflicts and are returning to civilian life, and for the this project will work with men and women from the Northwest who have experienced active duty in the armed forces. He represented Poland in this year's Venice Biennale.

KMA Strange Attractors - The Anatomy of Dr Tulp
Strange Attractors - The Anatomy of Dr Tulp is a study of embodied discourse; how we use our bodies to move and to communicate in a material world, and how our bodies mediate between the internal and external worlds, at a microscopic and global level. Using light projected onto the ground, it examines the relationship between the motion of real, inanimate, and virtual bodies.

DJ Spooky presents Rebirth of a Nation
AND joins forces with Culture Liverpool and Walk the Plank to present the finale of On the Waterfront - a season of summer events, located at Liverpool's Pier Head and Albert Docks. Transforming the new Liverpool Museum into a gigantic cinema screen, AND will present a night of remixed and remastered moving image, including a unique version of Rebirth of a Nation, DJ Spooky's audiovisual remix of DW Griffith's infamous Birth of a Nation.