For this exhibition, Inoue will create an installation that methodically fills the gallery with hand-cast porcelain replicas of new or discarded domestic objects that she has mined from urban street fairs and souvenir shops. At the same time, Inoue pays homage to the meditative, temple-like serenity of the space in which the installation is housed. 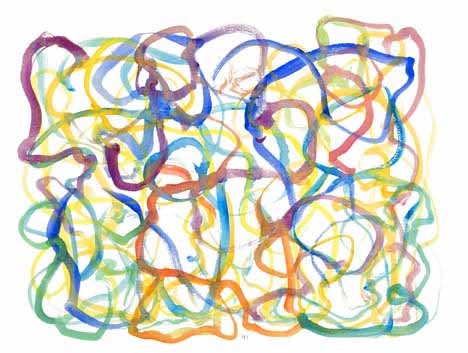 The exhibition of new work by Japanese artist Yoko Inoue. Inoue continues her exploration of the historical relationships between people and everyday domestic objects, which she finds most prevalent in the transient cross-cultural mergings of the urban street market. For this exhibition, Inoue will create an installation that methodically fills the gallery with hand-cast porcelain replicas of new or discarded domestic objects that she has mined from urban street fairs and souvenir shops. At the same time, Inoue pays homage to the meditative, temple-like serenity of the space in which the installation is housed.

Sometimes the objects Inoue replicates -- such as a small, plastic, cartoonish cat found on Canal Street -- are recognizable icons. Inoue is familiar with the cat as a good fortune totem placed near the cash registers of small businesses in Japan; it is also the cat of Buddhist folktales that saved a monkÂ¹s life and inspired the replicas that are sold at temple fairs in pilgrimage towns. Other times, as with Christmas Rat and strange animal figures intended as lawn decorations, the cross-cultural associations and manifestations are more suggestive, but no less curious.

By stripping these objects of their found location and material, Inoue interrupts their easy commodification and calls attention to the spirit of the person or group that may have originated them. In the process of examining a human absence, she implies that our treatment of an object can change its very nature. Even if the original purpose was that of a token, a gift, or an icon, commercial and cultural displacement for another use creates new forms of worship and leaves a new series of inter-connected relationships and dialectics in their wake. Inoue questions what remains within an object that makes it possible for us to recognize ourselves in it , and reclaim it as part of our own identity or in a broader sense, our culture.

In 2000, Yoko Inoue graduated with an MFA from Hunter College, New York, an d completed a residency at the Skowhegan School for Painting and Sculpture, Maine. Her sculptures and installations have been included in exhibitions at Flip Side Gallery, Brooklyn; The Bronx Museum of the Arts, Bronx; SculptureCenter, Long Island City, New York; and Art In General, New York, among other venues. She is currently completing a residency project of a new work entitled Contemporary Permanence with artist Troy Richards at Socrates Sculpture Park, Long Island City, New York from June 30 through October 2, 2002.

Charles Clough, who in 1974 co-founded Hallwalls in Buffalo, New York, recently left his urban, interior workspace in favor of a garden studio in Rhode Island. He simultaneously departed from his signature painting tool, "the big finger," in favor of the brush and its inherent qualities and traditions. The results are colorful, imaginative musings on art and the natural landscape.

Image: a work by Charles Clough