"The Ambivalence of the Concrete" presents examples from Gerhard Ruhm's early works which came into being in the context of the 'Wiener Gruppe' and contrasts them with those from later periods. "Pictures on Pictures. Discursive Painting from Albers to Zobernig": with around 130 works - paintings, drawings, installations and video art - the exhibition represents the main focus of the Daimler Art Collection in the area of abstract avantgarde and reductive/conceptual tendencies from the Bauhaus on up to current international, contemporary art. 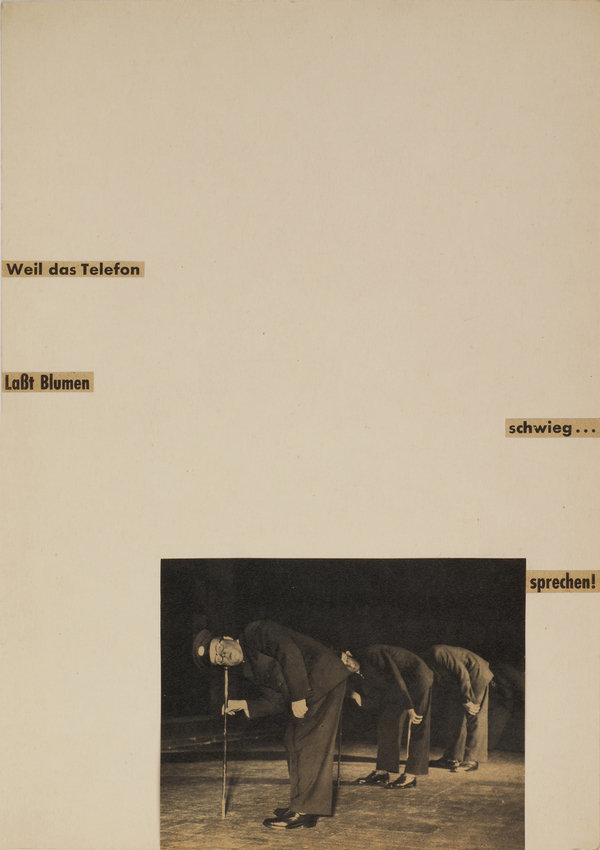 Pictures on Pictures
Discursive Painting from Albers to Zobernig

From the Daimler Art Collection

"Pictures about Pictures. Discursive Painting" is the title of the exhibition of the Daimler Art Collection in the MUMOK. Around 130 works will be presented ranging from classical modernity and post- war avantgarde through European Zero and minimalism to international contemporary art. In addition to paintings and drawings the presentation in the MUMOK also includes installations and video art. Together, the selection of works represents the main focus of the Daimler Art Collection in the area of abstract avantgarde and reduced/conceptual tendencies from the Bauhaus on up to current international, contemporary art.

The presentation in the MUMOK is organized in thematic fields that stage discursive references to historical and current positions: Bauhaus and De Stijl; Hard Edge and New Color School USA; constructive and concrete tendencies; European Zero avantgarde; minimalism and aspects of design; Neo Geo and international contemporary art. Thus the show brings together approximately 75 artists from some twenty countries. The works span a period of a hundred years, from 1908 (Adolf Hölzel) to 2010 (Andreas Schmid).

As the title of the exhibition–"Pictures about Pictures. Discursive Painting"–suggests, the accent is not on a museum-like categorizing of styles and isms. The presentation is, rather, an attempt to make visible the dialogic references of the works to each other and the discursive interrelationships of individual notions of form and content. Here, art history should no longer be seen from a perspective of 'invention' and 'progression' but should be imagined as an argumentative union of pictures in temporary contexts and transitional forms.

The Daimler Art Collection
The Daimler Art Collection was started in 1977 and currently includes about 1800 works by German and international artists. The collection focuses on abstract and geometrical pictorial concepts, from which it derives its distinctive character. The starting-point is fundamental tendencies in 20th century Modernism in south-west Germany, and this basic direction has been expanded in the 1990s by adding exemplary works by European and American artists. One future policy will be to acquire a representative selection of photography and media art. A changing selection from the collection is accessible to Daimler employees and the public at the company's various locations. As well as this, the Daimler Art Collection started as early as the 1980s to acquire a high- calibre ensemble of sculpture by contemporary artists, and this is a striking feature of the company's Stuttgart, Sindelfingen, Ulm and Berlin premises.

Gerhard Ruhm
The Ambivalence of the Concrete

Gerhard Rühm (b. 1930 in Vienna) has throughout his career developed his work in numerous different media, venturing out into many different fields and dimensions. Beginning with music — he was educated to be a pianist — passing through poetry to visual arts and performative works, his oeuvre has grown to encompass an exceptionally broad spectrum.

To celebrate the 80th birthday of this multifaceted artist, the MUMOK presents a selection of his works spanning his entire career up to his most recent works. Pieces from the 1950s and the 1960s will be shown along side with the Scherenschnitte [paper-cuttings] from the 1980s and the Reizwortzeichnungen [literally: 'stimulus' or 'inflammatory word drawings'] that he has been working on since the beginning of 2010. More than half of the works are from the permanent collection of the MUMOK, which has grown with the purchase of a set of works in 2007 along with a generous donation made by the artist.

In the context of the Wiener Gruppe
During the 1950s and early 1960s, Rühm belonged to the Wiener Gruppe, an informal group of friends who were writers that included H.C. Artmann, Friedrich Achleitner, Konrad Bayer and Oswald Wiener. They all shared a common fundamentally experimental approach that rejected classical descriptive literature and understood language as a kind of material with which one operated, exploring its potential as such. This approach led them through language and literature into a broad range of different media, combining and linking them together, leading to such performative works as the legendary "literary Cabarets". They thought that language was not an adequate instrument to describe reality or even to make valid statements about it. Language is rather a medium that is used to produce realities, and in this regard, it can and is often used as a repressive instrument of power. With this in consideration, the language material was used outside of its traditional function of making a proposition or statement. Released from their lexical, syntactic and semantic contexts, sounds, letters, words and text passages become materials that the artist operates with for the sake of their visual and acoustic qualities.

Between the Constructive and the Spontaneous
Gerhard Rühm's use of language — and in the same vein his visual works — are shaped by strict constructive-conceptual methods and by an openness to the potential of spontaneous expression. In his sound poetry, number poems, typewriter ideograms, type collages and constellations, letters, punctuation marks, numbers, words and text passages are arranged according to mathematic-constructive principles such as logical-serial or permutated composition methods — but also according to subjective-formal criteria. Other visual elements such as lines, colors and found material from newspapers and magazines enter into the color poems and text pictures, with his photo-montages devoted exclusively to the latter. His text- drawings fuse the handwritten calligraphical figure with gestural drawing. And in addition to this, Rühm also works with language elements in three dimensional, sculptural form.

Other visual elements such as lines, colors and found material from newspapers and magazines enter into the color poems and text pictures, with his photo-montages devoted exclusively to the latter. His text- drawings fuse the handwritten calligraphical figure with gestural drawing. And in addition to this, Rühm also works with language elements in three dimensional, sculptural form.

Scherenschnitte
Rühm's made his Scherenschnitte during the 1980s. This technique that originally came from China, and became popular in Europe during the late 18th and early 19th centuries, was interesting for Rühm in part because of the 'visual puzzle' effects of inversion that it made possible. While the Scherenschnitte were used in the 19th century to make precise representations of people, animals and plants — they were understood as coming closest to the actual shape because they were taken directly from nature -, Rühm however would not limit the shapes to figurative representation, but rather also make abstract, both geometrical and subjective, free forms. And with this undefined way of reading the work, the spectrum of possible interpretations is further expanded.

Special thanks go out to the partners of the MUMOK: Dorotheum, UNIQA, Wittmann and the media partners: Der Standard, Profil and Club Ö1.