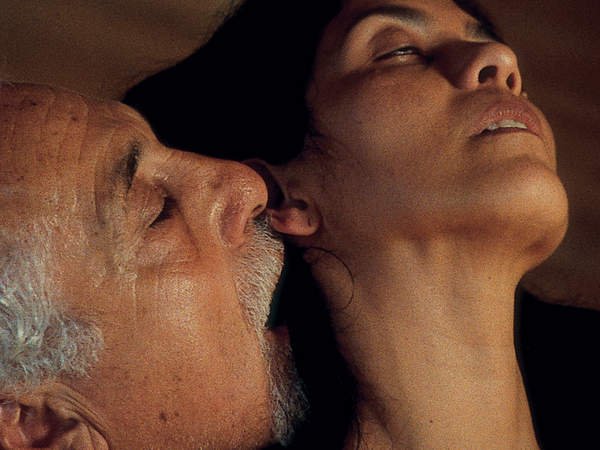 The Hammer Museum presents The Red Book of C. G. Jung: Creation of a New Cosmology, an exhibition of preeminent psychologist Carl Gustav Jung’s (1875- 1961) famous Red Book, thought to be the most influential unpublished work in the history of psychology by many contemporary scholars. Jung also considered the Red Book to be his most important work, or as he described it, the "prima materia for a lifetime’s work." Until now, however, the book has spent most of its existence in a Swiss safe deposit box, and very few people have actually seen it. This exhibition, organized by the Rubin Museum in New York, includes works of art and archival materials on loan from the Foundation of the Works of C. G. Jung, the C.G. Jung Institute in Zurich, the C.G. Jung Foundation for Analytical Psychology, the Jung family private archive, and other private collections. The show is the first public presentation of the remarkable book and it coincides with the publication of a facsimile edition of the Red Book by W.W. Norton & Company. The Hammer is the only West Coast venue for the exhibition and the presentation includes an important series of public programs to further explore the work of C.G. Jung and his legacy.

Carl Jung began work on the Red Book in 1914 at the age of thirty-eight. He had established a successful private psychological practice in Zurich, but subsequently fell into a period of personal and spiritual turmoil. It was during this period that Jung formulated what would become his most important and famous theories about archetypes, the collective unconscious, and the process of individuation. The Red Book is a collection of Jung’s personal writings and drawings, chronicling the often horrific and troubling explorations of his own unconscious. For the better part of sixteen years Jung consistently documented his dreams and recorded his fantasies in a beautiful volume that resembles a medieval manuscript. It is a strange hybrid of thought and image, taking the form of an 11-1/2 x 14-1/4 inch red leather-bound book. On more than two-thirds of the pages, Jung paired his abstract and brightly hued graphic forms with thoughts written in a beautiful calligraphic style. Out of this work and these experiences Jung would transform psychotherapy from a practice concerned with the treatment of the sick into a means for the higher development of the personality.

Alongside the ninety-five-year old volume, which Jung worked on from 1914-1930, the Hammer Museum presents a number of oil, chalk, and tempera paintings and preparatory sketches related to the Red Book, and other original manuscripts, including the Black Books, which contain ideas and fantasies leading up to the Red Book. Visitors to the exhibition are invited to see the ways in which Jung sought to translate the symbols he encountered in dreams and fantasies into contemporary graphic form, often using the circular diagrams of the mandala, which resemble structures represented in Tibetan Buddhist art. On display will be Jung’s first known mandala-like work: Systema mundi totius (1916), a cosmic representation of his reflections on spirituality and the soul, drawn from a series of recorded personal fantasies. Jung considered this work— along with about twenty-five mandala sketches that he created while serving as a Medical Corps Doctor and Commander of a British internment camp in Switzerland during the last two years of World War I—to be important documentations of his psychological and spiritual development.

The Red Book of C.G. Jung: Creation of a New Cosmology was organized by the Rubin Museum of Art, New York, in collaboration with the Foundation of the Works of C.G. Jung, Zurich, and was curated by Dr. Martin Brauen, Chief Curator of the Rubin Museum of Art, and Professor Sonu Shamdasani, Acting Director at the Wellcome Trust Centre for the History of Medicine at University College, London.

The Book
The Red Book (October 2009), published by W.W. Norton & Company, is a scholarly and historical edition made accessible to the general reader by an introduction that sketches the social and intellectual context of the work, its history, and the circumstances in which it was created. The volume is edited by Professor Sonu Shamdasani, General Editor of the Philemon Foundation and Philemon Reader in Jung History at the Wellcome Trust Centre for the History of Medicine at University College, London. The Red Book is one of the volumes of the Philemon Series, sponsored by the Philemon Foundation.

The exhibition will also be accompanied by a full range of free public programs at the Hammer Museum.

London-based American artist Daria Martin's elusive and enigmatic films combine intense ritualistic performativity with rigorous yet detached photographic approach. Her 16mm film, Minotaur Pays tribute to the work of dance pioneer Anna Halprin, whose life and work has had a profound influence on Martin. This film is centered on a Halprin dance based on the sculpture Minotaur by Auguste Rodin from 1886 (also known as Faun and Nymph), a work possessing intensely erotic content (it depicts the part-man/part-bull figure from Greek mythology with a naked young female in its grasp.) Martin's Minotaur extends her interweaving of highly conceptualized and choreographed physical movement; complexly layered stagecraft provoking unconventional formal relationships; direct allusions to modernist art history; and editing and cinematographic techniques evoking a broad range of the histories of both mainstream and experimental filmmaking.

This project is curated by Museum of Contemporary Art, Chicago Curator Dominic Molon.

The Hammer is located at 10899 Wilshire Boulevard, at Westwood Boulevard Los Angeles
Hours:
Tuesday, Wednesday, Friday, Saturday, 11am – 7pm; Thursday, 11am – 9 pm; Sunday, 11am – 5 pm; closed Mondays, July 4, Thanksgiving, Christmas, and New Year’s Day.
Admission: $7 for adults; $5 for seniors (65+) and UCLA Alumni Association members; free for Museum members, students with identification, UCLA faculty/staff, and visitors 17 and under.
The Museum is free for everyone on Thursdays.