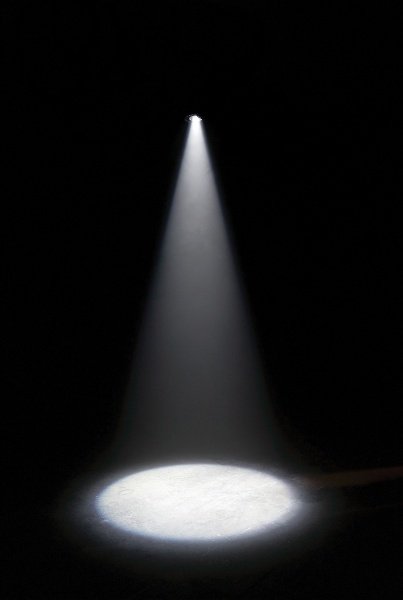 In recent years, television’s "reality" shows and talent competitions, along with Web-based social media, have pioneered new models of cultural participation that offer people a conflicted chance at fame. At the same time, governments worldwide have asserted vast new powers of surveillance, putting unwitting "participants" on an entirely different stage. Against this backdrop, The Talent Show, on view at the Walker Art Center April 10–August 15, examines a range of complicated relationships that have emerged between artists, audiences, and participants in light of the competing desires for notoriety and privacy that mark our present cultural moment. For almost half a century, artists have modeled and exploited these desires and dramatized the complex dynamics that surround them, often engaging people to participate in their work—both with and without their knowledge. Featured in the exhibition, curated by Peter Eleey, are some 20 works by 18 artists: Stanley Brouwn, Chris Burden, Sophie Calle, Peter Campus, Graciela Carnevale, Phil Collins, Philip-Lorca diCorcia, Tehching Hsieh, David Lamelas, Piero Manzoni, Adrian Piper, Amie Siegel, John Smith, Andy Warhol, Gillian Wearing, Hannah Wilke, Shizuka Yokomizo, and Carey Young.

For the 1970 Museum of Modern Art exhibition Information, Adrian Piper (American, b. 1948) installed a visitor’s book on a pedestal, providing a pen and the instruction to "you (the viewer) to write, draw, or otherwise indicate any response," with the disclaimer that "the information entered in the notebook will not be altered or utilized in any way." Visitors filled seven notebooks over the 11 weeks of the show with a range or responses, including political slogans, statements of rebellion and resistance, and declarations of love and artistic identity ("I hereby claim to be an included artist in this show as a result of my presence as justified by my signature"). Pointedly, a number of visitors wrote that they couldn’t write what they wanted because they were being surveilled.

Piper’s invitation finds an echo in London in the early 1990s, when Gillian Wearing (British, b.1963) approached strangers with markers and posters, suggesting that they write whatever they wished and then pose for a portrait with the poster. Wearing’s Signs that say what you want them to say and not Signs that say what someone else wants you to say (1992–1993) gave her subjects a voice, inviting them to participate directly in the creation of their own image. Some 30 years earlier, Stanley Brouwn (Dutch, b. 1935) had also approached passersby on the streets of Amsterdam, but he was asking them for directions. He later signed the sketches people helpfully drew for him as his own artworks, calling into question whether he was in some way misusing these drawings or taking advantage of those who had unknowingly created artwork on his behalf. John Smith (British, b. 1952) takes this one step further in his 1976 film The Girl Chewing Gum, in which the narrator seems to direct the actions of people on the street.

That distinction between willing and unwilling (or unwitting) participants was dramatized in a landmark 1968 piece by Graciela Carnevale (Argentine, b.1942), who quietly left her own exhibition opening and locked the visitors inside the gallery. They eventually escaped through a smashed window, at which time they were presented with a statement Carnevale had written on the ethics of taking them hostage. The action is preserved in a series of photographs taken by a friend of the artist who documented the reactions of the audience to their incarceration and eventual liberation.

Similarly complex ethical questions are raised by other works in The Talent Show, which often involve evolving notions of privacy. Phil Collins’ free fotolab (2009) is a slideshow of private moments from the lives of anonymous people who have sent him unexposed film to be developed. Collins (British, b. 1970) has been collecting such images for years as part of an ongoing project in which the contributors authorize him to keep and use their snapshots in exchange for a set of free prints. A decade earlier, Shizuka Yokomizo (Japanese, b.1966) left notes in peoples’ mailboxes inviting them to stand at their window later that evening at a specified time if they wished to have their picture taken. In contrast to Philip-Lorca diCorcia, who paid male hustlers their regular fees in order to take their pictures, Yokomizo never met her subjects, but photographed them in the intimate settings of their own homes. The resulting portraits sever the familiar connection between artist and sitter, and the blank, searching stares of Yokomizo’s subjects anticipate the combination of anonymity, desire, and exhibitionism that undergirds today’s virtual social networks.

Sophie Calle (French, b. 1953), who has both stalked strangers and had herself stalked by a private detective, undertook a particularly invasive project in 1983 that provided a window into the life of an unwitting man whose address book Calle had found in the street. She returned it to him, but only after photocopying every page. Over the next month, she contacted people listed in the address book and interviewed them about its owner, publishing summaries of these conversations in a daily Paris newspaper. The ways in which these works model control and participation prefigure dynamics that animate a range of cultural forms that have proliferated in the past decade and the concurrent rise in the collection and commercialization of personal information.

Two relics of early Chris Burden (American, b. 1946) performances offer a counterpoint to the publicizing of personal information represented by Calle. As part of a performance in Kansas City in 1971, Burden wore a ski mask during the entire duration of his visit. In another, he disappeared for three days, advising no one of his whereabouts or activities during that time. Burden’s counterperformances point to the ways in which people have variously resisted the coerced exhibitionism of popular culture, dropping out of society to go "off the grid," and more recently, canceling their Facebook accounts.

Alternatively, Tehching Hsieh (Taiwan, b.1950)—who had illegally immigrated to New York in the 1970s and was living in fear of deportation—made a poster in 1978 in which he advertised his illegal status, and encouraged people to turn him in to the appropriate authorities if they saw him.

A vague sense of coercion lurks behind Amie Siegel’s (American, b. 1974) recent work that compiles and edits together YouTube videos of many different people singing the same song. The singers—mostly performing in front of their computers at home—variously adopt poses and conventions from music videos, calling into question the supposed diversity of expression that such new cultural forms claim to elicit. An earlier form of the impulse that Siegel investigates is found in an Andy Warhol (American, 1928–1987) Screen Test that documents an unknown teenager who came by the Factory, one of only a handful of anonymous subjects in Warhol’s legendary project.

Several works bring the dynamics of viewer participation into real time in the exhibition space itself, directly inviting the audience to place themselves on view or watch as others do. David Lamelas’ (Argentine, b. 1946) Limit of a Projection I (1967), a simple theatrical spotlight illuminating a darkened gallery, is an implicit and alluring, if ambiguous, invitation. Similarly, those who elect to stand on the pedestal that comprises Piero Manzoni’s (Italian, 1933–1963) Base magica – Scultura vivente (1961) are instantly elevated to the status of art. Peter Campus’ (American, b. 1937) Shadow Projection (1974) extends this performative invitation to the televisual realm, as visitors step into a spotlight, face a camera, and witness a sort of auto-eclipse of themselves. Through a simple construction, visitors’ spectacularized, on-camera images become visible only in the shadow of their real selves.

Expanding upon the questions begged by Campus’ installation, Hannah Wilke’s (American, 1940–1993) final work, produced after her death, explores the space between our private lives and what we show to the world. Wilke, who died of lymphoma in 1993, recorded her life during its last two-and-a-half disease-ridden years, compiling more than 30 hours of tape that were assembled posthumously into a 16-channel installation. Partly anticipating the world of reality television to follow, Wilke’s moving work urgently asks us why, and under what circumstances, do we place or find ourselves on view? Moreover, what do we gain from such exposure, and how much control, freedom, and dignity are we willing to give up in exchange?

Exhibition Curator
The Talent Show is curated by Peter Eleey, Visual Arts Curator at the Walker Art Center. Before joining the Walker in 2007, Eleey served as Curator and Producer at Creative Time in New York, where he oversaw its program and organized numerous exhibitions, major commissions, and public projects with artists including Doug Aitken, Haluk Akakçe, Song Dong, Cai Guo-Qiang, Jim Hodges, Jenny Holzer, Shirazeh Houshiary, Mike Nelson, and Michael Rakowitz. He most recently organized the Walker exhibitions The Quick and the Dead (2009) and Trisha Brown: So That the Audience Does Not Know Whether I Have Stopped Dancing (2008).

The Talent Show is organized by the Walker Art Center.

The exhibition is made possible by generous support from the David Teiger Foundation and Ann M. Hatch.

The Walker Art Center is located at 1750 Hennepin Avenue—where Hennepin meets Lyndale—one block off Highways I-94 and I-394, in Minneapolis.
Gallery Hours and Admission
Tuesday, Wednesday, Friday, Saturday, Sunday 11 am–5 pm
Thursday 11 am–9 pm
Closed Mondays
$10 adults; $8 seniors (65+); $6 students/teens (with ID)
Free to Walker members and children ages 12 and under.
Free with a paid ticket to a same-day Walker event.
Free to all every Thursday evening (5–9 pm) and on the first Saturday of each month (10 am–5 pm).