The three-part exhibition series focuses on the issues of identity at present, in its multi-faceted and processual form. The artists visualize how the interwoven formation of personal and collective identities paradoxically oscillate between internal and external determinations of the self. On show Friedl Kubelka, Peter Kollerer, Natascha Stellmach, Conny Habbel, Liza Nguyen. 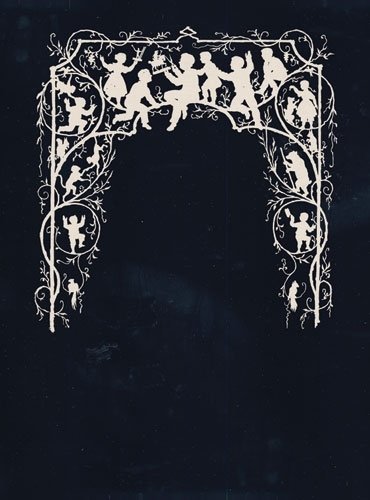 “What constitutes identity today?” is one of the questions posed by the curatorial team at Fotogalerie Wien in the context of the annual Theme of Focus for 2010. The three-part exhibition series focuses on the issues of identity at present, in its multi-faceted and processual form. It includes presenting artistic positions who mirror the inconclusive and, more particularly, the ambiguous aspects of identity of today’s late modernist subject: The artists visualize how the interwoven formation of personal and collective identities paradoxically oscillate between internal and external determinations of the self.

The initial exhibition in this series, IDENTITY I: Biography, reflects upon the relationship of biography and identity, as the “ongoing process of day-to- day identity negotiation”. How does one deal with biographical self- awareness in today’s society? The selected artworks demonstrate how, for any phase of life and developmental task at hand, there exist various contradictory and divergent identity fragments that dominate in any given biography, which must be synthesized through the interplay of demands coming from within and without. Particularly the serial nature of all five of the artistic statements shown refers to the fragmented and inconstant quality of today’s subject.

In her series Go and fight! (since 2002 – work in progress) Conny Habbel vulnerably reveals the contingency of private social structures. The meticulous attention to detail, with which she reconstructs “insignificant” photographs from private collections on-site in the original settings, refers to that which roles are constituted of particularly during certain specific phases of life. At the same time, the re-staged photographs illustrate feelings of instability, sentiments of a young contemporary generation, whose retrospective view of their own biography not only demonstrates the longing for a closeness to their own personal past, but also especially elicits a feeling of uncanniness.

Peter Köllerer’s method can be understood as the pointed de/construction of virtual (pseudo-digital) identities that shifts nonsensical subject lines of spam e- mails to a level of sense. In The Person (2008), he transfers language from the level of communication to one of images by typing out the staccato phrases with a typewriter and then framing them as part of a series. Additionally, for his series Zeichen und Wunder (or Signs and Wonders) (2008) the artist tests the potential of the possible shifting between the loss and promise of meaning. Here Köllerer elicits the anonymous construed cyber-subject, drawing upon the emotionally- laden undertones of e-mail subject headings and carves these phrases into trunks of trees.

Friedl Kubelka’s Jahresportraits (or Year’s Portraits) have been inscribed into the canon of art history: Referring to the first Jahresportrait (1972-73), Abigail Solomon-Godeau describes the artist’s serial process and its accompanied fragmentation as a rejection of homogenous or unalterable identities, ahead of her time. For the last 40 years, cyclically every five years, Kubelka makes portraits of herself on a daily basis for the duration of an entire year. Based on her selection of the self-portraits shown at the Fotogalerie Wien, the artist negates the implied serial character of her work and at the same time she underscores the continuity of melancholy in her life’s story.

Liza Nguyen does not trace her own biographical history, rather that of her father’s, in chronological order and especially following the biography to those places in Paris where her father lived and worked since completing his studies. Her book my father (2003) shows a row of disturbing photographs taken at twilight and devoid of human presence, showing a couple windows radiating in glistening light. Nguyen encounters her father’s previous home in her work Souvenirs du Vietnam (2004/05): The 19 various samples of soil that the artist collected during her trip to Vietnam admittedly aim at dealing with questions of location and migration, yet also with a focus on the traumatic war and its history that is embedded in collective memory.

Natascha Stellmach’s selected photographs, multimedia installations as well as her video work point out that no individual acts in a space free from the constraints of power. Stellmach’s multi-faceted, imagined as well as real view of her own biography uncannily reveals how her family was confronted with the ideologized images of her (supposed) German identity as a consequence of their emigration to Australia. Stellmach’s The Book of Back illustrates how the construction of self, in the sense of a narrative identity, is produced as a dialog: Such narrations connect past experiences with the present and emphasize the negotiation of identity as a process of ceaseless redefinitions.