Behind the Fourth Wall

The exhibition focuses on the medium of the Fourth Wall, including versions such as Bertolt Brecht's alienation effect and specific types of montage in the films of Jean-Luc Godard as examples of techniques for raising awareness of the fictional within the real. A range of media formats are used, from photographs, to slide shows and video installations, though live performance. With works by Harun Farocki, Omer Fast, Michael Fliri, Andrea Geyer, Marcello Maloberti, Aernout Mik, Frederic Moser & Philippe Schwinger... 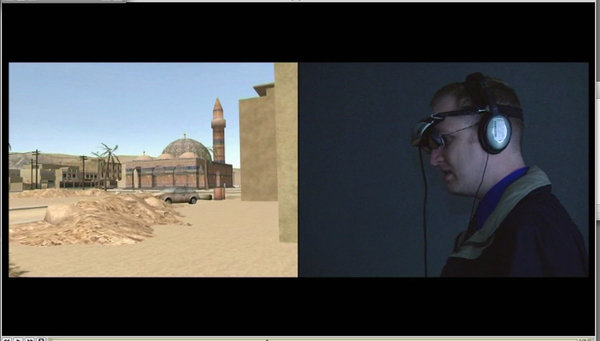 We are aware of the poetry and politics of fiction, the illusions and simulations of the real that shape our thinking and our desires. In spite of this, their power of attraction appears undiminished. According to Jean Baudrillard, the philosopher of simulation, reality has long since disappeared behind its double (what he calls “hyperreality”) and with it the possibility of distinguishing between “true” and “false,” “real” and “imaginary.”

If our experience of the world has become an inextricable weave of fiction and reality, a product of constantly changing media surfaces, then the wish for a sense of orientation is more topical than ever. With the concept of the Fourth Wall, Denis Diderot devised a medium that counters the pull of fiction with reflexive distance. “Behind” the Fourth Wall, eighteenth-century theater was able to stage the world as an imitation of reality without abandoning the distinction between the imaginary and the real. Diderot’s aim was to alter the audience’s perceptions, using an ever-changing interplay of affect and distance to encourage those watching to think and interpret actively.

The exhibition focuses on the medium of the Fourth Wall, including versions such as Bertolt Brecht’s alienation effect and specific types of montage in the films of Jean-Luc Godard as examples of techniques for raising awareness of the fictional within the real. A range of media formats are used, from photographs, to slide shows and video installations, though live performance. Between illusion and reality, the Fourth Wall marks the interface where the constructed nature of reality becomes the central issue. With a wide range of approaches, the featured artists address the question of how reality can be conveyed in images, statements, and signs.

As, for example, when Judy Radul transfers the International Criminal Court from The Hague to the exhibition space, presenting a four-hour reenactment of several cases (including those against Slobodan Milošević and Liberian president Charles Taylor) in which attention is focused on the possibility of portraying and staging “truth.” Radul orients her mise-en-scène towards the organization and deployment of technical apparatus: the camera eye is the director in this theater of controlled views/viewpoints and, as in Diderot’s plays, it creates a performance of observer situations embedded inside one another, allowing reality to be analyzed from different angles.

The picture Aernout Mik gives us in Convergencies is no longer what Roland Barthes calls “a pure cut-out segment with clearly defined edges,” for its edges fray out into an indeterminacy of space and time. Like Harun Farocki’s Immersion , in which the impact of virtual worlds is tested, Mik’s film offers a critical view of the attractive force of media images that renders the world of fiction barely discernible from that of reality. Projected onto two panorama-like panels mounted in a corner, recalling the genre of history painting, we see an endless succession of found footage from international news broad- casters. The material, edited without narrative accentuation or explanatory commentary, leaves the viewer in a state of suspension, without orientation.

In the works by Andrea Geyer, Wendelien van Oldenborgh, and Omer Fast, language is used in various ways as a tool for rendering visible the real in the fictional. In Andrea Geyer’s Reference Over Time , a work made as an immediate reaction to “USA PATRIOT Act II” (a piece of draft legislation from the Bush era that would have given the state pow- ers including the deportation of legal immigrants), stuttering, breakdowns, and Godardian stammering, combined with evident physical discomfort, symbolize the precarious situ- ation of statelessness as an actress reads from Bertolt Brecht’s Conversations in Exile . In No False Echoes, by contrast, Van Oldenborgh creates a many-layered landscape of language and image where a historical text by Indonesian freedom fighter Soewardi Soerjaningrat and debate surrounding the broadcasting policy of Dutch broadcaster Philips Omroep Holland Indië are dissolved in a polyphony of voices located somewhere between fiction and documentation.

In Godville , Omer Fast interlinks two space-time levels (the 18th and the 21st century). Editing together interviews recorded at the Living History Museum in Williamsburg, Virginia, into a seamless narrative, the overlap between fact and fiction is used to lay bare the fault lines between (historical) events, memory, experience, and translation into media. In Farewell Letter to Swiss Workers, Frédéric Moser and Philippe Schwinger present a historical crossover translated into a stage-like video installation: at various locations and in different social groups, the possibility of adapting Marxist discourse to real life is put to the test via theatrical play. In Allan Sekula’s Aerospace Folktales and Ian Wallace’s Poverty, looking behind the Fourth Wall becomes an inquiry into the nature of reality in the photographic image.

While Sekula locates his own family situation within the social and political milieu of the early 1970s, attributing a specific place to the viewer within the setting of his theatrically staged reportage, Ian Wallace transfers the dramaturgy of film into photography, where the supposedly factual (pictures of poverty) has always been based on theatricality, i.e., on the representation of reality. Nothing in Poverty is unmediated or authentic, but there is no doubt about the reality it conveys: behind the photographs with their distorted colors, the perception of reality is revealed as a “cliché.”

How can “truth” be experienced in the drama of gestures that only purport to be authentic? Or, conversely, how does one gain access to the fictions that deceptively present themselves to us as reality?

The works featured here aim to present many-layered reality as something under construction. To this end, they examine (micro)political communities and transform social milieus into theatrical settings, dissecting their structures with the rhetoric of theater and cinema. Documentary, (auto)biographical, and fictional material form the basis for this critical inquiry into the current state of the world we live in.

June 1, 2010, 8 p.m.
Performance by Michael Fliri: Give Doubt the Benefit of the Doubt Michael Fliri is the protagonist of his own performances. They are experimental arrangements and test-runs of the subject against a refractory or indifferent outside world, which ultimately comes to the same thing. Travesty and masquerade transform the antiheroic "heroes" into broad-brush Travesty and masquerade transform the antiheroic "heroes" into broad-brush clichéd figures or beings of indefinite creatureliness. For the Generali Foundation, Michael Fliri performs his solitary and focused act amid the opening-night crowd. He allows us a glimpse, as it were, behind the scenes or the "fourth wall," showing us the "work in its making." First, a make-up artist turns the protagonist into someone else, a hybrid being with anthropoid features which then does some falling practice: testing, for instance, how a murder victim may have dropped—the body outline on the floor marks out the possibility of an envisaged event.

Generali Foundation
Wiedner Hauptstrasse 15 - 1040 Wien, Austria
Opening Hours:
Exhibition Tue to Sun 11 a.m. to 6 p.m., Thu to 8 p.m.
Reference room Tue to Fri 12 a.m. to 6 p.m. and by appointment
Admissions: Exhibition € 6, reduced € 3
Thu from 6 p.m. € 3
Groups (min 3 ppl) each € 4.50
Guided tour admission plus € 2
Tuesdays free admission for students
Accompanying program, reference room, media lounge free
The Generali Foundation is the art association of the Generali Group based in Vienna; its purpose is With the generous support of the support and promotion of contemporary art. Members are the Generali Holding Vienna AG, the Generali Versicherung AG, the Generali Rückversicherung AG, the BAWAG PSK and the Europäische Reiseversicherung.