Events of the Self

Portraiture and Social Identity. The Walther Collection opens to the public with an exhibition of three generations of African artists and photographers and contemporary German photographers. The show comprises a series of four projects filling all nine galleries in the three buildings of the new exhibition space in Burlafingen. On display photographs, video, black-and-white pictures of obsolete modern machinery and archival images. 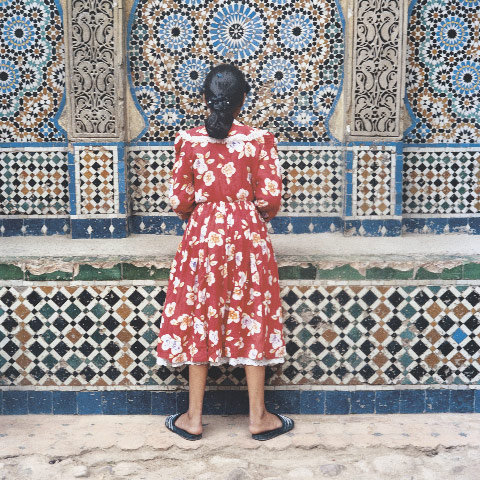 The Walther Collection opens to the public on June 17th, 2010 with "Events of the Self: Portraiture and Social Identity," introducing works from its African collection. Under the curatorial direction of Okwui Enwezor the exhibition comprises a series of four projects filling all nine galleries in the three buildings of the new exhibition space in Burlafingen near Ulm, Southern Germany.

"Events of the Self: Portraiture and Social Identity" integrates the work of three generations of African artists and photographers with that of modern and contemporary German photography. This combination of African and German works will serve as a model for the kind of curatorial process that animates the character of the collecting program. In total, the exhibition presents 243 works by 32 artists. To support this curatorial vision, the galleries of the collection have been proportioned to respond to the different scales of photography and video and are distributed around three architectural typologies which house the exhibitions.

In The White Box a group exhibition of contemporary African artists working with photography, video installation, and slide projection will be on display: The works of artists like Yto Barrada, Romuald Hazoumè, Jo Ractliffe, Guy Tillim, Hentie van der Merwe or Samuel Fosso are organized around the issues of portraiture, portrayal, gender, performance, theatricality, and identity. A second floor gallery is dedicated to the work of Rotimi Fani-Kayode, showing a selection of the large color photographs of the late Nigerian-British artist, whose staged portraits of the 1980s explored issues of sexuality, eroticism, and identity.

A dual exhibition in The Green House focuses on portraiture and the idea of societal transition and social transformation. It features the magisterial and influential portraits of two modern masters: Seydou Keïta (Mali) and August Sander (Germany) and thus presents two contrasting moments of the twentieth century along with the cultural implications of photography in showing the changes these societies were undergoing while the portraits were being made. In both portrait series, the poses and gestures that the sitters adopt in front of the camera suggest the idea of the modern individual.

The Black House presents similar correspondences in the concepts of seriality and typologies in the works of Bernd and Hilla Becher (Germany), Malick Sidibé (Mali), and J. D. 'Okhai Ojeikere (Nigeria). Small selections from the series of black-and-white pictures of obsolete modern machinery by the Bechers, along with the severe black-and-white headshots by Ojeikere, in which he analyzes the subjects' hairstyles, and Sidibé's studio portraits of women and men photographed from the back, all provide a complement of both intuitive and formal approaches in the work of this generation of artists. Included in this group is Santu Mofokeng's The Black Photo Album / Look At Me: 1890-1950, a video slide presentation of archival photographs of working- and middle-class black people dressed in complete Victorian attire dating as far back as the 1890s. The piece examines the anthropology of portraiture, self-representation, and colonialism in nineteenth- and early-twentieth-century South Africa. It responds to the style of anthropological photographic documentations of Africans prevalent in the Victorian era, such as Alfred Martin Duggan-Cronin's photographic studies The Bantu Tribes of South Africa, a ten-volume work, which is presented for the first time here alongside Mofokeng's work.

Publication
Steidl publishes a comprehensive book accompanying the exhibition with full-page reproductions of the works in the exhibition, marking the starting point of the publication program at The Walther Collection. The book is edited by Okwui Enwezor and includes contributions by himself as well as Virginia Heckert, Kobena Mercer, Santu Mofokeng, Chika Okeke-Agulu, Gabriele Conrath-Scholl, Deborah Willis and a conversation between Willis E. Hartshorn, director of the International Center of Photography (ICP) in New York, and Artur Walther.

The book is divided into several component parts addressing the particular attributes of each given oeuvre. Each contributor has written a carefully considered analysis of the key works of modern and contemporary African photography, as well as two important examples of German photography in the collection. With the exception of a few images, almost all works in the exhibition are reproduced.

The Walther Collection
Reichenauerstrasse 21 - 89233 Neu-Ulm / Germany
The exhibition will be open every week from Thursday to Sunday 11am-5pm, by appointment only.
Admission is free.