Part of the 6th Berlin Biennale 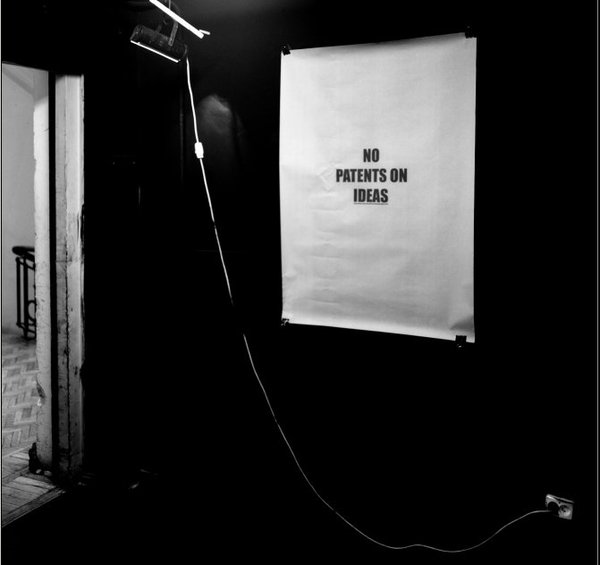 Based on Pierre Klossowski, directed by Pierre Bal-Blanc

The evolving and itinerant exhibition project La monnaie vivante, characterized by an unstable format and an open content, strives to establish a dialogue between the manifold current and historic examinations of the body in the fine arts as well as with notions of the body within the domains of dance, music, and theater. Conceived in 2006 in a Paris dance studio, the exhibition was presented in 2007 on the stage of STUK kunstencentrum in Leuven/Belgium as well as in 2008 in London, at the Tate Modern’s Turbine Hall. In early 2010, a new version was created in cooperation with the Museum of Modern Art in Warsaw for the local Teatr Dramatyczny, a classic proscenium stage. For the 6th Berlin Biennale, a further variation of La monnaie vivante will be performed at Hebbel am Ufer (HAU), a theater that offers a comparable stage setup.

La monnaie vivante is based on a practice of exhibition making that postulates that memory is not an archive. The project’s goal is to demonstrate this through performance as well as through both older and more recent works by visual artists that explore the relationship between the body and a reality shaped by economic systems. These are works that cannot be reduced to material objects or to the documentation of an action. Instead, they are brought into the present through their bodily presence in time and space. The artists, who refuse a linear view of history, react to the "impure" and unfinished character of the present by exploring objects, protocols, sceneries, scores, or regulations that recur in our daily routine. Thus the artists bring the viewers into the paradoxical situation of a social "inter-passivity," which influences our present. The exhibition’s concept investigates the works’ active dimension—an approach that results in overcoming museum constraints that "neutralize" access to the artworks in order to guarantee their historical record. In addition, this is also a way to circumvent market criteria. The latter attempts to prevent such artistic strategies in favor of products that do conform to the market. The situation that the exhibition project creates is opposed to a normative reality that claims to be the only valid model. By multiplying the reservoir of parameters—conveyed through the objects, protocols, sceneries, and scores—the project points beyond the deconstruction of reality and instead pleads for a construction of reality.

La monnaie vivante unsettles the division between audience and stage in the theater. The mode of appearance of the works dissolves the codes of theater through a live experience. The staging becomes a collaborative work in real time between the curator, the artists, and the participants, one that is determined by the rhythm with which the audience moves through the space. The exhibition takes place in the "here and now," divorced from the chronological relationship with the works and in distinguishing the successive stages of production, from the rehearsal to the live performance. The events either follow one another or take place simultaneously; their visibility and their reading depend on the intensity of the relations between the participants. The visitors become actors in a process, and they decide its duration—an hour, an entire day, or perhaps returning the next day.

"La Monnaie vivante" is part of the 6th Berlin Biennale for Contemporary Art and is being organised in co-operation with HAU and the Centre d’art contemporain de Brétigny (CAC Brétigny).
The project recives generous support by CULTURESFRANCE, Paris; Italian Cultural Institute Berlin; and the State Co-operation for Spanish Cultural Action Abroad (SEACEX), Madrid.